With January less than a month away, the transfer rumour mill is again churning the latest footballing gossip on who is going to move where.

Arsenal is synonymous with transfer rumours, and usually their lack of materialisation. A transfer that does look like it could be true, according to many of the papers at least, is Nolito to the Emirates.

The Spaniard is probably an unknown quantity to many outside Spain, so who is he?

Nolito, or Manuel Agudo Duran as only his mother would call him, was born on 15 October 1986 in Sanlúcar de Barrameda, in Andalusia in Spain. He spent most of his youth career at local fourth division team Atletico Sanluqueno, as well as a short period with Valencia.

The Spaniard made his first career appearances at Ejica in the third division of Spanish football, before moving to Barcelona two years later.

Nolito moved to Barcelona at 22, contrary to believe that he came out of the club's famous La Masia youth system. He played predominantly for the 'B team' mainly in attacking midfield (left sided), scoring 16 goals in two seasons as they were promoted to the second division of Spanish football. Nolito made his first team debut in November 2010, scoring his first goal a month later. He rejected a contract at Barcelona and moved to Portuguese giants Benfica that summer. He won the Taca da Liga with the Lisbon club in his 18 month spell, before moving to La Liga side Granada on loan. 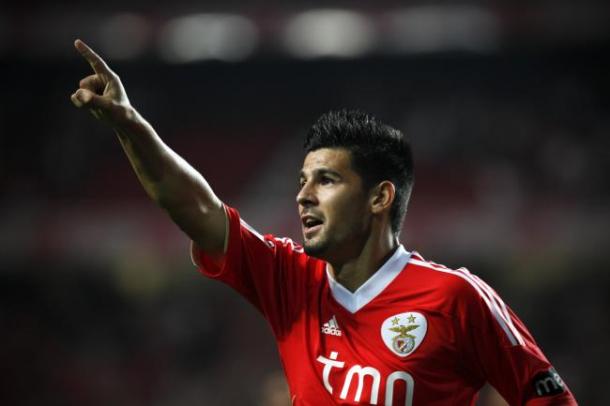 Celta Vigo is where Nolito finally made his mark

A reunion with former Barcelona B manager Luis Enrique was fulfilled for Nolito when he left Benfica for Celta Vigo. He finished his debut season with 14 goals, and Celta finished ninth only behind Valencia on goal difference. Enrique was lured back to Calatonia to manage Barcelona but Nolito stayed with Celta.

Os Celestes finished 8th in La Liga the next season, in which Nolito was awarded with his first La Liga player of the month award and his first cap for Spain. The 29-year-old finished the season with 96 goal scoring opportunities created, more than any other player in Spain and the fourth most of any player in Europe's top five leagues.

Nolito had a blistering start to the 2015-16 season. By the end of September he had already scored 5 goals, one in Celta's 4-1 win over Barcelona. He won the September player of the month award for his efforts that put Celta in the Champions League spaces. They are currently 4th in La Liga, with Nolito having eight goals and four assists to his name so far this season.

Speculation over a move to Arsenal has been rife, but Barcelona could be another option for Nolito who has reportedly rejected a contract offer from Celta. Despite launching himself onto the European stage late in his career, Nolito will be one to watch and his transfer saga may drag out through January and maybe even into the summer.

Willian's Revival: is the Brazilian finally getting back to his best? 6 days ago

Pablo Marí: The Placid Presence In Arsenal's Defence 5 days ago

Kieran Tierney: The positives of his return 12 days ago

Bellerin or Cédric: Who should Arteta's first choice be? 13 days ago