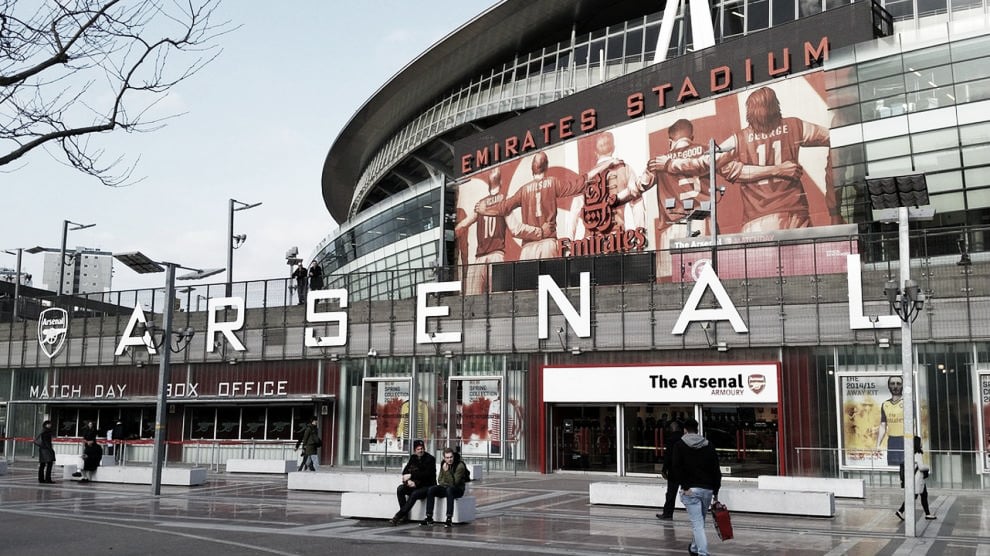 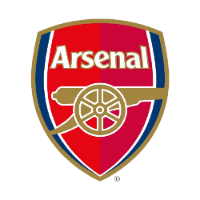 Arsenal Football Club was the first club from the south of England to join the Football League in 1893, reaching the First Division in 1904. It has gone on to become one of the most successful clubs in English football, winning 13 League titles, a record 13 FA Cups, 2 League Cups, 15 FA Community Shields, 1 Centenary Trophy, 1 UEFA Cup Winners' Cup and 1 Inter-Cities Fair Cup.

The club was formed in October 1886 by David Danskin and 15 fellow munitions workers in Woolwich as Dial Square, before taking the name Royal Arsenal FC where they played their games at the Manor Ground. Winning their first trophies in 1890 and 1891, the club turned professional, renaming themselves for a second time.

Under their new name, Woolwich Arsenal, they became the first southern member of the Football League, starting out in the Second Division, winning promotion to the First Division in 1904. Despite good fortunes on the pitch, the background picture was far bleaker. Falling attendances and financial difficulties in tandem with the development of more accessible football clubs elsewhere in London saw the club crippling towards bankruptcy by 1910.

Henry Norris and William Hall soon became involved in the club, moving Woolwich to Highbury, North London following the club's relegation back to the Second Division in 1913. Consequently, the club were immersed in another name change - The Arsenal.

The Arsenal were given promotion to the newly enlarged First Division in 1919 instead of relegation local rivals Tottenham Hotspur, and in the years following, dropped 'The' in official documentation, shifting their name to Arsenal as it is known today.

A new stadium, promotion to the First Division and record attendances saw Arsenal’s stature grow considerably, luring Huddersfield Town boss Herbert Chapman to London in 1925 to mark the start of a new dynasty over the next five years. Appointing trainer Tom Whittaker and signing youngster such as Cliff Bastin and Eddie Hapgood to match stars like Alex James, the London club were on the map as an economic powerhouse in England.

Under Chapman’s tutelage, Arsenal claimed their first national trophy in 1930 with the FA Cup. Directly followed up by two League Championships in 1930-31 and 1932-33 marked a strong era for the club. However, tragedy struck with Chapman dying on pneumonia in the midst of the 1933-34 campaign. With the club left in the hands of Joe Shaw and George Allison, Arsenal secured another three League Championships in 1933-34, 1934-35 and 1937-38 alongside the FA Cup in 1936.

World War II saw the Football League suspended for seven years, but Arsenal returned, bouncing back in familiar style. In his first season as manager, Tom Whittaker, who succeeded Allison, won the title in 1947-48, thereby equalling the Champions of England record. Arsenal won a third FA Cup in 1950 before a record-breaking seventh championship in 1952-53.

However, the war had taken its toll on football across the globe, with Arsenal having more players killed than any other top-flight club while debt quashed the clubs previously lucrative resources.

The Gunners didn’t win the League or FA Cup for another 18 years, failing to attract quality recruits in place of an ageing squad. In place of trophies, Arsenal were reduced to the middle of the pack for most of the 1950s and 1960s, with England captain Billy Wright unable to turn the tide in a stint between 1962 and 1966.

Club physiotherapist Bertie Mee was appointed acting manager in 1966 alongside assistant Don Howe. Recruiting Bob McNab and Goerge Graham, Mee brought some hope back to the club via two League Cup finals in 1967-88 and 1968-69. What transpired was a major upturn as Arsenal secured their first competitive European trophy, the Inter-Cities Fairs Cup.

The tip of the iceberg was to come later, however. Indeed, in 1970-71, Arsenal won their first League and FA Cup double alongside a new Champions of England record. This marked a high point for the club, before another slump ensued. FA Cup runners-up in 1972 and First Division runners-up in 1972-73; a succession of near misses.

In 1976, former-player Terry Neil succeeded Mee, becoming the youngest Arsenal manager to date at the age of 34. Liam Brady, Frank Stapleton and new signings Malcom Macdonald and Pat Jennings were the new crop of talented stars in the side, steering Arsenal to a trio of FA Cup finals in 1978, 1979 and 1980, narrowly missing out on the 1980 European Cup Winners’ Cup Final on penalties. However, the club did seal yet another FA Cup following a classic 3-2 showdown with Manchester United in 1979.

1986 saw George Graham return as manager, delivering Arsenal’s first League Cup a year later during his first campaign in charge. Lee Dixon and Steve Bould marked two of Arsenal’s best players during this time alongside existing player Tony Adams. All three culminated in further glory for the Gunners, immediately securing the 1988 Centenary Trophy, followed up by a Football League title in 1988-89 curtesy of last-gasp goal in the final game of the season against title-rivals Liverpool.

Graham would secure another title for Arsenal in 1990-91, losing just one match along with the FA Cup and League Cup double in 1993 and a European Cup Winners’ Cup a year later before his tenure was cut short in 1995 following a dismissal. His replacement, Bruce Rioch, stayed for only one campaign after a dispute with the board of directors.

The following year saw a transformation of epic proportions at Arsenal under Arsene Wenger, who established a supreme dynasty in London from 1996. Introducing electric and attacking football based on a possession-intensive philosophy that laid emphasis on fitness regimes and dieting, Wenger stretched every ounce out of his players.

Securing talents from his homeland France in Patrick Viera and Thierry Henry, Wenger led Arsenal to a second League and Cup double in 1997-98 before a third in 2001-02.  A UEFA Cup final in 1999-2000 and FA Cup triumphs in 2003 and 2005 were delivered, but Wenger’s greatest achievement came via a Premier League title win in 2003-04, where his side went the entire campaign without losing a single game, thereafter known as “The Invincibles”, with a run of 49 league matches from May 2003 to October 2004 entering the record books.

Wenger was Arsenal’s longest-serving manager, securing a first or second place finish in the league in eight of his first nine seasons at the club. Indeed, he also led Arsenal to the Champions League final in 2005-06, where they became the first London club in the competition’s history to reach the final before losing to Barcelona. In 2006, the club parted with their historic home at Highbury, moving to the Emirates after 93 years and reaching the League Cup final in 2007 and 2011.

Enduring a period of no major trophies, the arrival of Mesut Ozil saw Wenger bring home another FA Cup in 2014, appearing in the same competition final for the second time in a row a year later, becoming the most successful club in the tournament’s history with 12 titles – later to be tied by Manchester United before Arsenal’s 13th in 2017. That victory saw Wenger become the first manager in English football history to win seven FA Cups.

However, a 5th place finish in the Premier League marked the first time the club had finished outside the top four since Wenger arrived, with a similarly unspectacular campaign the following year resulting in the Frenchman announcing his departure in April 2018 after 22 years. A managerial pioneer who changed the face of English football as we know it, Wenger epitomised Arsenal Football Club to a tee.

What’s transpired since has been a rigid overhaul of the club from top to bottom, with successor Unai Emery struggling to improve on Arsenal’s league position but forging some optimism with a strong Europa League campaign that saw them come in as runners up. Ultimately such hope was short lived; the Spaniard struggled to make his mark at the Emirates and was dismissed after a 2-1 defeat to Eintracht Frankfurt in the Europa League group stages following a seven-game winless run in all competitions.

Following a short interim period with Freddie Ljungberg as manager, Arsenal appointed former midfielder and captain Mikel Arteta as their new head coach, and while it remains early in his tenure as Arsenal manager, there are sure fire signs that the club are once again on the path of re-finding an identity that became so strong under Wenger.