When Alan Pardew left Newcastle United two days before the start of the New Year, many fans believed it would be the start of a wonderful new chapter in the Magpies history books. How wrong they were.

2015 started with John Carver being appointed manager until the end of the season. This wasn’t a particularly popular decision amongst supporters on Tyneside at the time and as his tenure went on, it only became more disappointing.

Carver’s first win came at the KC Stadium at the end of the January when Newcastle beat Hull City by three goals to nil. However, it took the Premier League club another month to register their next win as they started to fall down the league table.

The situation worsened in March and April. Eight straight defeats in the league, including a 1-0 defeat against rivals Sunderland, left Newcastle in real trouble of being relegated come the end of May. Fans of the Toon Army all shared the same view that local lad  Carver should categorically not be given the job on a permanent basis.

Newcastle went into the last game of the season against West Ham knowing that Hull City had to beat Manchester United to have a chance of staying up. As it went, Hull could only manage a 0-0 draw which meant whatever happened at St James’ Park, Newcastle were safe. Despite this, what unfolded on that day in May well live long in the memory of fans, but not because they survived relegation.

Jonas Gutierrez was still a player at Newcastle at the time and despite being told to find another club when he was diagnosed with testicular cancer, he had overcame the disease and managed to fight his way back into the first team fold. Gutierrez scored with less than ten minutes remaining against West Ham to ensure Newcastle would remain in the top flight but the goal meant so much more due to huge popularity of Jonas and the displeasure fans felt at the way he was treated by the Newcastle United hierarchy.

The final game of the 2014/2015 also saw Newcastle owner Mike Ashley give his first televised interview since taking over at the club. Ashley spoke to Sky Sports before the game and insisted he would not sell the club until Newcastle had won a trophy or qualified for the Champions League. The news was met with negative reactions from the supporters but Ashley's promise to invest money in transfers was one positive the fans could take.

Newcastle went on to spend more than £50m in the summer. Signings included Florian Thauvin, Georginio Wijnaldum, Aleksandar Mitrovic and Chancel Mbemba from Marseille, PSV Eindhoven and Anderlecht respectively. Steve McClaren who had suffered a poor second half of the season at Championship side Derby County was appointed as manager in June. In his first interview at the club, McClaren said a top eight finish and a successful cup run was the aim.

The McClaren era got off to an uncertain start. Encouraging draws against Southampton and Manchester United weren't followed up with wins as Newcastle lost at Swansea and at home to Arsenal. Newcastle were bottom at the end of August. September wasn't much better as Newcastle could only manage one point out of a possible nine in the league. Sheffield Wednesday also knocked them out of the League Cup in the third round. 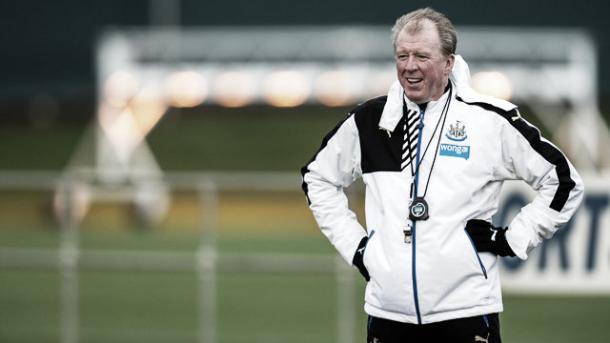 The next month started brightly, well until the second half of their first October match against Manchester City anyway, in which Sergio Aguero netted five times. The Geordie supporters were already calling for the head of McClaren. The next week Newcastle picked up their first win of the campaign as they put six past Norwich, with new addition Wijnaldum scoring four times. The positive atmosphere around the club lasted just one week however, as the boys in black and white travelled across the river for the first local derby of the season the following week and were thrashed 3-0 by Sam Allardyce's Sunderland.

Since then, Leicester City, Crystal Palace, Everton and West Brom have picked up maximum points from the North East outfit. Surprise victories against Liverpool and Tottenham Hotspur this month may have bought McClaren some much needed time to save the sinking ship.

It is worth noting that it wasn't just on the pitch matters that made 2015 a poor year for Newcastle. Fans are currently mourning the death of former goalkeeper and adopted Geordie, Pavel Srnicek, who recently passed away after suffering a heart attack.

Heading into 2016, Newcastle unsurprisingly sit in the relegation zone. Nothing is certain with this football club, apart from the fact next year will no doubt be as crazy as ever on Tyneside.

"Giving their all": Eddie Howe's post-Burnley quotes a month ago

The Warm Down: Newcastle sign off to Geordie faithful in style 2 months ago

"I felt that individual mistakes cost us today": The Key Quotes from Eddie Howe's Post-Manchester City Press Conference 2 months ago