Barnsley manager Lee Johnson has shared that he is upset that the club have lost the services of Ben Pearson as the player made his way back to Manchester United before the January transfer window.

Pearson spent some time at the Football League One side and the manager has nothing bad to say about the 20-year-old.

After the midfielder played in United’s under-18 side and the under-21 side, the praise will come to no surprise from fans as he has shown his physicality and maturity in every game he played. 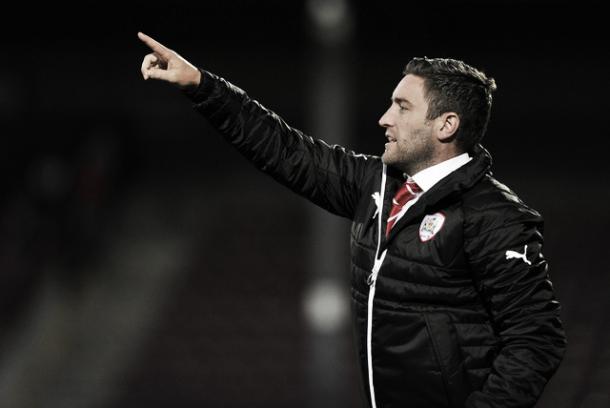 Lee Johnson has nothing but praise for the under 21 Manchester United player Ben Pearson (Photo: Getty Images via Barnsley Chronicle)​

The manager said that, one year ago, he would have stuttered after being introduced to a game but now, "he's come through it." Johnson went on to say that Pearson, technically, is "fantastic." He also complemented his passing, maturity and physicality when he plays. He added that the player had improved massively whilst he was on loan.

Pearson made nine appearances for the under-21 side at United before he made the loan move to Barnsley, and all of the interviews around the player have expressed praise about his maturity improving with game time.

Some players have even gone to the extent to saying that there isn’t another midfielder at the under-21 level of football like him. He plays an unselfish role in the middle, feeding the ball to anyone who is free around him.

He still hasn’t been given the time that he deserves at United and is still waiting for his first team debut at the club. With Louis van Gaal giving a lot of youth players game time this season, Pearson should one of the first names on his list.

Due to the problem with game time at United, Pearson has now been linked with a move away from Old Trafford upon his return. Reports have specified that both newly-promoted Premier League side Bournemouth and Championship side Preston North End are interested in his services.