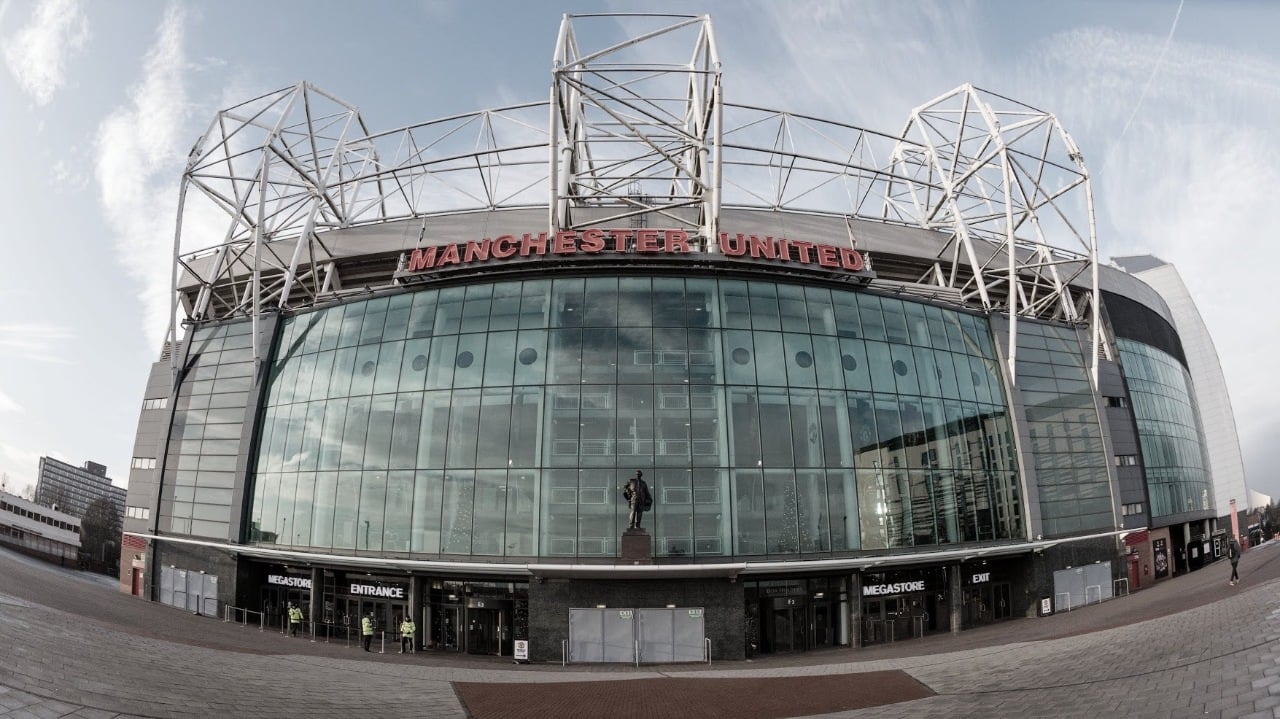 Manchester United was founded as Newton Heath LYR Football Club in 1878. The owners of the Lancashire & Yorkshire Railway company permitted the workers to form a football club to keep them in good shape and occupy their time. It was one of the most common ways in which football clubs were founded at the time; the other being through churches who wanted to keep young men out of the pubs.

Newton Heath struggled in the early days. Alf H. Albut was the first 'secretary' and he worked tirelessly to avoid the folding of the club, who attracted some lively characters in its early days. Albut was a schemer, the Del-Boy of Newton Heath. He became the club’s first full-time employee after they entered the Football League in 1892.

A team of brutes was formed with the fantastically named Caesar Lleywyn Jenkyns at the forefront. The Welsh striker, who also played for Arsenal, could be most aptly compared to Brutus in his violent playing methods, not Caesar.

In 1888, Newton Heath joined The Combination, a league trying to compete with the Football League. It failed. It was set up by Crewe secretary James G Hall. Crewe had just reached the FA Cup semi-final but were beaten by Preston North End at Everton’s home ground, Anfield.

Football was in its formative years. Teams were playing with a 2-3-5 formation; club managers were known as secretaries and the team was selected by a selection committee. Referees stood on the touchline to call the game and goalkeepers were known as ‘custodians’. Kits were uniforms. The two-handed throw-in had just been introduced in 1882, the crossbar had only just become an idea and was actually just a ‘cross-tape’, captains only came about in 1886 and goal nets didn’t yet exist. Professionalism had only just been permitted by the Football Association.

Newton Heath, who played in green & gold, were hardly the model professional club. The pitch at Newton Heath was described in the History of the Lancashire FA as “in places hard as flint, with ashes underneath that had become like iron and in others thick with mud.”

The club’s own description of it just after the turn of the century was: “little more than a clay pit, its surroundings a quagmire.” Newton Heath changed colours from green and gold to blue and white.

But by 1902, Newton Heath's financial troubles had really come to the fore. Any money raised from matchday ticket sales was taken immediately by debt collectors. Court cases were heard and the club were constantly given a longer and longer deadline to find money to stay afloat.

Through the coming together of a dog, an account and a rich brewery owner, Newton Heath were saved. For more on that story, listen to the podcast below.

In came John Henry Davies, a rich local businessman with a keen interest in sport. He developed into an avid football fan who followed his club around the country. As he arrived at Clayton, a new name was needed for a fresh start. Ardwick FC had already been renamed to Manchester City. And so Newton Heath were now called Manchester United, a name chosen ahead of other suggestions such as 'Central' and 'Celtic'. The colours, at the same time, were changed to red and white.

In 1903, then-secretary James West resigned after allegations of financial misconduct. Heroic captain Harry Stafford also began to leave the club as he faced punishment from the FA for his role in the alleged wrongdoings. United had been paying players under the table, giving dubious signing on fees and doing plenty of other under-hand dealings including cooking the books.

Ernest Mangnall took over as the club's secretary having helped Burnley, only 30 miles up the road, through years of financial strife. Mangnall was a fitness fanatic who believed in "the mumbo-jumbo of ball starvation", as author Ean Gardiner wrote in his biography of Harry Stafford.

But with the help of Stafford, Davies' money and the young Louis Rocca, Mangnall managed to bring in a whole host of fantastic players. By 1907, United had been promoted to the First Division. In only their second year, 1908, they became Champions with the formidable backline of Duckworth-Roberts-Bell, the Welsh wizard Billy Meredith on the wing as well as Sandy Turnbull up front. Harry Moger proved a fine goalkeeper, too. United followed up league glory with victory in the FA Cup in 1909.

Mangnall would be in charge of United as Davies provided the funds for a move to the glamorous Old Trafford stadium. The Reds had moved across the city, causing some controversy, but now occupied the finest football stadium in the land. Mangnall crowned it with another league title in 1912 before leaving United to join rivals City.

A mixture of great players leaving and the First World War left United struggling dearly. They would hardly recover until 1931 when, once again, financial problems came to the forefront. This time James W. Gibson stepped in, a manufacturer of army clothing and supplies. He was approached by a local football journalist and agreed to pump money into United. Once again, the club were on their way back to glory. It was only temporary, though. But United had laid the foundations for success with the foundation of MUJAC, the Manchester United Junior Athletic Club. It was one of football's first proper academies and started producing good talent pretty quickly. Louis Rocca and Walter Crickmer helped to set it up and scoured Greater Manchester for the finest talent in the land. Johnny Carey and Stan Pearson were two of the best initial players off the production line.

Both would play in the 1948 FA Cup Final. Matt Busby had taken over as manager after an approach from Rocca at the end of the Second World War. United's Old Trafford stadium had been wrecked by Hitler's bombers and Busby arrived at a club in dire straits. He brought in Jimmy Murphy as his assistant after working with him during the war. The pair were a serious force and the '48 Cup glory was well deserved. But from there, Busby quickly had to rebuild his team. Many of the players who helped him to glory were nearing the end of their careers after having them disrupted by war.

The Busby Babes began to be developed over the 1950s, coming out of MUJAC. Rocca had passed away and Joe Armstrong had become the crucial Chief Scout in charge of finding the best talent. Murphy trained them up to be world-class first-team players. By 1958, Busby arguably had the best team in the world. But then, as United made their way back from Belgrade, their British Airways flight crashed in the Munich snow. Eight first-team players passed away as well as members of the coaching staff in Walter Crickmer and Tom Curry. Journalists perished too.

At home, Jimmy Murphy kept the red flag flying high and demanded to United's owners that the show must go on. Battling away the grief, he worked night and day to keep United going. As Busby recovered in a Munich hospital, and big Duncan Edwards eventually passed away from his injuries, Murphy assembled a team that reached the FA Cup Final. Busby attended to see his new team be beaten. It had been a heroic effort.

10 years later and Busby had created another great team, this time headed by the Holy Trinity of Charlton, Best and Law. Alex Stepney had been brought in goal and the team was littered with brilliant youthful talents, including Brian Kidd. Kidd was one of the scorers as United finally achieved European Cup glory, a decade on from the Munich Air Disaster.

Busby's team began to fall apart as the 1970s came around. He retired, chose his successor as Wilf McGuinness and then took over again only months later. Frank O'Farrell tried and failed. Tommy Docherty, aka The Doc, had some great success. His United side, followed across the country by 'The Red Army', were adored. They played fast, attacking football. After relegation to Division Two, The Doc guided United back up in style as champions. In 1977, they were FA Cup champions again. Docherty had managed to break United free of Busby's era.

After Docherty announced he had left his wife for the wife of United's club physiotherapist, he was sacked. His replacement, Dave Sexton, could only win 40% of his matches in a miserable tenure from 1977-81. Ron Atkinson brought some cups between 1981 and 1986. Unlike Sexton, Atkinson was an easy-going character. He never finished outside the top four in the league, won an FA Cup in 1983 and reached the League Cup final. In 1984, United achieved famous victory over Barcelona, much in part thanks to the greatness of Captain Marvel Bryan Robson. In 1985, another Cup came. But at the end of the 1985-86 season, Atkinson offered his resignation. He believed he'd taken United as far as he could. He was convinced to stay but a poor start to the season left him sacked and replaced by Sir Alex Ferguson.

The era that followed is known all across the globe. Ferguson rid United of its drinking culture, brought in new players, revamped the scouting department. He struggled initially, and fans bid him farewell, but the support of Sir Bobby Charlton was key in Ferguson keeping his job, and it paid off. An FA Cup came in 1990, just when it was needed. That was followed the Cup Winners' Cup in 1991 as United, and Mark Hughes, made history in Rotterdam.

In 1993, Ferguson guided United to the first Premiership title. A double followed in 1994. Another one came in 1996. The treble loomed large in 1999 when Ole Gunnar Solskjaer tapped in at the Nou Camp. A rebuilding job followed and Cristiano Ronaldo and Wayne Rooney were at the heart of it. A third great team had been created and United were European champions again in 2008. Three consecutive Premier League titles were won and a couple of League Cups.

In his final season, Ferguson lifted a 13th Premier League title, taking United's total up to 20. David Moyes took over and sparked the start of a miserable five years. He was sacked after seven months. Ryan Giggs took temporary charge before becoming Louis van Gaal's assistant. The Dutchman's playing style was too boring and too ineffective. Jose Mourinho came in. He was surely to be the instant guarantee of success and for a time, it looked that way. He lifted the League Cup and UEFA Europa League in the 2016/17 season. But things soon crumbled. Ole Gunnar Solskjaer came in as interim manager in December 2018 and enjoyed an incredible start to life at the club. Win after win brought smiles back to the faces of fans at Old Trafford and he was given the permanent job after a record-breaking win against Paris Saint-Germain in the UEFA Champions League. Perhaps it was too soon. Solskjaer's United faded away over the backend of the season and continued to struggle into the 2019/20 season. Good results soon returned and the signing of Bruno Fernandes sparked a second-half of the season revival before football paused due to the coronavirus.