Holders have it easy

The current holders, Chelsea romped to an easy 6-0 win over WSL 2 side, Aston Villa.

The Villans battled their way to half time trailing by only one goal courtesy of Drew Spence, but after the hour mark the Blues started to make their dominance count as the flood gates opened.

Ji So-yun grabbed the second goal just after the hour mark before Fran Kirby added a third five minutes afterwards. Ji notched her second five minutes from time before Eni Aluko, off of the bench, fired home in stoppage time.

There was still time yet for the young Korean attacker to complete her hat trick; Ji taking the match ball home for her troubles, Aston Villa with a sobering trip back to the Midlands.

Penalties required for the Gunners

Elsewhere in London, last year’s runners up, Notts County, had travelled to Boreham Wood to face an Arsenal side that wanted to add to their rich history in this competition.

Notts had shaded the first half, and had come from a goal down – a wonderful curler from hall-of-famer Kelly Smith – to go into the break with a 2-1 advantage. Goals from Sophie Bradley-Auckland and debutant Aivi Luik gave them their half-time cushion.

Arsenal started their onslaught of the County goal in the second half though and, after former-Gunner Ellen White was given her marching orders (a second yellow for kicking the ball away), it was just a matter of time until they equalised. Natalia Pablos, fresh off the bench, gave the hosts the goal they needed in the 80th minute.

The Lady Pies continued to stand up to everything Arsenal were throwing at them through the remainder of the match, and all the way through extra-time, only to succumb to sudden-death penalties.

Many expected a rout in Manchester, but the game finished 2-0, a very respectable scoreline and a huge credit to Albion who ran themselves into the ground doing their best to match City every step of the way.

Nikita Parris opened the scoring inside of the first 10 minutes and, half way through the first-half, Jane Ross added her second in as many games for the Sky Blues as they comfortably went through.

WSL 1 new girls Reading faced a second trip to Hetton-le-Hole in eight days to play established side Sunderland in the final quarter-final.

Last weekend when the two had met in the league, the game had finished 1-1, with them unable to be separated at the whistle. However, it was quite a different story today.

It was a close contest for the first half hour, but the Lady Black Cats started to pull away before Beth Mead broke the deadlock 10 minutes before half time; Victoria Williams adding a second five minutes later.

Try as they might to get back into the game in the second half, Reading just couldn’t find the breakthrough and instead Brooke Chaplen added a third for the hosts deep into second half stoppage time.

The draw for the last four will take place on Tuesday afternoon, starting at 1.30PM (BST).

Southend United 0-0 Crawley Town: Time is running out for Blues amidst Phil Brown return 2 hours ago 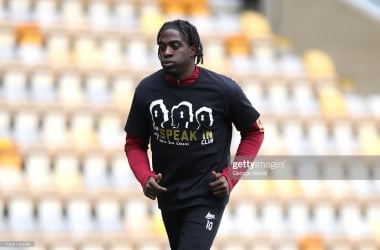 Should Newcastle United keep three centre-backs against Burnley? 5 hours ago 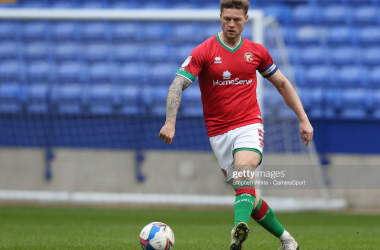