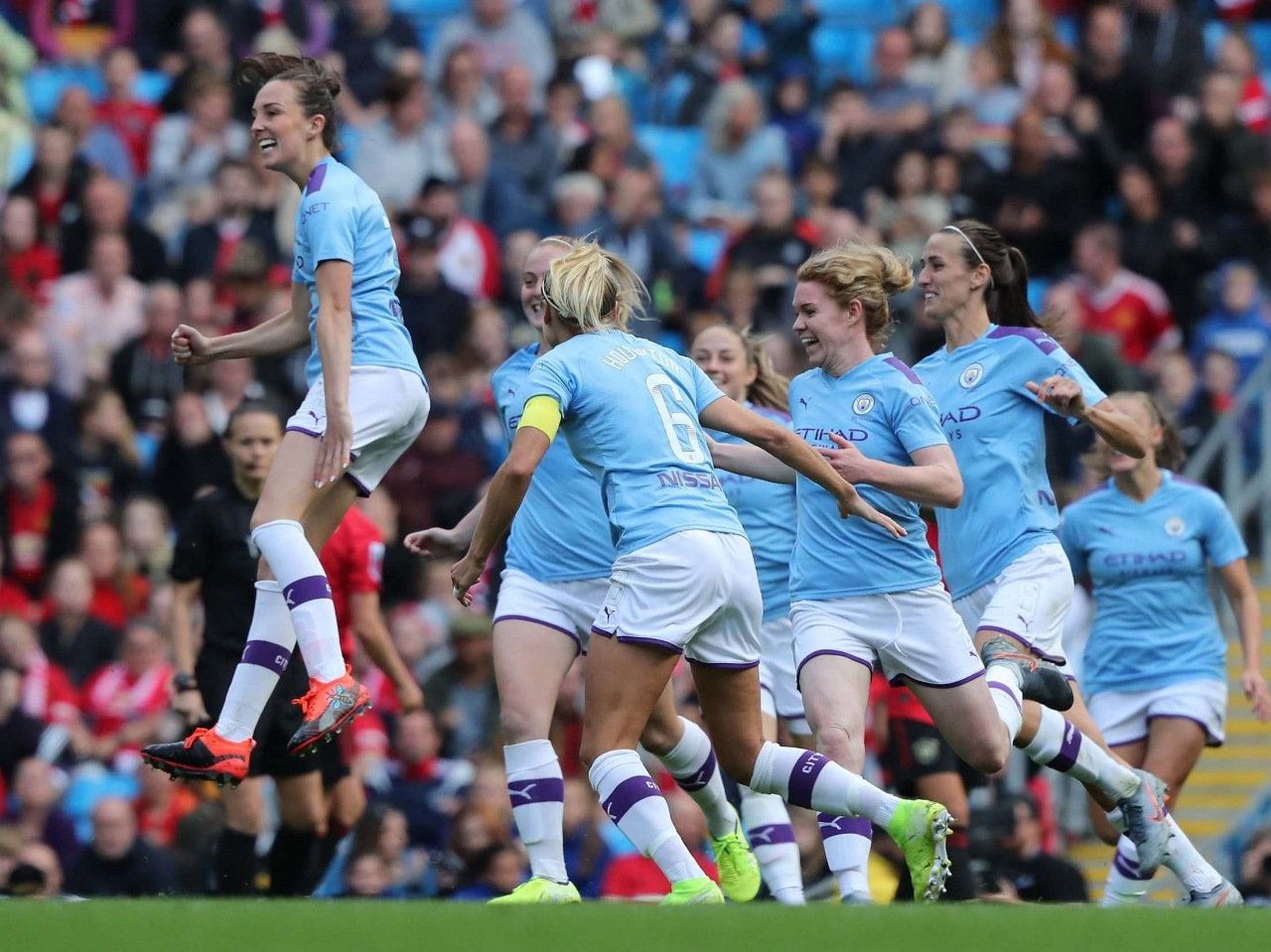 Formed in 1988 as Manchester City Ladies, the club currently managed by Alan Mahon is one of the most successful in recent history across the Women’s Super League. They are affiliated with Manchester City FC and play their matches at the Academy Stadium, part of the new Etihad Campus development built around the City of Manchester (Etihad) Stadium.

Created in November of 1988 by City Community Officer Neil Mather, their first match was played at Boundary Park against Oldham Athletic’s Ladies’ team on the ‘plastic’ (artificial) pitch, a side who would go on to be renamed as Oldham Curzon before eventually joining as part of Curzon Ashton and being the club’s official Women’s side. This game was won 4-1 by the blues, and after a season of only able to play friendlies,  they joined the North West Women's Regional Football League. The team wore replica kits of the men’s side and had some financial support from the club.

Between 1988 and 1996, the blues established themselves in the top flight of the NWRFL, but as is so often the case in the Women’s game, a lack of financial independence resulted in relegation. This coincided with the men’s side’s fall from the Premier League in the 1995/96 campaign, and a lack of funding for the then Ladies team, and poor conditions at their previous ground of Platt Lane caused a series of fixture postponements.

After relegation, the club was reorganised and Derek Heath at the helm, a coach from Stockport County Ladies who had made the move to nearby Manchester club after their reluctance to affiliate with Stockport County’s men’s side. He established the first junior side, bringing over those who played at County, and laid the foundations for a strong future. Sadly, Heath passed away within a year of his appointment, but the club went unbeaten throughout the 1997/8 campaign to win the second division title at only the first time of asking.

This first piece of silverware spearheaded the start of a period of success for the blues. They won promotion in the 1999/2000 season, and after defeating Barnsley in the promotion playoff, reached the North West Regional Football League. The following season City won the Northern combination and joined the Women’s Premier League national division. They found the step up to the WPL tough, however, and the appointment of Leigh Wood seven years later was the only thing that could change them from relegation strugglers to title chasers.

In 2010, the FA announced that they would be restructuring the English women’s football pyramid, seeing the FA Women’s Super League created as a new top-flight that would set on top of the Women’s Premier League. All entries to the division would be based on application rather than promotion, and all members of the WPL National Division plus the top two finishers in the two regional leagues would be eligible to apply. City finished fourth, and so missed out on the opportunity.

Instead, they were able to seize the next opportunity in 2013 when the leagues were again restructured, with the WSL expanded to 18 teams and split between two divisions, and by this time City had won the Northern Division and were battling in the National Division. The decision to award them a place in the WSL was both surprising and extremely controversial, with the blues given a top-flight spot and established side Doncaster Rovers Belles relegated to the WSL 2 and losing their top-flight status. Donny Belles have never recovered from this, and are now in the FA Women’s National League Division One Midlands.

City in the top flight

Ahead of their first WSL campaign, increased funding was given from the City Football Group to bolster the squad, and the name changed to the more progressive Manchester City Women from Ladies. Regular Lionesses players such as Karen Bardsley, Jill Scott, and new club captain Steph Houghton were signed in an aim to make their impression on the league from the very start, at the same time as their men’s side were dominating the men’s game after having just edged Liverpool by two points to clinch the Premier League title, two years after the first time that they lifted the famous trophy on what is one of the most incredible days to have ever happened in world football.

Their first season saw a somewhat underwhelming league campaign, finishing fifth out of eight teams. However, their form in the Continental Cup (then FA WSL Cup) saw them lift their first major trophy in their history, with an Izzy Christiansen goal beating Arsenal 1-0 at Adams Park in Wycombe.

Their first season was started poorly by Nick Cushing’s quad, but after the summer break, they came back a side rejuvenated off the back of England’s third-place finish in the 2015 Women’s World Cup in Canada. In their remaining thirteen league games, they were unbeaten in twelve whilst entering a title challenge which was only lost on the final day of the season, Chelsea eventually lifting the trophy. Despite this, a second-place finish secured the club European Football for the first time in their Women’s side’s history. In their late run in the 2015 WSL, City broke the league attendance record twice.

In 2016, they pulled off one of the most impressive feats possible whilst truly announcing themselves to be a dominant force on the European stage. The blues won the WSL by a comfortable margin of five points, Continental Cup, and Women’s FA Cup, a perfect domestic treble. At the same time, they reached the semi-finals of the UEFA Women’s Champions League and lost by a one-goal margin against Olympique Lyon, the same thing that happened the year after.

After an underwhelming Summer Series and 2017-18 campaign, the blues returned to their form at the restructuring of the English leagues ahead of the 2018/19 season. With all teams now professional in a division expended to eleven teams, they won the FA Cup against West Ham United and Continental Cup against Arsenal and were only pipped to the top spot by the gunners by a handful of points.

The blues’ top player across the 2018/19 season, Nikita Parris, departed for Lyon in the summer of 2019 and was replaced by Ellen White.

In January of 2020, it was announced that Head Coach Nick Cushing was set to depart for New York City FC to be assistant manager in February of the same year after six years at the helm at the Academy Stadium.

Manchester City Women play their football at the 7000 capacity Academy Stadium, which is part of the greater Etihad Campus which was opened on the 8th December 2014. Spanning across 80 acres, they share a top-class training facility with the men’s and youth sides, and the facility is much more advanced than what the rest of the Women’s Super League’s clubs train at. The total cost of the entire facilities came to a staggering £200 million.

The Academy Stadium has a direct connection to the Etihad (City of Manchester) Stadium at which the men's’ side play. Unlike their city neighbours Manchester United, it is extremely easy to access by public transport, with the Metrolink stop ‘Velopark’ adjacent to the ground. The stop is on the line that connects Ashton Under-Lyne, MediaCity UK and Eccles, on the same one as Manchester Piccadilly for those who change from trains to trams at the station.

The Stadium was one of the two hosts of the World Rugby Union Under 20 Championship alongside the AJ Bell Stadium in Salford. It is set to host three matches as the ground for Manchester at the 2021 Women’s European Championships, each in the group stage for Group D as well as the New York Stadium in Rotherham.