Goals from Kevin de Bruyne and Fernandinho, either side of half-time, helped Manchester City to a valuable pair of away goals ahead of next week's quarter-final second leg tie at Eastlands. In a frantic affair at the Parc des Princes, both sides created plenty of opportunities - and neither was able to sustain enough pressure to justify anything more than both ultimately sharing the spoils.

Joe Hart was forced into an excellent diving stop to his right, denying Zlatan Ibrahimovic from the penalty spot after just 13 minutes on the clock. David Luiz - rather theatrically - was clipped by the outstretched leg of Bacary Sagna, and the referee had no hesitation when pointing to the spot. Justice was duly served though, when the experienced Swede saw his low effort bounce out for a corner-kick, much to the hosts' surprise.

It was a good stop by Hart nonetheless, who has saved a spot-kick in the competition earlier this term - against Bundesliga side Borussia Mönchengladbach in the group stages. Zlatan could've had a first-half hattrick in truth, after seeing his close-range header thwarted by the Englishman - then minutes later curling an effort wide after being set through one-on-one with the goal gaping.

Kevin de Bruyne, fresh from his excellent display away against Bournemouth, broke the deadlock with aplomb to silence the Parisens after 38 minutes. Blaise Matuidi's attempted pass across toward Adrien Rabiot was intercepted and within seconds, the ball was in the back of Kevin Trapp's net. After all of that hard graft, it was typical City to let the lead disintegrate within minutes. Hart's goal-kick pass out from the back toward Fernando was seemingly innocuous, before the Brazilian took too long on the ball... then Ibrahimovic was the lucky beneficiary and flicked the ball into the net.

After the interval, things were equally as intense as the first-half. Both sides created opportunities, but PSG found themselves ahead from a set-piece on the hour mark. Edinson Cavani's header swerved goalwards, Hart made an initial good save but his backline? Didn't come to his rescue - and Rabiot was on hand to finish the rebound from a few yards out.

PSG's biggest enemy in Europe has been themselves, and their defensive deficiencies came back to bite them once more. Fernandinho, aided by some messy defending in the area and a deflection from captain Thiago Silva, equalised - giving the sky Blues another valuable away goal to take back to Manchester. 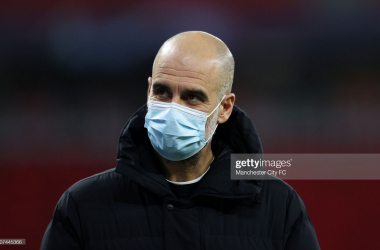 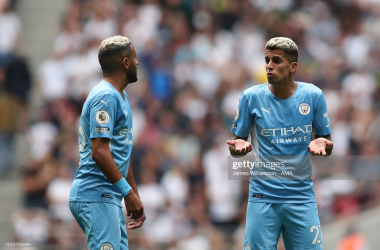