Manager-less Southampton have reportedly been in talks with West Brom over the signing of forward Jay Rodriguez, after the midlands club failed to acquire him in two previous transfer windows.

The reported figure now stands at around £12m, quite a large sum considering the fee Saints paid in 2012 - just a mere £7m from Burnley.

Add to that the deterioration off the back of multiple injuries and the transformation from being a quick-and-tricky winger to a slightly underwhelming striker. 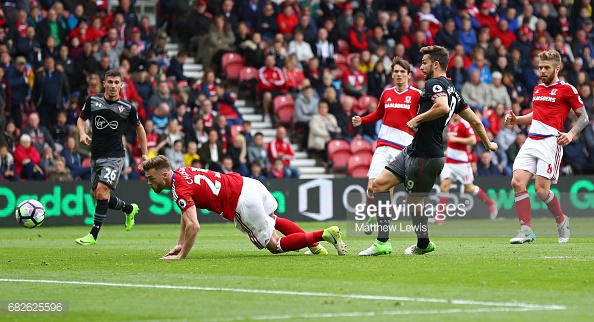 In his twilight year under Mauricio Pochettino the England international showed signs of being one of the better finishers in the league.

At times defences found it hard to deal with the matching of pace and power; at 6ft1 Rodriguez isn't exactly short and used this to his advantage.

This deal could still work for both clubs, for the Saints gaining a profit on your 4th choice striker is fair game, as for West Brom they'll gain someone looking to build up their reputation.

Keen to show he hasn't lost his touch, Rodriguez at the age of 27 still has some years left - perhaps his regeneration could be at The Hawthorns?

Not only is Tony Pulis looking to add firepower, it's been rumoured that he'll be aiming to bring in defensive stalwart John Terry, along with a new midfielder to replace former-captain Darren Fletcher.

Who is Saints new signing Ibrahima Diallo? 19 days ago

Farewell, the four players who left Southampton on deadline day and how they performed at Saints 19 days ago
Restore your password
Please enter your user name or email.
Login Member or Writer Panel
Enjoy your own Customized Newspaperwith VAVEL topics' carousels!