It seems a distant memory but Shane Long was brimming with confidence and the goals seemed to follow him along Southampton’s 2015/16 campaign.

Fans of the Saints warmed to the Irish international and so did the club, even awarding him with a long-term deal until 2020.

Unfortunately for all parties involved that heat wore off this past season and Long’s form took a turn for the worse.

Perhaps ironically the only saving grace of the disappointing year came at the same time for Long and followers of the South coast team - a fine late strike across the face of Liverpool’s goal in front of a buoyant set of travelling fans.

Just five goals and a number of missed opportunities came under Claude Puel’s reign for the 30-year-old, to which he described it as “a bit disappointing”.

Long put it down to a lack of game times and when speaking ahead of a fresh pre-season he bemoaned “I didn't play as much as I would have liked to”. 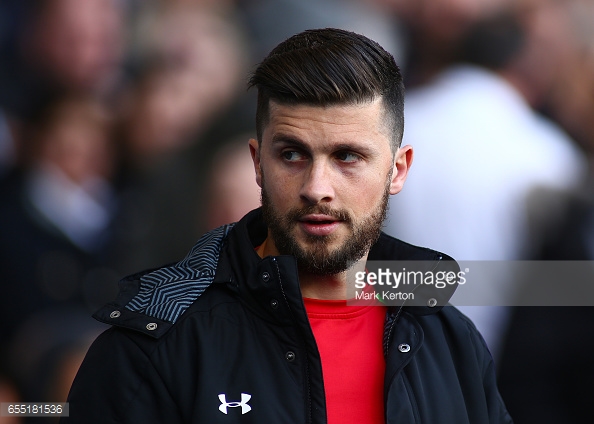 Luckily for the former-Reading man it's a clean slate to prove himself to Mauricio Pellegrino, after all, he's got to compete with the likes of Manolo Gabbiadini, Charlie Austin and the returning Sam Gallagher.

Atlético Madrid’s Luciano Vietto has reportedly been linked with a move to Southampton too which would only make things tougher for Long.

Under Ronald Koeman the Irishman found some enjoyment in a wide role and since Pellegrino is likely to bring back a more familiar 4-2-3-1, he could find himself out on the right once more.

If not, Long acts as a credible partner to more suitable target men, in the past he had success with Graziano Pelle and Romelu Lukaku.

Talking of new beginnings, Long explained that this is the “first pre-season that I've been here from the start” where he can “leave an impression” on the new manager.

Alike many of his teammates, Long will have the first opportunity to showcase himself this coming Saturday against St Gallen.

Who is Saints new signing Ibrahima Diallo? 12 days ago