Huddersfield Town winger Harry Bunn has been linked with a move to Ipswich Town with the Tractor Boys keen to add to their attacking options in order to compete with the top teams in the Championship.

Bunn scored 17 goals in 98 appearances for the Terriers, since breaking into the first team in the 2014/15 season with a goal in his first start away at Reading.

However, the 24-year-old struggled to maintain a place in Towns promotion winning season, with the likes of Rajiv van La Parra and Elias Kachunga been consistent threats for Town throughout the whole season.

With Town adding to their attacking options ahead of the new Premier League with the likes of Tom Ince, it seems the services of Bunn are no longer required, and Ipswich are preparing to capitalise on this.

Ipswich have already added to their squad after a fairly disappointing campaign, with the likes of Manchester City winger Bersant Celina on loan, Joe Garner, and Tom Adeyemi.

The winger, who can also play in attacking midfield and operate as a striker if necessary, is a proven Championship player that on his day is a nightmare to play against. 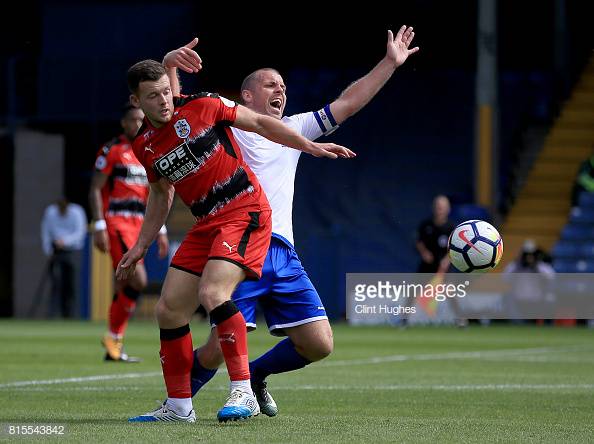 He knows how to find the back of the net as well as having a number of skills in his locker making him unpredictable, and will be a good replacement for last season’s Player of the Year Tom Lawrence, who returned to his parent club Leicester City after a successful loan spell.

Bunn began his career at Manchester City and joined Town after a successful loan spell, but mainly to play with the development squad. He also had spells with Rochdale, Preston, Crewe and Sheffield United.

Ipswich start the 2017/18 season on Saturday August 5 at home to Birmingham City.

Huddersfield Town 0-0 Middlesbrough: Goalless draw played out in West Yorkshire a year ago

Huddersfield Town 0-2 Reading: Terriers suffer yet another defeat a year ago

Huddersfield Town vs Reading Preview: Terriers look to bounce back from Cardiff defeat a year ago

Huddersfield Town 1-2 Derby County: Terriers fall to Cocu's side in his Championship debut a year ago

Huddersfield Town vs Arsenal Preview: Are the Terriers already preparing for life in the Championship? 2 years ago

Huddersfield Town vs Burnley Preview: Who will come out on top in this relegation 'six-pointer'?&nbsp; 2 years ago