The Stags parted company with Graham Coughlan after suffering a 4-2 defeat to Barrow on Tuesday evening.

Cook, left Wigan Athletic following their relegation and worked alongside Mansfield’s director of football David Sharpe during their time at the DW Stadium.

It is hopeful that the previous working relationship between the two will be enough to lure the 53-year-old to the League Two outfit.

Academy manager Richard Cooper has been placed in charge on a caretaker basis as they begin their search for Coughlan's successor.

Cook would be an ambitious appointment

Cook’s stock is at its highest after the work he did at Wigan. When Mansfield appointed Coughlan, many were shocked that they could lure a higher-level manager.

The appointment didn't work out but things have changed at Mansfield now and a fruitful working relationship between Cook and Sharpe, could be the recipe for success.

Currently 23rd in the league standings, bringing a manager of Cook’s calibre could inspire an upturn in form with that new manager feel.

Expectations could also change if the former Portsmouth boss is allowed to manoeuvre in the transfer market.

Ultimately, the decision lies with Cook, who is in a strong negotiating position, because he has showcased that he can manage at a higher level.

Who else is linked?

Only this evening has Cook emerged as a candidate for the role meaning he is not a frontrunner in the eyes of the bookmakers.

Leading the way is Gary Caldwell, who last managed in September 2018 after an unsuccessful spell with Partick Thistle.

Second to Caldwell is Nigel Clough, who is known to the area having managed Burton Albion and Derby County.

Below Cook in the stakes is Shaun Derry, who is currently the manager of Crystal Palace's developmental side. Derry has experienced in League Two having held roles at both Cambridge United and Notts County. 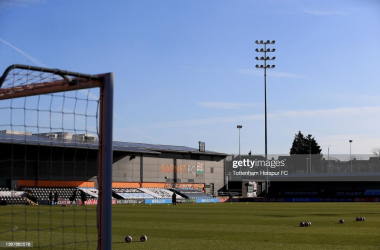