It was always going to be a question of how many. England strolled past San Marino, scoring five, to take their first steps on the road to Qatar and the 2022 World Cup.

In a sense, Gareth Southgate’s side may have felt that they were on a hiding to nothing in what had the feel of an attack-versus-defence training exercise throughout. This was a game against the lowest ranked FIFA nation after all. But the match provided England with the chance to fill their boots in terms of goals and offer an evening of entertainment - albeit one-sided.

First half goals from James Ward-Prowse, Dominic Calvert-Lewin and Raheem Sterling ensured that England were more than home and dry before the interval before another Calvert-Lewin strike and a first goal for Ollie Watkins sealed a comprehensive victory.

Southgate named a somewhat experimental side, with the recalled Jesse Lingard and John Stones handed their first England starts since 2019, and also opted for a 4-3-3 system. Ward-Prowse and Kalvin Phillips were given opportunities in midfield, while Calvert-Lewin led the line.

Early England pressure was always inevitable but the home side missed chances to take a lead within the first 10 minutes when both Stones and Calvert-Lewin spurned golden opportunities from crosses into the area.

Club team-mates Mason Mount and Ben Chilwell were linking up well on the left side and it was through them that the opener arrived. Chilwell passed to Sterling who then fed the ball onto Mount before he returned it back to Chilwell. The England left-back played a smart cut-back for Ward-Prowse to address and his finish for his first international goal was well-exacted.

Calvert-Lewin soon made it two when he nodded home from close range after being found by a superb cross from Reece James. His supply from right was notable and demonstrated why he is becoming Southgate’s right-back of choice.

England’s goals rarely had much to do with shoddy San Marino defending but that was not the case for the third. The visitors attempted to play out from the back but when goalkeeper Elia Benedettini passed to Cristian Brolli and then he ran into trouble on the edge of the area, there was only going to be one outcome and it ended with Sterling shooting into the net.

The San Marino goalkeeper did make some fine saves though. He denied Lingard twice before thwarting Chilwell prior to the interval while Calvert-Lewin fired a spectacular volley wide and Lingard fluffed his lines when Chilwell crossed.

Four changes at the break did disrupt England and the drop-off which came with Mount and James leaving the pitch was noticeable. Still Southgate’s men had more than enough and Phil Foden, who came on to play on the right of the front three, displayed some lovely touches to add a slick sheen to this performance.

The goalscoring continued with Calvert-Lewin finishing off a move that had involved Lingard and Chilwell down the left. Then it was the turn of Watkins, who had come off the bench to make his debut for the senior side.

Ward-Prowse had seen a free-kick tipped onto the post by Benedettini and substitute Jude Bellingham had also gone close with a scissor kick. But it was Watkins’s low drive that he swept into the San Marino net that gave this rout its defining image.

Chelsea men are leading the way

The first half was markedly better than the second for England. They were far sharper and more creative before the interval and that was in large part down to the Chelsea cohort. Mason Mount was playing on the left side of the attack and had Ben Chilwell as full-back behind him.

Their relationship that has been built at Chelsea this season was evident as their quick give-and-gos and sharp movements became a key feature of England’s play during the first half. Chilwell’s crosses were often begging to be tapped in and should have seen the home side ahead by at least two goals before James Ward-Prowse eventually finished one off in the 14th minute.

Likewise on the right, Reece James constantly sent inviting balls into the area and wasn’t afraid to race to the byline as well as drift inside.

There is clear confidence in each of the three players at the moment due to their current form with Chelsea and that fed into England’s first half performance against San Marino. When Mount and James exited at half time it led to the home side’s tempo dropping and their play becoming less direct.

All three will be hopeful of an England starting berth come the summer.

Was this a game worth playing?

Simply, yes it was. Whenever a bigger nation faces a smaller one in international football, the question is always raised as to what the actual point of the game is. Well, this was a qualifying match for the World Cup and San Marino have just as much right to be in the qualifiers as England, or Germany or Spain for that matter.

A trip to Wembley is something that the San Marinese players will never forget given that most play in Serie C, Italy’s third division, and are part-time footballers.

The Uefa Nations League has surely been a blessing for nations like San Marino as it gives them a chance to play other teams of a similar level and calibre. It is through that tournament that the smaller nations will improve on the international scale.

When it comes to qualifiers for a major tournament, and mixing it with the big boys, San Marino have a right to be there - even if it always does end in defeat.

England manager Gareth Southgate offered praise for Jesse Lingard and Ollie Watkins after the match and said that he thought his side had done as well as they could against limited opponents.

“I think we did as well as we could, really,” Southgate said. “I was really pleased with not only the way we moved the ball, our interchanging positions, but also the way we pressed when we lost the ball. That highlighted the mentality of the team.

“Of course it’s an opponent we should beat, but I thought we played really well. The midfield players moved the ball really well. It was good to see Jesse enjoying his football again.

“It was nice to give Watkins half an hour and for him to get a goal is a fairytale. Bellingham is a player we think is going to be an international of the future. Hopefully we can fast-track him into our group.”

Watkins, who scored his first goal for England having come off the bench in the second half, said that he was going to get his shirt signed by his team-mates as a memento of his debut.

“It’s unbelievable, it’s what I dreamed of. All day in the hotel I was thinking about it, I hope I get on and get an opportunity, but I didn’t know if it would happen. I’m speechless, to be honest.

“I feel honoured that I have had the chance to put on the shirt and play with these players. To score on my debut, I’m over the moon. I can’t believe it really, and I’m grateful to have the opportunity.”

Warm Down: AFC Bournemouth hold off Huddersfield Town in West Yorkshire 5 minutes ago

Does Ainsley Maitland-Niles have an Arsenal future? 8 hours ago 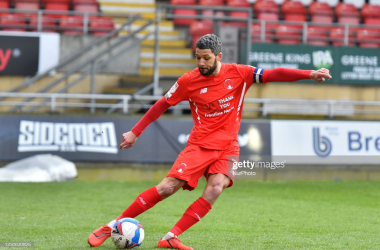 Harrogate Town vs Leyton Orient preview: How to watch, kick-off time, team news, predicted lineups and ones to watch 21 hours ago 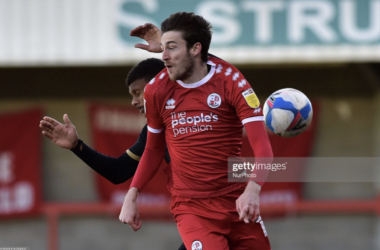 Bradford City vs Crawley Town preview: How to watch, kick-off time, predicted lineups, team news and ones to watch 21 hours ago 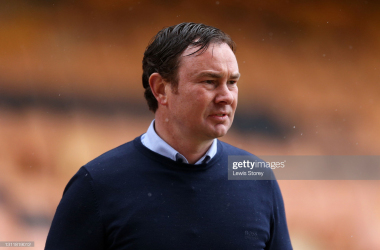 Morecambe vs Scunthorpe United preview: How to watch, kick-off time, team news, predicted lineups and ones to watch a day ago 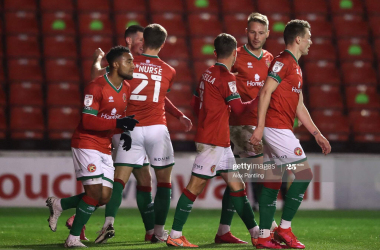 Walsall vs Tranmere Rovers preview: How to watch, kick-off time, team news, predicted lineups and ones to watch 21 hours ago