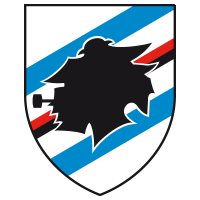 Sampdoria and Inter met at the Stadio Luigi Ferraris on Sunday afternoon, with the visitors looking to put their humiliation of last week behind them and return to top spot.

The hosts meanwhile sat in 9th place after an inconsistent start to the season. However, home wins over Carpi, Bologna and Roma will have given them great confidence heading into this one on their own turf.

A corner on the right side in the 3rd minute caused problems as Zukanovic rose highest to head over.

Sampdoria absorbed the Inter pressure well early on and looked threatening on the counter with quick mover Eder getting into dangerous areas of the pitch.

Geoffrey Kondogbia looked in real trouble in the 8th minute when he was clattered into after driving an effort over and wide from the edge of the box.

Mesbah fired an effort over from distance in the 10th minute as Sampdoria continued to threaten, with the full backs causing problems for Inter early on.

A minute later Carlos Correa forced Samir Handanovic to make a spectacular diving save to keep out his effort from 20 yards. The header from Soriano was just over from the resulting corner.

Alex Telles found space to shoot on the edge of the box on 14 minutes, but the Brazilian turned and fired well over when he should have done better.

In the 18th minute Eder crafted a neat ball behind the Inter defense that Soriano almost reached, but it was well cleared in the end.

Fredy Guarin has an effort from the left corner on the 18 yard box comfortably saved by Viviano two minutes later.

Viviano was called into action in the 25th minute as a cross from the left was cleared to Palacio, who stung the palms of the Samp 'keeper with a testing effort that was heading in the top right corner.

Guarin should have made it 1-0 to Inter in the 30th minute when Kondogbia nodded the ball back to him with just Viviano to beat from six yards out. The Colombian opted to go for a bicycle kick, and fired wildly over, perhaps unaware of the space he had.

With twelve minutes before the break, an Eder shot was deflected inches wide by Medel as Inter had a huge let-off. The game was becoming increasingly open, and it seemed a goal before half time was a real possibility.

Miss of the season?

A contender for miss of the season came with just moments to go in the first half as Correa missed an open net from about two yards out.

The midfielder ran into the box, beat a tackle and got a lucky deflection off Handanovic to be presented with an open net just inches out, and he somehow missed.

The teams somehow went in to half time deadlocked at 0-0 despite the numerous opportunities created by both sides.

Mancini's side were certainly playing better than a week ago, however Sampdoria could have felt unlucky not to be going into the break at least a goal up.

Mesbah crossed for Muriel inside the first five minutes of the second half, the Brazilian though headed wide despite the power generated from an inch perfect ball.

Luis Muriel did open the scoring for Sampdoria just a minute later however with a wonderful team move from from the hosts.

Pereira crossed from the right flank, again on a sixpence, and this time Muriel converted with a neat volley from six yards after beating Medel to the ball.

Inter could have been level four minutes later as Guarin flashed a ball across the six yard box, Pereira turning the ball desperately behind for a corner.

The visitors continued their push for an equaliser as Guarin shot wide in the 57th minute, and Perisic sent a weak header goalwards in the 59th.

Inter's Serie A record was being plunged further into doubt as the minutes ticked by. Viviano did well  to claim a cross from the lift with Palacio lurking on 65 minutes.

Sampdoria could have wrapped up the points with about 20 minutes left as Muriel raced forward from his own half, but he fired wide from inside the penalty area.

Ex-Sampdoria man Mauro Icardi was feeding off scraps all day as he saw cross after cross evade him, while 18-year-old Rey Manaj was introduced in a high pressure environment.

Despite everything pointing towards a home win, Inter got the equaliser with a piece of poaching from Ivan Perisic.

Sampdoria just could not clear the ball after Pereira blocked an Icardi effort from around ten yards, and a shot from Manaj eventually found its way to Perisic who stabbed home from close range.

The game became increasingly frantic and hurried in the remaining minutes, with Melo, Fernando and Medel all picking up bookings in the space of two minutes.

Inter were seeing more of the ball, but crosses from Alex Telles were being cleared with relative ease.

The visitors had a penalty appeal in the 85th minute as Manaj went down under contact from Zukanovic. It would have been a difficult decision for La Samp to swallow, though, as there was little in it.

The game ended 1-1, a fair result on the reflection of play with both teams likely thinking of what might have been.

It was a welcome recovery for Inter who put the demolition of last Sunday behind them, while Sampdoria battled hard to secure a good point at home.

Juventus vs Fiorentina preview: Bianconeri desperate to get back to winning ways against rejuvenated visitors 9 months ago

Napoli vs Juventus: Maurizio Sarri makes his anticipated return to the San Paolo 9 months ago

Atalanta vs SPAL: Atalanta look to continue their strong form against struggling SPAL 9 months ago

Lecce vs Inter Milan: The Nerazzurri look to keep pace with Juventus for first place&nbsp; 9 months ago

AC Milan vs Udinese: Udinese travel to the San Siro 9 months ago

Juventus vs Parma: Juve look to remain atop Serie A 9 months ago
Restore your password
Please enter your user name or email.
Login Member or Writer Panel
Enjoy your own Customized Newspaperwith VAVEL topics' carousels!