Well how about that? Mere hours after suggesting in this very spot that we might very well see a Marin Cilic - Kei Nishikori showdown in Monday’s US Open Men’s Final, these two men went out and did the unthinkable. Over the course of one afternoon, they not only destroyed any hope fans might have had in seeing an encore performance of the this year’s Wimbledon Final between Novak Djokovic and Roger Federer but also managed to turn the tennis world upside down in the process.

After looking the Women’s Draw implode during the first week of the tournament, the men saw next to no upsets through the first thirteen days of competition. That all changed on Saturday afternoon and one can’t help but wonder if this might be a sign of things to come over the coming twelve to eighteen months on the ATP Tour.

While many felt Nishikori’s 6-4, 1-6, 7-6(4), 6-3 would be the stunner of the day, it was in fact Cilic’s near flawless performance in dismantling Federer 6-3, 6-4, 6-4 that was the true eye-popping result of the afternoon.  After sitting through an hour long rain delay before the match even started, the hard-serving Croatian came out of the gate on fire and there was frankly nothing the seventeen-time Grand Slam champ could do to slow him down.

The combination of a dominant serve, punishing groundstrokes and a solid return game from the No. 14 seed left Federer scratching his head. He kept waiting for the guy at the other end of the court to crack or show some signs of slowing down but it never happened. The one time he did manage to break Cilic’s serve to open the third set, the twenty-five year old broke right back and essentially put this one to bed.

The loss could very well turn out to be the best shot the No. 2 seed in world will have at winning that elusive eighteenth career major, especially with having to deal with neither Djokovic nor Rafa Nadal. It was essentially the perfect storm for Mr. Federer but he was unable to close the deal. Though in his defence, you would be hard-pressed to find a single player currently on tour who would not have suffered the same fate on Saturday afternoon against the towering Cilic.

The same held true for No. 10 seed who pushed the No. 1 player in the world around Arthur Ashe Stadium for start to finish. While Djokovic was nowhere near his best, committing a number of ill-timed unforced errors throughout the afternoon, Nishikori wasn’t about to let the biggest opportunity of his career slip through his fingers without giving everything he had.

He unloaded both barrels on the top seed and just like Federer, the talented Serbian had absolutely no answer for what was being thrown his way. While both men struggled mightily with the humidity and near 95 degree heat at court level, Nishikori found a way to muster up far more energy…despite having played a pair of marathon matches against Milos Raonic and Stan Wawrinka leading up  to the semi-finals.

To the surprise of many, the twenty-four year old was able to overpower his opponent on more than one occasion with a ferocious ground game. Watching him deliver one backhand winner after another should have surprised no one, as he owns one of the very best in the men’s game, however it was his lethal forehand that proved to be too much for the seven-time Grand Slam winner.  With that said, this match turned during a third set tiebreaker that Djokovic could be kicking himself about for years to come.

After gifting Nishikori an early 4-0 advantage in the breaker, the Japanese number one allowed him to crawl back to within 4-3 before Djokovic essentially handed him the set. It was both ugly and shocking to look unfold and it was made that much worse after having his serve broken to start set number four. From that point on, it was painfully evident that there would be no comeback.

It may not have been the 2014 US Open Final anyone expected or necessarily wanted to see but nonetheless, it is the one we now have. While it is clearly missing the “sex appeal” of looking two of the Big Three doing battle for all the marbles, that doesn’t mean it won’t be an entertaining match to look. Should Marin Cilic and Keri Nishikori prove capable of stepping up their level of play on one of the game’s biggest stages, we might just be treated to one heck of finale on Monday evening in New York. 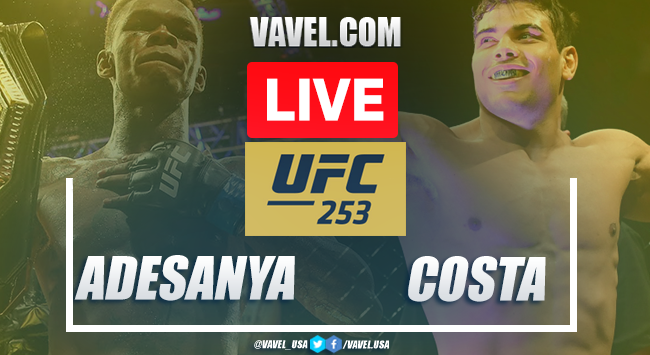 Russian skating queens back in action15 days ago