It only took 12 games to LaMelo Ball to conquer Australia with the Illawarra Hawks. The NBL has announced the Chino Hills-Made as the winner of the Rookie of the Year Award.

Ball beat out fellow American R.J. Hampton, Kouat Noi and Angus Glover. 'Melo' finished with 49 votes, Noi was second with 44 and Hampton was third with 23. 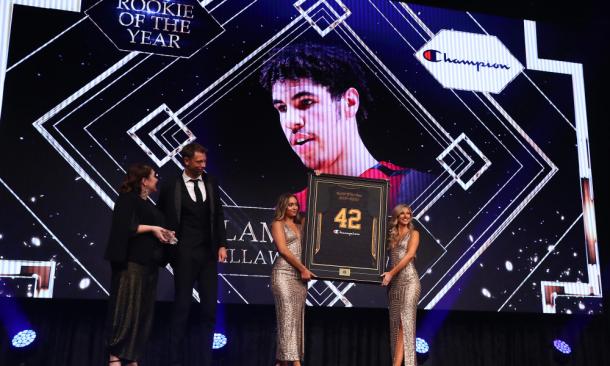 The youngest of the Ball brothers averaged 17 points, 7.5 rebounds, 6.8 assists and 1.7 steals in 31 minutes per game. His impact went far beyond the court, considering he helped set viewership and attendance records while becoming the youngest player to record a triple-double in the league's history.

LaMelo's journey in Australia ended in a controversial way,  since he returned to the United States to continue with his rehabilitation process (foot injury) without even telling his teammates.

Bryce Cotton from the Perth Wildcats earned the Most Valuable Player award, averaging a league-best 22.6 points, 4.0 rebounds and 3.8 assists per game.