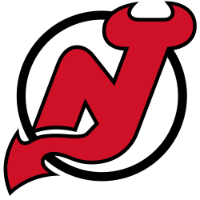 The Tampa Bay Lightning took care of business Saturday night against the New Jersey Devils moving onto the second round by taking the first round series 4-1 by a score of 3-1 in the final game in Tampa. Tampa will face either the Boston Bruins or Toronto Maple Leafs in the second round, Boston leads that series 3-2.

Sergachev puts the Lightning up first

Mikhail Sergachev scored first at the 8:07 mark of the first period to give the Lightning at 1-0 lead in the series-clinching game.

A great setup by Anthony Cirelli, Sergachev blasted the wrister through the traffic in front of Cory Schneider to beat him high on the glove side for his first career NHL playoff goal.

After Sergachev's goal, the Lightning hung onto that 1-0 lead until the third period and it was a goalie match-up all the way until the third. Schneider kept New Jersey in it and made great save after great save, really being able to rebound from the terrible season that he had.

Another game, another goalie match-up

Cory Schneider had a fantastic glove save on Ondrej Palat that turned into a rush down the ice for New Jersey, he also made back-to-back saves on Dan Girardi and Alex Killorn, but his best save was on a Nikita Kucherov one-timer to keep the game at 1-0 midway through the second on Tampa's third power play of the night.

Kucherov is second in scoring in the postseason with five goals, five assists in five games.

A crazy third period results in a Tampa win

For as great as Schneider played, Kucherov finally figured him out. At the 12:27 mark of the third period, he scored his fifth of the series to give him the franchise record for most points in a playoff series with 10.

A great screen by J.T. Miller, Kucherov extended Tampa's lead to 2-0 with a shot from the point that beat Schneider over the glove side. It seemed like all hope was lost for New Jersey as their time in the playoffs would be cut short by a stronger Tampa team. It was especially disheartening because New Jersey had just killed off five straight Tampa power plays.

Patrick Maroon finally beat Vasilevskiy to give New Jersey some life late in the third. With just three minutes left to go and the goalie pulled, Kyle Palmeri blasted a shot from the point that was tipped by Maroon to cut the Tampa lead in half.

New Jersey kept their goalie pulled as they now had a one-goal deficit with just three minutes left. But, New Jersey's inexperience would hurt them as they let Ryan Callahan seal the deal with an empty-netter to close out the game and the series.

In the loss, Schneider made 36 saves and played very well. Tampa got the series the win and is the fourth team to move on to the second round. Vasilevskiy had 26 saves in the win.

After the loss, Devils Captain Andy Greene had this to say, "We learned a lot as a group, and it's not going to be the same group as next year, but that's the way it works. Whoever is back, we have to make sure we learn from this, we grow from it, and now it's how do we take the next step."

"I felt good about my game, about as good as I've felt in a long time, but we still lost and were eliminated," said Schneider, who stopped all 18 shots he faced in the second period. "I think at the end of the day, you lose and it doesn't feel very well. I would have rather have won 5-4 then lose like we did tonight."

It was a good series for a team that hadn't been to playoffs since 2012. If a few key things happened to bounce New Jersey's way, this could have been a completely different series, but their inexperience came to the forefront and Tampa took full advantage of that. Tampa played very well and showed why they should have the number-one seed.

Tampa dropped only one game but figured out how to beat New Jersey pretty easily. It felt like Tampa controlled everything at times, and New Jersey had no answer. Also, Tampa's playmakers showed up in the series while New Jersey's didn't as consistently as guys like Steven Stamkos or Nikita Kucherov, and Andrei Vasilevskiy showed why he is a prime candidate to win the Vezina.

All in all, it was a fun series though and watching two teams that were very competitive was nice to see. Tampa will go on to face either the Toronto Maple Leafs or Boston Bruins in round two.

What did you think of the series? Do you think Tampa defeats Toronto/Boston too? Let me know in the comments below.