NOR4
END10 hours ago

Stefanos Tsitsipas and Thanasi Kokkinakis staged a memorable battle in the second round of the Australian Open with the fifth-seeded Greek topping the Australian wild card 6-7 (5), 6-4, 6-1, 6-7 (5), 6-4 after four, 32 minutes of play.

Under the lights of Rod Laver Arena, the two men went blow for blow with Tsitsipas striking 78 winners and watching Kokkinakis hit 23 aces in the first meeting between the two. The victory sends the Greek into the third round, where he will face unseeded Swede Mikael Ymer.

Tsitsipas had the first break chances of the match in the fourth game only to see Kokkinakis save both with aces, the second after the fifth seed swung and missed on a second serve.

The Aussie then held his first two break chances of the contest in the seventh game with Tsitsipas responding in kind to take a 4-3 lead. Kokkinakis then saved set point trailing 5-4 with an ace and the set eventually would head to a tiebreaker.

In the breaker, the two combatants went toe to toe until Kokkinakis brought up set point with a forehand winner and a double fault by Tsitsipas meant the Aussie took it 7-5, claiming a one-set lead.

Finally, in the third game of the second set, the Greek broke on his fifth chance of the game as Kokkinakis sent a weary-looking shot into the net for a 2-1 advantage.

No real inroads were made by either player as they each held with relative ease. Serving for the set at 5-4, Tsitsipas had no difficulty, holding to love and squaring the match at one set all. 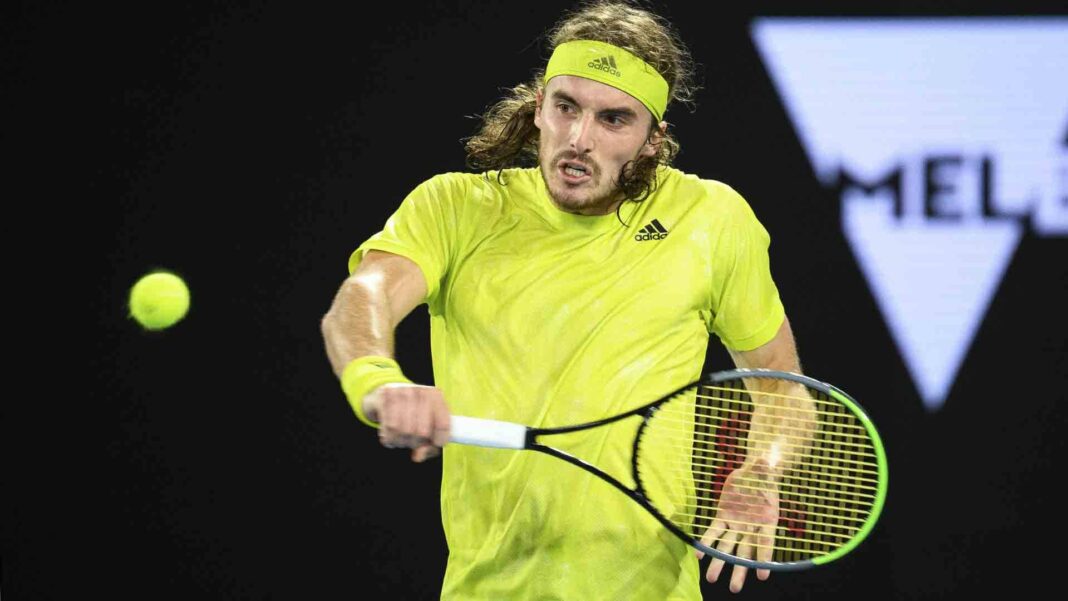 A backhand down the line set up triple break point for Tsitsipas in the opening game of the third set and on the second of those opportunities, a 24-ball rally in favor of the Greek gave him the early momentum.

The fifth seed would take advantage of a tiring Kokkinakis, picking up a couple of more breaks to blow the set wide open and claim a two sets to one lead.

Dominant serving was on display in the fourth seed as the two men combined to lose five points on serve through the first five games. Serving to stay in the match, Kokkinakis saved a match point, the fourth set, much like the first, going to a tiebreaker.

Double faults and errors cost Tsitsipas as Kokkinakis jumped out to a 5-1 lead in the breaker only to watch the Greek level things. Owing to a boisterous home crowd, the Aussie produces a spectacular, cross court forehand winner to force a fifth and deciding set. 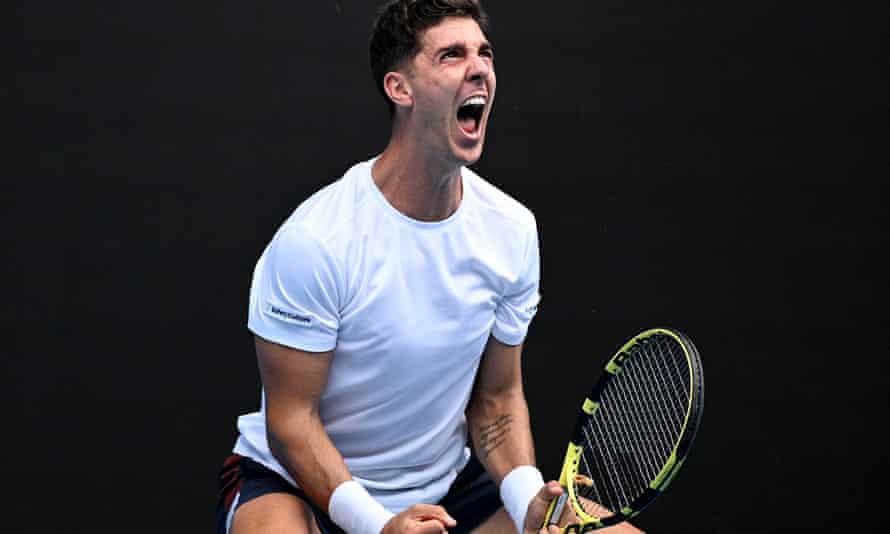 A 15-minute game in the final set, with seven deuces, put Kokkinakis out in front 2-1, but after a backhand that went long, Tsitsipas gained the crucial break for a 3-2 edge.

Kokkinakis rescued his next service game from deuce, but it wasn't enough as Tsitsipas watched the Aussie hit a return long to clinch a hard-earned, well-played victory.