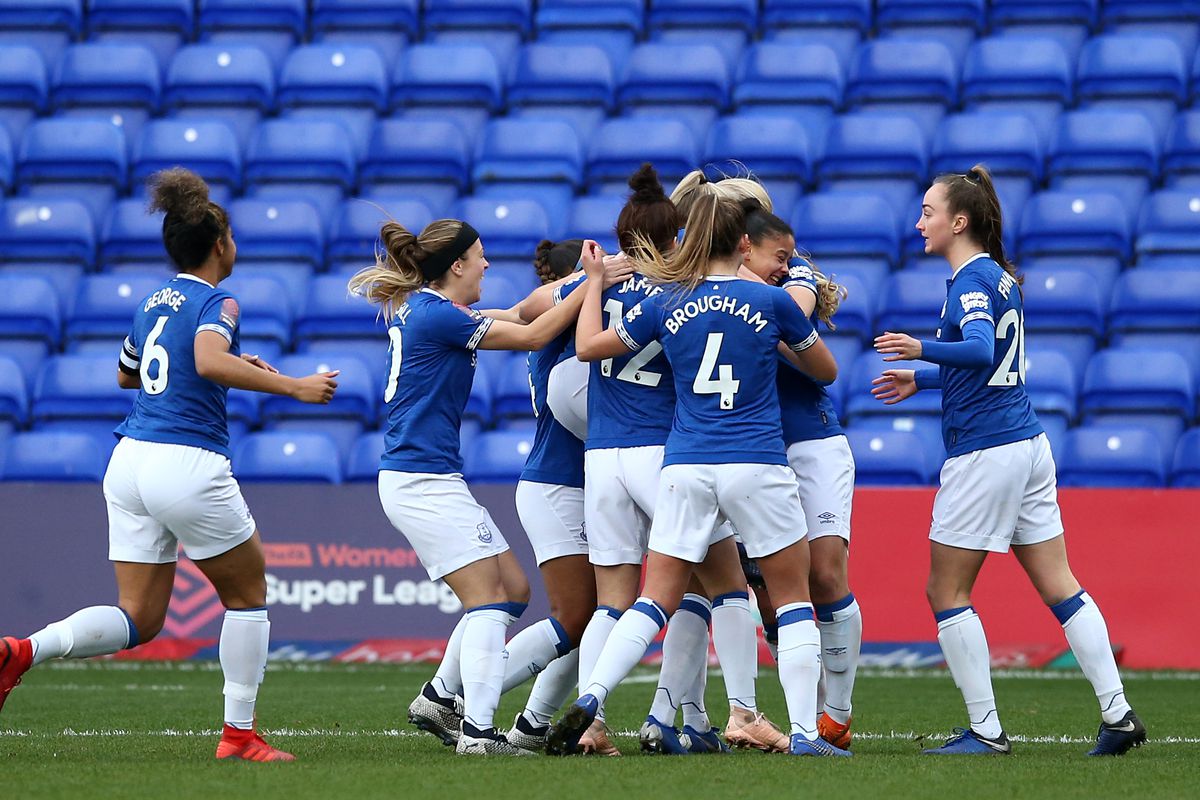 One of the clubs that dominated English women’s football in the 2010s, with a youth academy which has produced several current and past England internationals — such as Izzy Christiansen, Alex Greenwood, Nikita Parris and Toni Duggan, among others — Everton have recently returned to the top-flight after a three-season absence.

The club, which was founded in 1983 as Hoylake and later changed its name to Leasowe after merging with another team, adopted Everton’s name and colours in 1995. During the Leasowe era, they reached the FA Women’s Cup final for the first time, when they lost 3–1 to Doncaster Belles in 1988. The following year, they reached the final again, beating Friends of Fulham 3-2 at Old Trafford in what was the first-ever televised FA Women’s Cup final.

Years later, after officially changing their name to Everton and gaining promotion to the top-flight of women’s football (which was then known as the FA Women’s Premier League National Division), and with England internationals such as Karen Burke and Becky Easton playing for the club, they managed to win their first ever league title in 1998. Around this time, they also reached the FA Women’s Premier League Cup final twice, losing to Millwall Lionesses in 1997 and to Arsenal in 1999.

Everton’s most successful era to date started in 2002, when recently-retired captain Maureen “Mo” Marley took over her husband’s Keith’s role as manager of the side. During her tenure, she led Everton to two FA Women’s Cup finals — they narrowly lost the first one, 1–0, to Charlton Athletic in 2005, and won the second one, 3–2, against Arsenal five years later, thanks to an extra-time goal from prolific striker Natasha Dowie — and two FA Women’s Premier League Cup finals — a 1–0 win against Arsenal in 2008 and a 3–1 loss to Leeds Carnegie two years later.

The Toffees finished runners-up in the FA Women’s Premier League for five consecutive seasons, failing every year from 2005 to 2010 to get the better of a star-studded Arsenal side. In 2009, they heartbreakingly lost on goal difference what would have been their first league title since 1998, when they failed to get a win or at least a draw against the Gunners on the final day of the season. Marley also led Everton to the quarter–finals of the UEFA Women’s Champions League for the first time ever in 2011, ultimately losing to a great Duisburg side which featured the likes of Alexandra Popp, Kozue Ando and Simone Laudehr. Under Marley, Everton managed to secure the services of high-profile England internationals such as Fara Williams, Jill Scott, Rachel Brown-Finnis and Jo Potter.

Following the Football Association’s decision to restructure the women’s football pyramid, in early 2010 Everton were announced as one of the eight founding members of the FA WSL, whose first season would begin in April 2011. After back-to-back third place finishes, Marley, who had been managing the England U19 team alongside Everton since the early 2000s, left the club in October 2012 to focus solely on her role with the FA, and Andy Spence was announced as her replacement a month later.

After losing key players such as Jill Scott and Toni Duggan in the 2014 off-season, the Toffees struggled to find form during the season and, after 21 years of top-flight football, they were relegated to the then-named FA WSL 2. That same year, however, in spite of their league form, they managed to reach their fifth FA Women’s Cup final appearance, which they lost 2–0 to Shelley Kerr’s Arsenal. Spence resigned in June 2015, but returned to his role six months later; in his second stint as manager, he led the club to back-to-back third place finishes and, finally, the FA WSL 2 Spring Series title in 2017, which resulted in an invitation from the FA to return to the top-flight ahead of the 2017–18 season. Spence left his role in November 2018 following a winless start to the season, and was temporarily replaced by goalkeeping coach Jennifer Herst.

In December 2018, Willie Kirk — who had previously managed Hibernian and Bristol City and was currently serving as assistant manager to Casey Stoney at newly-formed Manchester United — was announced as the new Everton manager. Everton managed to finish in tenth place out of eleven and avoid relegation, and proceeded to strengthen their squad during the 2019 off-season with the signings of experienced defender Kika Van Es and current team captain Lucy Graham among others.