Manchester United have confirmed their third signing of this summer's transfer window with the club bringing Torino and Italy right-back Matteo Darmian to Old Trafford.

Torino confirmed the deal on their official website on Saturday evening, thanking him for 'four wonderful years' in Turin with them.

Darmian himself said on MUTV that "it is a dream to come true" to join "the biggest club in the world" in Manchester United.

The Italian said that Torino know that "when the opportunity to join the biggest club in the world" leaving Torino was "something I had to do."

A major pull for players at United is thought to be manager Louis van Gaal and Darmian said that to work with "a manager that has achieved so much in football is such an exciting prospect.” 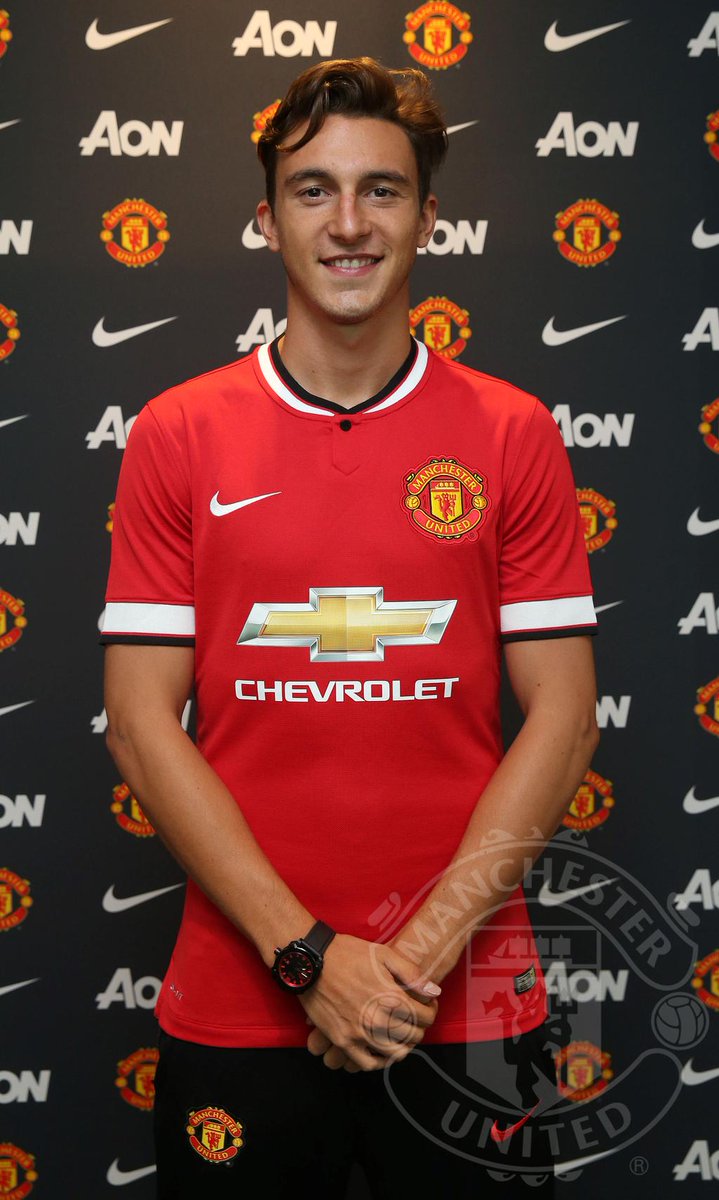 Van Gaal said that "Matteo is a right-sided full back with the versatility of also being able to play on the left" while "he's a strong defender and has the ability to go forward in the attacking positions" something which van Gaal thinks "is a fantastic attribute to have and much needed in the fast rhythm of the Premier League."

Darmian is United's third signing this summer, van Gaal says that he "will be a great addition to the team" and he is "delighted to welcome Matteo to the club and look forward to working with him in the coming days.”

Darmian, 25, played with Italy at last summer's World Cup in Brazil and has continued his fine form into Serie A and played a major part in Torino's 10 match run in the UEFA Europa League.

The fee is reported to be around £13 million, as per English and Italian national newspapers, while he has signed a four-year deal at United, with an option for a one year extension.

Torino announced on their official website: "Torino Football Club announces that it has sold Matteo Darmian, outright, to Manchester United.

Club President Urbano Cairo would like to thank him for the seriousness, commitment and professionalism demonstrated in these years."

The Italian has spent 4 years at Torino, having started his career at AC Milan. On Wednesday, Torino manager Giampiero Ventura revealed that “Darmian will play in the Champions League with Manchester United".

Meanwhile, United boss Louis van Gaal confirmed the reports on Friday that Darmian would have a medical with United, speaking at unveiling of Memphis Depay.

Earlier on Saturday, Manchester United and Bayern Munich announced that Bastian Schweinsteiger would be moving to England, subject to a medical and personal terms.

The Warmdown: A final at last for Solskjaer 3 days ago

Ole Gunnar Solskjaer's post-match comments: The final, David De Gea's fantastic performance and both legs of the semi-final 3 days ago

A.S. Roma vs Manchester United: Team news, ones to watch, predicted line ups, kick-off time and how to watch 4 days ago

Any protests should be civilised but fans must be heard, urges Solskjaer 5 days ago

Manchester United vs Liverpool preview: How to watch, kick-off time, team news, predicted lineups and ones to watch 9 days ago

Man United eye Cristiano Ronaldo return with the Portuguese planning route out of Juventus&nbsp; 9 days ago

Solskjaer ahead of Liverpool clash: 'Whatever the result does to Liverpool cannot be of our concern' 10 days ago

Solskjaer confident of board backing and has received 'great support'&nbsp; 10 days ago

The Warm down: United have one foot in final after second-half masterclass 10 days ago