Arsenal could welcome back the trio of Laurent Koscielny, Theo Walcott and Kieran Gibbs to their squad when they host Sunderland to the Emirates this Saturday.

Koscielny, who was substituted after just seven minutes against Norwich due to a hip problem, is expected to return, whilst Kieran Gibbs has recovered from a calf problem sustained in training.

Theo Walcott, who has been absent for over five weeks, is also in contention to return. With the North Londoners desperately short of attacking options at present, Walcott's return will provide a very welcome injection of pace for the Gunners, particularly in the absence of Alexis Sanchez.

However, Arsenal's veteran boss still has a plethora of injury concerns to deal with. Alexis Sanchez limped off in Arsenal’s 1-1 draw with Norwich last Sunday, whilst Santi Cazorla also suffered an injury at Carrow Road. Yet, because the Gunners boss had made his allocation of three substitutions, the Spaniard was forced to complete the 90 minutes, despite effectively playing on one leg in the closing stages.

Nevertheless, according to widespread reports, Sanchez is set to be sidelined for four weeks with a hamstring problem, and Cazorla could be ruled out for up to four months with knee ligament damage. However, when questioned on this earlier, the 66-year-old was evasive, claiming: "At the moment on Alexis, Santi and Mikel (Arteta), we don't know how long they will be out for."

After Francis Coquelin sustained a long-term knee injury at West Bromwich Albion a fortnight ago, Arsenal’s central-midfield partnership of Coquelin and Cazorla has been completel decimated in the space of just eight days, leaving many people questioning Wenger's summer transfer policy and the efficiency of Arsenal's training methods. 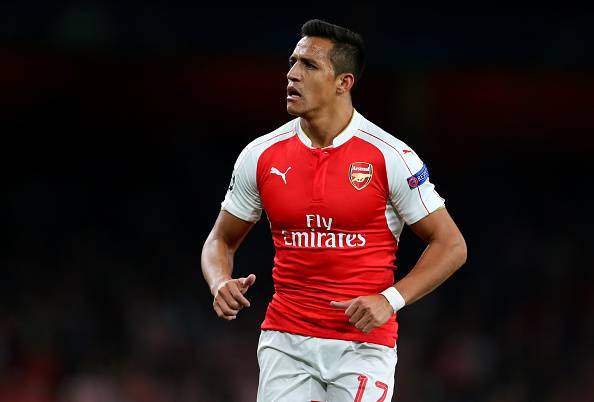 Ramsey and Ox set to start

Aaron Ramsey, who has only recently returned to fitness himself, is likely to return to his preferred central role to partner Mathieu Flamini in the midfield. Alex-Oxlade Chamberlain, who made his return from a hamstring problem off the bench at Norwich, will also give Wenger some much-needed wide options.

Wenger admitted his feeling of 'disappointment' in losing a number of key players during November, but he challenged his side to show they have the resources to cope with their mounting injury worries. "It’s a great challenge to take for the team and a great opportunity to show that we are ready for a fight and we can deal with it," The Frenchman added.

Additionally, Arsenal are still without long-term absentees Jack Wilshere, Danny Welbeck and Tomas Rosicky. Wilshere is  progressing well in his recovery from a hairline fracture and could return before the New Year, whilst both Welbeck and Rosicky are continuing their rehabilitation from knee surgery.

This is going to be an extremely testing period for the Gunners. They face a crunch Champions League tie against Olympiakos next Wednesday, with a busy Christmas schedule also on the horizon. However, it's imperative that they remain within touching distance of the top in the next month, with the opportunity to get players back fit and re-invest in January.

This defining period all starts with a tough test against a rejuvenated Sunderland side. Sam Allardyce has revitalised the Black Cats, who have climbed out of the relegation zone following three wins from their last five Premier League matches. They will undoubtedly be very organised and set up to frustrate the Gunners, so Arsène Wenger's men must remain patient and play with intensity and guile. If they can do so, they will be confident of securing a much-needed three points this weekend.

Pablo Marí: The Placid Presence In Arsenal's Defence 6 days ago

Kieran Tierney: The positives of his return 13 days ago

Bellerin or Cédric: Who should Arteta's first choice be? 14 days ago