As Arsenal prepare to take another step to redemption when they face Crystal Palace on Monday night in the Premier League, Emiliano Martinez fully believes that he can become the Gunners number one goalkeeper.

The game at Selhurst Park will be Martinez’s second consecutive start in the league, after he featured last Wednesday night and claimed a clean sheet in Arsenal’s 3-0 win over West Ham at the Emirates.

Martinez has gained his chance largely down to the injuries picked up by both Petr Cech and David Ospina. Cech sustained a calf injury during Arsenal’s 3-1 defeat away at West Brom last month. Whilst Ospina suffered a back injury in the 2-2 draw at home to Manchester City earlier this month. 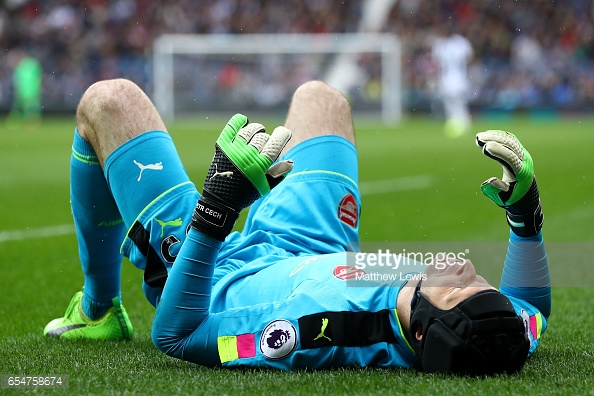 Monday night is set to only be Martinez’s fifth league start for the club, though most recently Arsene Wenger has given the Spaniard a vote of confidence for the foreseeable future.

Wenger claimed that Martinez is “world class” and that he will be Arsenal’s number one for years to come.

Martinez has high hopes at Arsenal

The third choice keeper had been speaking to the Evening Standard about his chances of nailing down a starting spot week in, week out.

“When I extended my contract at Arsenal in November, I said that I wanted to be the number one for this football club.

“It’s the club that I love and I’m doing everything I can to become the number one. Obviously I have got two amazing goalkeepers fighting for that spot as well."

The Argentine added, “I have been here for seven years and have played a few games already. When you have the opportunity you have to take it.

"I have been working hard for the past six or seven months, putting in extra hours. Physically and mentally I’m ready”, Martinez would go on to conclude."

Here to stay this time round?

During his time at the club, Martinez has been on loan at several clubs over the years. Oxford United, Independiente, Sheffield Wednesday, Rotherham and Wolves have all been part of Martinez’s progress as he works to cement a permanent place down at Arsenal.

When called on, Martinez has done a very professional job for the club, impressively collecting three clean sheets in his four previous starts.

The Spaniard will be hoping for that to continue on Monday night, and for Arsenal to close the gap on the top 4 chasers.

Arsenal vs Leicester City preview: Team news, key players and where to watch a day ago

Will this finally be the year Arsenal win the Europa League? 3 days ago