Manchester City have finally completed their second signing of the summer transfer window, as the club announced the British record €40 million signing of goalkeeper Ederson from Benfica.

Pep Guardiola has stated his intent to have a complete makeover of his side after his first trophyless season as a manager, and he has put his money where his mouth is so far already securing the £43m signing of Monaco's Bernardo Silva.

It is clear that the Spaniard has been looking for a goalkeeper for some time, with Willy Caballero's release, Claudio Bravo's tough first season and Joe Hart's likely exit from the Etihad Stadium.

Ederson will become the fourth Brazilian at the club, joining Fernando, Fernandinho and Gabriel Jesus, and the goalkeeper has shared his delight at starting his six-year stay with The Citizens come July 1.

"I like everything about Manchester City,” Ederson told mancity.com. “This is a great club, the league they have here in England and they have amazing fans and they play splendid football."

"I have always had the dream to play in English football," the goalkeeper stated. "And now I’m going to make it true."

“With Pep Guardiola, City are growing more and more," the 23-year-old stressed. "He is putting in place a young team for the future."

Ederson added: "Those were important factors in making my decision."

Still a place for Aguero on the international front

Though the season for City lacked success in terms of silverware, individuals have shone brightly, with one of them who continues to be consistent is star striker Sergio Agüero.

The Argentine managed 33 goals in all competitions last season, but despite his form he failed to be picked for Argentina's upcoming friendlies with Brazil and Singapore.

The side decided to opt with Inter Milan's Mauro Icardi, but new national manager Jorge Sampaoli stated that the door is still open for Agüero to return to the side.

"We really value him as a player and what he's done at his clubs," Sampaoli told his pre-match press conference. "Especially City."

"We're going to have a chat with him," the coach stated ahead of their match with Brazil in Melbourne. "And see how we can move forward depending on where he's at as well."

"It is very difficult when you have three or four really good players to pick only two," he concluded. "So it's really going to depend on how they're feeling."

Manchester City vs Leeds United Preview: How to watch, kick-off time, team news, predicted lineups and ones to watch 19 hours ago

The Warm Down: Phil Foden makes dent in Dortmund's Yellow Wall 3 days ago

The Warm Down: Man City outfox Leicester City 6 days ago 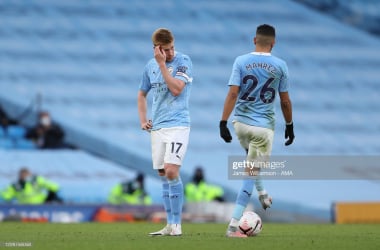 Leicester City vs Manchester City Preview: How to Watch, Team News, Predicted Lineups, Previous Meetings and Ones to Watch 8 days ago 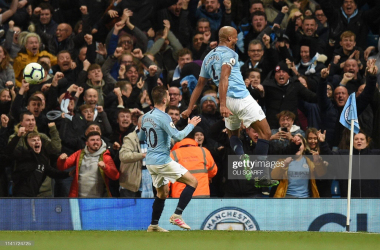