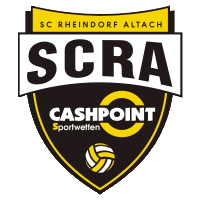 West Ham started their pre-season tour in Austria facing SCR Altach, before having to face fellow Premier League rivals during a trip to China in the Premier League Asia Trophy next week.

Carlos Sanchez put the Hammers ahead before Michail Antonio doubled their lead. Altach managed to get back into the game thanks to two goals just before and just after the half-time, but ultimately fell short due to goals from Issa Diop and

The Hammers started a little bit on the back foot, despite the fact that they were the team to kick-off the game.

Altach managed to get behind their defence a few times in the opening minutes, although without any real threat.

Fortunately, completely against the run of play, Carlos Sanchez managed to put his team ahead following Robert Snodgrass' corner.

The goal completely changed the mood of the game as West Ham started to be more aggressive with the ball, while also holding more possession.

Despite that, West Ham allowed themselves to get caught on a break following an error from Sanchez

On the 25th minute mark, Michail Antonio scored another one as he managed to go round the Altach goalkeeper after getting released by a beautiful through ball from Mark Noble.

Unfortunately for the goalkeeper debutant - Roberto, Altach managed to score a consolation goal through Manfred Fischer.

In the 38th minute, Felipe Anderson came close to restoring West Ham's two-goal lead, but his effort was cleared off the line by a defender.

The second half started with a changed West Ham XI with only Diop, Roberto and Johnson continuing from the first half.

Johnson got dispossessed in a very dangerous area by Altach's winger who got the ball into the box beyond Reid's and Obiang's reach to Gebauer who fired it past Roberto, levelling up the score.

In the 57th minute Jack Wilshere, who came on the pitch at half-time, put in a beautiful cross from the right-wing that found Diop unmarked inside the box, who managed to restore Hammers' lead.

A few minutes later Altach came close to levelling up the score again. Grady Diangana gave away the ball near West Ham's box, but a shot from one of the Austrian team's players' shot went just outside Roberto's far post.

A great chance appeared for the Hammers as a good one-two between Byram and Diangana released the defender through on goal but his shot was saved, and then scrambled away for a corner.

If West Ham can keep Wilshere fit throughout the season, they have arguably the best English midfielder on their hands. The 26-year-old shown today why he was so highly rated at Arsenal, despite playing on 45 minutes. Everything that was good in the Hammers' attack in the second half, came through his feet.

After the release of Adrian, fans were wondering if the newcomer can be an upgrade or at least a good replacement of his fellow Spaniard. After 75 minutes of today's game, it looks like he's going to be a massive upgrade. Unfortunately, he couldn't do anything for the goals, but he's also managed to not make a single mistake, despite Altach trying to catch him off-guard a couple of times.

Man Of The Match

The only player deserving the award is Jack Wilshere. A lot of very good opening balls, a few chances created and an assist to top off his performance. A fantastic display from the midfielder who showed yet again that he's from a different class.

As it happened: West Ham defeat Burnley 1-0 in 2020 Premier League6 days ago

As it happened: Newcastle come back twice to deny West Ham win10 days ago