Newcastle United made Joelinton their first signing of the post-Rafa Benitez era recently, signing him for a club-record fee of around £40million.

Following months of speculations towards a possible Saudi takeover, Mike Ashley incurred the wrath of the fans after allowing a world-class manager like Benitez to leave freely.

Steve Bruce has instead been brought in to keep the ship from sinking, while Joelinton’s expected to be their warrior in attack.

However, the Brazilian’s signing is only trying to glue over the cracks in the Magpies foundation right now. Their former Spanish manager had to work extremely hard to keep them afloat in the Premier League in recent seasons.

He wanted proper investment to remain at the club, but Ashley couldn’t guarantee that with his strict financial policy.

Instead, he has done very little to improve his unit this summer, prompting Newcastle to be named as relegation candidates next season.

Joelinton is packed with potential and had a very good season at Hoffenheim 1899 last time out, but the Premier League’s a whole different ball-game.

Joelinton emerged as a powerful forward at Hoffenheim due to spending many years adapting to the fluid system which had been encouraged to his peers.

Moreover, he had some vastly talented individuals like Andrej Kramaric and Ishak Belfodil in and around him to make things easier going forward. At Newcastle, things won’t be so easy.

As a matter of fact, the Brazilian will have multiple responsibilities hanging over his shoulders at Tyneside.

Not only will he be solely responsible for being the main goal-scorer-something he was not burdened with back in Germany but he’ll also have to use his physique well to create assists and chances for  Miguel Almiron and co.

Despite his strong physical attributes, the 22-year-old is yet to experience the intensity of the Premier League. There is absolutely no rest, the oppositions are unpredictable and defenders bullish.

He will be forced out of his comfort zone, which could create malfunctions in his game. While the Brazilian will thrive in the physical aspect, the high-octane nature of the league could take too much out of him to shine week in, week out.

The main reason for Benitez’s departure was that he would not be willing to work with Newcastle’s mediocre squad any more. As a matter of fact, he actually made many average players look very good and wanted some quality signings in order to push for a top-half finish for the Magpies.

However, with Joelinton being the only prominent signing this summer, Mike Ashley’s done little to evolve Newcastle into a quality side.

When one looks at how Aston Villa broke the £100 million transfer budget mark and Norwich City, Sheffield United also looking strong outfits, the lack of reinforcements is a worrying sign for Newcastle.

There is little doubting Joelinton’s ability going forward, as his excellent hold-up play, link-up and finishing skills have granted him a big move. However, there isn’t enough creativity or x-factor to evolve him into a deadly goal-scorer.

Last season, the Magpies only scored 42 goals in the Premier League and have not done anything to improve upon that. The Brazilian’s a replacement for Salomon Rondon, but the lack of creative heads behind him could be worrying.

With Almiron and Matt Ritchie the only notable suppliers, Joelinton may struggle to get goals consistently and could experience a drop in morale if the Magpies endure an inevitable losing streak.

Not a Steve Bruce signing

Now, there is no denying that signing Joelinton was an Ashley decision. He wanted a young striker with his best years ahead of him and someone whose market value will increase in the next years. However, Ashley’s decision to pour a chunk of his transfer budget on one player invites more problems.

Bruce’s appointment as manager did not go well with the fans, as he has already endured relegation from the Premier League with Hull City. The former Villa manager’s tactics are also outdated and his Sheffield Wednesday struggled to impress last season as well. While he’d be delighted to get a striker like Joelinton, the Brazilian isn’t his signing.

After playing in a terrific, fluid system under Julian Nagelsmann at Hoffenheim, playing in a restrictive one under Bruce could potentially affect the 22-year-old’s game.

Bruce has struggled setting up his side against superior oppositions and if things get too defensive, the Brazilian will be left toothless in attack and rendered helpless if a relegation battle threatens Newcastle’s season.

How Matty Longstaff can flourish at Aberdeen 18 days ago

Newcastle United vs Burnley preview: How to watch, kick-off time, team news, predicted lineups and ones to watch 23 days ago 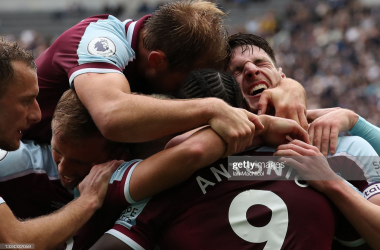