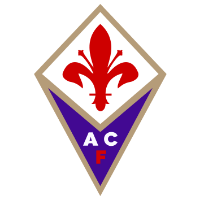 From the opening whistle, Arsenal looked to overwhelm a defensive Fiorentina side with narrow attacking play and the home team could not cope with the pressure. It took until the 18th minute for Arsenal to break the deadlock with a 12 pass move culminating in a defence-splitting pass from Kim Little and a typical short-range finish from Vivianne Miedema.

Twelve minutes later, the Gunners doubled their lead when provider and scorer swapped places from the opening goal as the Scottish international got in behind the defence after a one-two with her Dutch teammate.

After the break, Arsenal continued where they left off with two goals in the first 10 minutes of the second half.

Firstly, after a short back pass from the Italian defence, Miedema rounded the ‘keeper for her second goal of the game and then the Gunners made it 4-0 when an overload in midfield left Lisa Evans at the back post to volley home a deflected Beth Mead cross.

Fiorentina managed to break on a few occasions throughout the match but never really posed a threat to the English side’s defence and there was little to suggest that Antonio Cincotta, coach of the home side, was wrong in his pre-match interview that this tie would be ‘two nights of pain’ for his team.

Last season’s Women's Super League-winning side took their foot off the pedal in the second half and managed to rest Miedema for the last half-hour of the game, allowing some vital minutes for Jordan Nobbs who almost capped off the night with a fifth goal but headed wide from close range.

Williamson playing in a more advanced position when Arsenal in possession

On her 100th start for the club, Leah Williamson continued to join the Arsenal midfield when in possession to give plenty of options for attacking play.

With Fiorentina sitting so deep, it gave the perfect opportunity for the 22-year-old to advance forward and join almost every attack, turning a traditional 4-2-3-1 into a narrow 3-1-3-2-1 formation with the ball.

When Arsenal lost possession, Williamson retreated to join Jennifer Beattie in central defence and pushed forward less in the second half but it is clear that Joe Montemurro sees opportunities to add an extra player to each attack in games that Arsenal will look to dominate.

The question remains whether he will feel confident enough to do this in tougher games, but it allowed the front line to be able to constantly recycle possession and look for new avenues to unlock the defence.

Last season, with a mixture of a small squad and a number of key injuries, Arsenal were forced to play all of their fit players for the majority of matches but tonight, with a 4-0 lead, Montemurro could bring off Miedema just before the hour mark in her first competitive start of the season.

That also gave the opportunity for Nobbs to continue her recovery from the ACL injury that kept her out the World Cup and later, Danielle van de Donk and Jill Roord were replaced to give them a rest before their trip to Manchester on Monday night.

With Lia Walti now back in training, Arsenal have several players to turn to with a heavy schedule over the course of the season.

Player of the match

Plenty of Arsenal players had good performances in Italy but Player of the Match is no surprise. Another efficient performance from the Dutch superstar Vivianne Miedema, saw her grab two goals and an assist to lead her side to a comfortable win in their first Champions League game since 2014.

West Ham United Women vs Manchester United FA WSL Preview: Kick-off time, team news, ones to watch and how to follow 10 days ago

Reading vs Manchester City FA WSL Preview: Kick-off time, team news, ones to watch and how to follow 11 days ago

Although they have only recently joined, the off-the-pitch impact of the WSL's USWNT additions is already evident 19 days ago