Reading manager Mark Bowen pulled no punches in his scathing assessment of the 3-0 home defeat to 22nd-placed Wigan Athletic yesterday, which not only condemned the Royals to their third defeat in four, but extended their barren winless run at The Madejski to seven matches.

The loss, which was described as 'clueless' and 'spineless' by those in attendance, has plunged Bowen's men into relegation uncertainty, with their safety cushion - just seven points now - diminishing by the game. Wigan, meanwhile, pulled one step closer to safety, propelled by goals from Kieffer Moore, Jamal Lowe, and Michael Jacobs.

However, while it was unanimously agreed that the performance was disastrous in every aspect, it was the Welshman, Bowen, who felt the wrath of an irate fanbase after experimenting with a seemingly alien 4-4-2 system. Unsurprisingly, he was quick to shift the blame elsewhere.

"I'm quite staggered with what I have just witnessed. I've been here for around three months and I've given the lads pats on the backs but tonight - and I've told them - was unacceptable, absolutely unacceptable what was produced tonight," Bowen told Berkshire Live.

"My job is to take this club forward and I'll endeavour to do that with the last breath in my body but there's a reason maybe why I take over a club in the bottom three."

He continued, explaining the thinking behind the change in system: "We wanted to stop them playing but any system you change - you need players to buy into it. There is no reason why they shouldn't have. Tonight they didn't work hard enough - it doesn't take a lot of work to adapting to, it's basically a system I dare say they've all grown up with."

"But if you're doing it, you need work, desire, application, braveness - any verb you want to describe but we didn't have any of it.

"Even the quality on the ball - I haven't seen that in the worst training session on any given day since I've come in so I don't know where that performance came from."

His incredulity was mirrored by those in the stands, and justifiably so. But when it gave way to hostility, Bowen sensed a marked deflation in his players.

"Of course I can't blame the crowd and if I had paid my money to come in I dare say I'd have been doing the same thing. But on the other side, obviously in an ideal world it doesn't help. You always want the crowd to get behind the team."

"Clearly the players were suffering from a lack of confidence in periods of the game but I fully sympathise with them. It's my job, the players' and the staff's to make sure that all thoughts of fans leaving the ground are no different to mine."

Barnsley 0-0 Coventry City: Lack of creativity from both sides leads to stalemate17 hours ago

Bristol City vs Sheffield Wednesday: How to watch, kick-off time, predicted lineups and ones to watcha day ago

The Warmdown: How Corberan's stamp earned Huddersfield's first victory of the seasona day ago

Bournemouth vs Norwich City preview: How to watch, kick-off time, predicted line-ups and ones to watcha day ago

Barnsley vs Coventry preview: How to watch, kick off time, team news, predicted lineups and ones to watcha day ago

Derby County vs Blackburn Rovers Preview: How to watch, kick-off time, team news, predicted lineups and ones to watch2 days ago

Lemar in talks with potential move to Wolves2 days ago 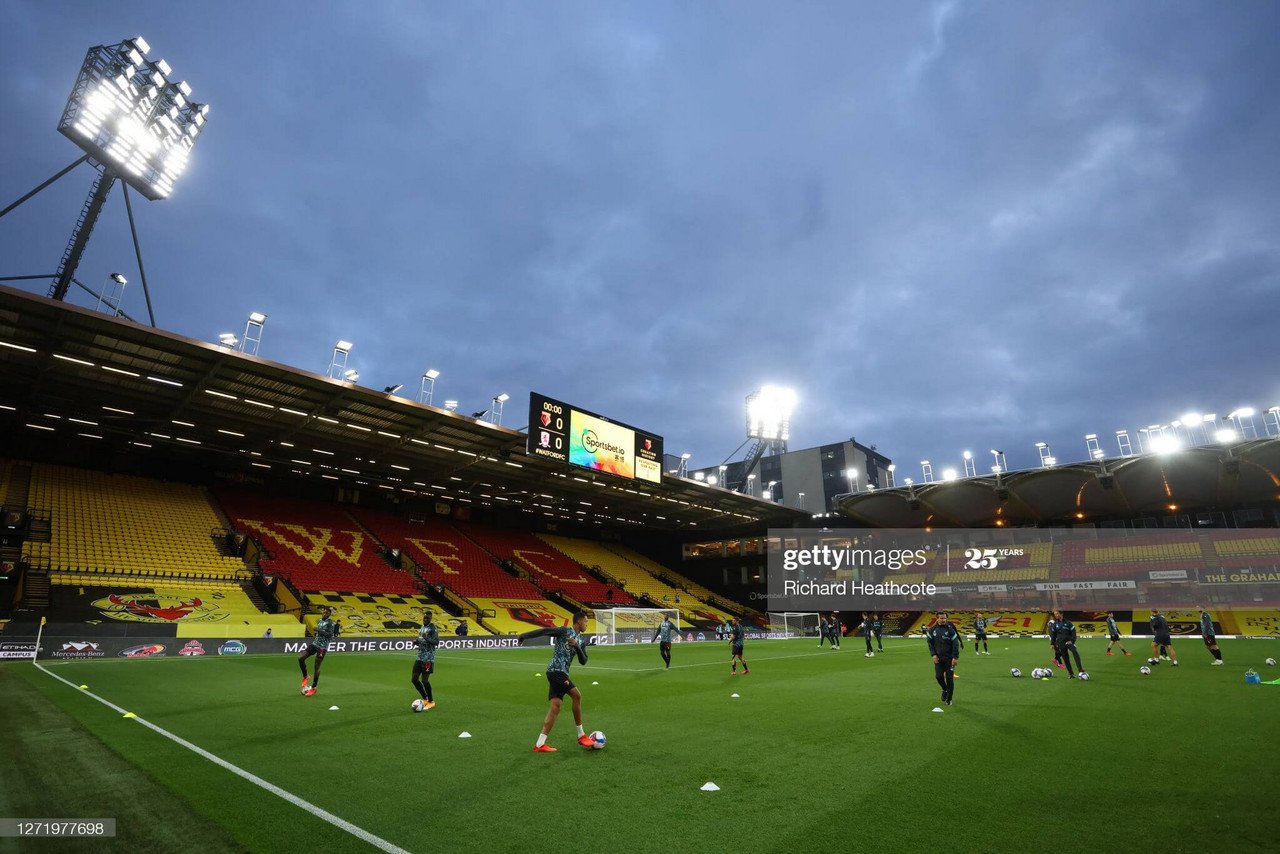 Watford vs Luton Town preview: Team news, ones to watch, how to watch, kick-off timea day ago
Restore your password
Please enter your user name or email.
Login Member or Writer Panel
Enjoy your own Customized Newspaperwith VAVEL topics' carousels!