Manchester City have announced their academy award winners for the 2019/20 campaign with Taylor Harwood-Bellis, Jayden Braaf, James McAtee and Cole Palmer picking up the awards.

All four players were rewarded for their performances for both the club's Elite Development Squad (EDS) and the Under 18's, in a virtual awards presentation. 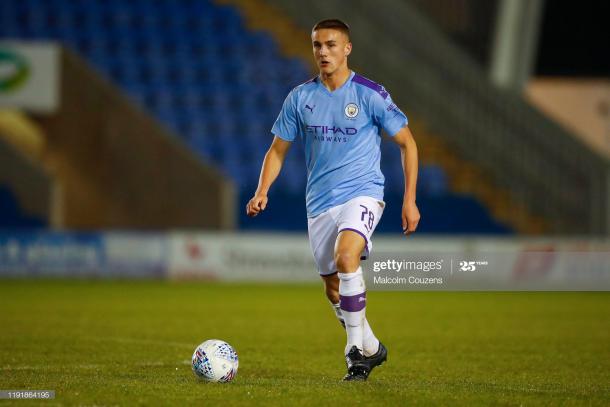 18-year-old centre back, Harwood-Bellis scooped the big award of the evening after being named  EDS Player of the Year. The childhood Blue's impressive form in the academy earned him four first team appearances this campaign, after making his debut against Preston North End in the Carabao Cup back in September.

Harwood-Bellis also made his Champions League debut for the first team back in November, coming on as a substitute in a 4-1 demolition of Dinamo Zagreb.

The youngster has also been involved in Pep Guardiola's recent Premier League plans, being named in the match day squad three times since the restart. 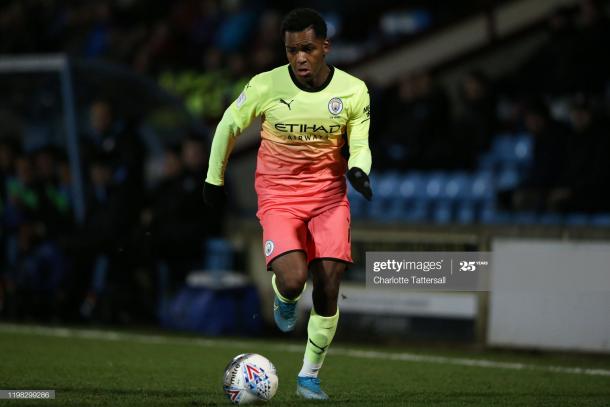 The other EDS award found it's way to Dutch winger, Braaf who picked up the Players' Player of the Year. Braaf has been a shining light in the Blues' academy this campaign, scoring 11 goals and picking up three assists in all competitions.

Despite being just 17, the Dutchman has been tipped for bigger and better things, with many City supporters believing he could be the man to replace Leroy Sane after his recent departure to Bayern Munich.

Under 18's Player of the Year - James McAtee 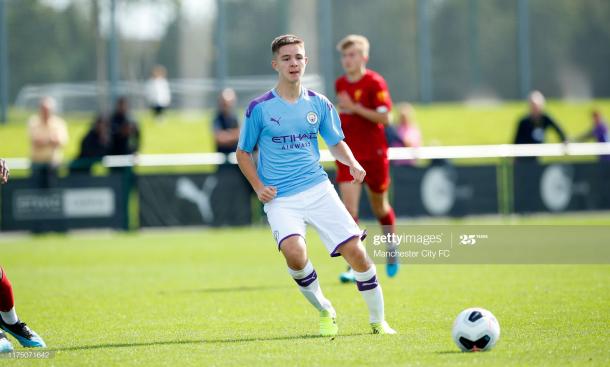 For City's Under 18's it was McAtee who took the main prize, being named Player of the Year.

The 17-year-old enjoyed a breakthrough season in the club's Under 18 setup,  scoring 11 goals and picking up six assists from midfield in the Under 18 Premier League and FA Youth Cup.

McAtee also played an integral part in his side's Premier League Cup win after he netted twice in a 6-0 win over Stoke City.

Under 18's Players' Player of the Year - Cole Palmer 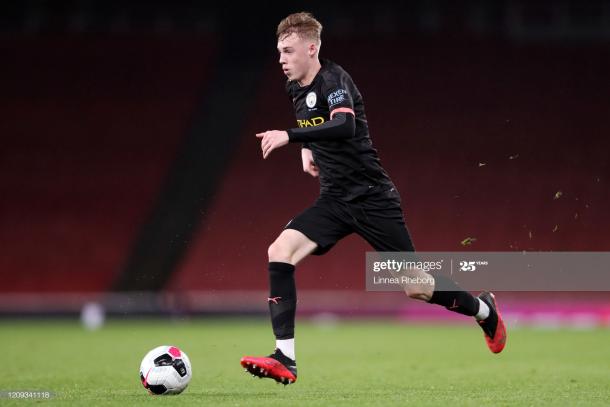 The Players' Player award for the Blues' Under 18 side was awarded to Palmer after a remarkable Premier League Under 18 season. The attacking midfielder recorded some mesmorising statistics, scoring 15 goals and laying up five assists in just 14 league games this season.

The Mancunian midfielder  was also part of the Blues' first team match day squad for the very first time two weeks ago, after being named on the bench in their 2-1 defeat away to Chelsea in the Premier League.

Olympiacos 0 - 1 Manchester City - Foden's first-half strike sends City to the Round of 16&nbsp; 15 hours ago

Olympiakos vs Manchester City Preview: How to Watch, Kick-off Time, Team News, Predicted Lineups &amp;amp; One to Watch 2 days ago

The Warmdown: The points are shared at the Etihad as VAR makes the headlines once again. 16 days ago

Manchester City 1-1 Liverpool - A tale of two penalties as honours are shared at the Etihad. 18 days ago

The Warmdown: City come from behind to beat Porto in Group C a month ago
Restore your password
Please enter your user name or email.
Login Member or Writer Panel
Enjoy your own Customized Newspaperwith VAVEL topics' carousels!