Northampton Town will be hoping to end their nine-game run without a league win on Tuesday when they take on Brian Barry-Murphy's Rochdale.

After six games without scoring a goal, the Cobblers finally found the net on the weekend as they put three past local rivals Milton Keynes Dons.

Unfortunately, it wasn't enough to pick up three points as they shipped four goals - including two in the last ten minutes which gifted the Dons a crucial win.

Rochdale are also on a fairly dismal run of form having won just one of their last 12 league games. In their latest fixture, they played out a positive 0-0 draw with a very good Plymouth Argyle side.

Interim Cobblers boss, Jon Brady has the same squad to chose from as he did on the weekend.

Mickel Miller and Alan Sheehan were both 50/50 as to whether they would be fit enough to feature on the weekend but they both pulled through and came on in the second half. The pair could be in contention for a start tomorrow night.

Midfielder Scott Pollock is the only confirmed absentee as he is still recovering from a long-term groin problem.

Barry-Murphy's Dale have no fresh injuries with Jake Beesley being the only player who remains sidelined.

Matt Done could replace Jimmy Keohane at left-back and midfielder Matthew Lund is likely to be put back into the starting XI after being benched against Plymouth.

Since Brady has come in at Northampton he has switched the system from a 3-5-2 to a much more stubborn 4-3-1-2 set-up. He'll use a flat back four, have three central midfielders who will also cover the flanks, one number ten and two central strikers.

Barry-Murphy has stuck with the 4-4-2 formation for the majority of the season with a flat back four, two central midfielders, two wide players and two out and out forwards.

34-year-old Mark Marshall may not be the obvious shout for a player to look out for from the Northampton squad but his underrated ability can certainly cause teams problems.

The Englishman can play on either flank as well as in a more central striker or attacking midfield role. His left foot has real quality and he can pick a pass with ease in the final third.

Marshall has a superb change of pace and can turn on the afterburners at any stage. His directness and strength when running with the ball can scare opposing defenders and if defenders do not get tight enough to him then he has the quality to punish them.

In the Cobblers' last game against MK Dons, Marshall set up all three goals and was a real thorn in the Dons defence.

He has only started 11 games this campaign but since Brady has come in he has started every game and has begun to hit some form.

After a positive attacking output from Marshall on the weekend, if he continues from where he left off, he is certainly someone to keep a close eye on.

The Northern Irish Matthew Lund has been excellent for Rochdale this season having scored 11 goals and setting up another five.

Lund is a centre midfielder but can play in a more attacking role. His goals from midfield this season have been pivotal for Dale in their bid to avoid relegation.

The 30-year-old picks up some textbook attacking positions and tends to always make the right decision in the final third.

His quality in finding the net from all types of positions is outstanding. Lund has scored nine of his goals from inside the box and two from outside. Of them, four have been headers, six have been with his right foot and one with his left.

He has created 32 chances for his team so far this season and has the highest average rating in the Rochdale squad.

If he turns up on Tuesday evening, he could be a real handful for an extremely leaky Cobblers defence.

Out of the last 11 meetings between these two sides, Rochdale have won five, there have been five draws and Northampton have won just once.

The last time Northampton beat Rochdale was right back in 2013 when they met in a League Two clash. The Cobblers won the game 3-1 with the goals coming from Clive Platt, Kelvin Langmead and Adebayo Akinfenwa.

When these two met earlier on in the season, the game ended as a 1-1 draw. Northampton took the lead in the 20th minute through Harry Smith but Rochdale scored late on through Stephen Humphrys to equalise.

For Northampton fans, the game can be watched by purchasing a live video match pass which can be found in the iFollow section of their website.

The same process can be followed for Rochdale fans with their iFollow page found here.

The Warm Down: Blues edge out Saints on penalties in tight contest 30 minutes ago 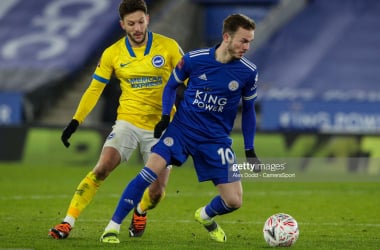 Leicester City vs Brighton and Hove Albion: How to watch, team news, kick-off time, predicted line-ups and ones to watch 2 hours ago 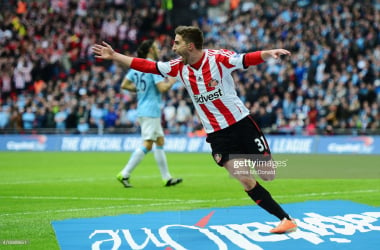 Preston North End vs Liverpool preview: How to watch, kick-off time, team news, predicted lineups and ones to watch a day ago

Jacob Ramsey: The brummie wonderkid a day ago
//