Wycombe Wanderers host Stoke City on Wednesday with the game set to be played before live spectators for the first time in over eight months.

1,000 home supporters will be allowed to attend the match at Adams Park, the first chance for Wycombe fans to see their side in SkyBet Championship action in the club's history.

The Chairboys come into the game on the back of three successive draws, picking up a point away at relegation rivals Derby County last time out.

After enduring a torrid start to the season, in which they lost their first seven league games, Gareth Ainsworth's side are on a decent run, with only one defeat in their last seven outings.

Stoke travel to Buckinghamshire hoping to reignite their play-off hunt after a goalless draw last time out against Sheffield Wednesday and former manager Tony Pulis.

The Potters sit just two points outside the play-off positions and have only lost twice on the road this season, however manager Michael O'Neill is facing a selection headache as Stoke's injury list continues to grow.

The two sides are not regular opponents having only met eight times in their history, with all of those games taking place in the old Division 2.

Wycombe have prevailed over The Potters just once, the victory coming in their last meeting, back in 2002.

Ainsworth is expected to hand a recall to imposing forward Adebayo Akinfenwa for the game, which may lead to Gareth McCleary being moved to the wing.

Matt Bloomfield may also make the starting 11 after the veteran midfielder scored a late equaliser for his side in the draw at Derby.

Stoke are facing something of an injury crisis as several first-team players have been ruled out for the trip to Adams Park.

John Obi Mikel may not feature after boss O'Neill cast doubt on the midfielder's involvement following a prolonged run of games.

Striker Steven Flecther is unavailable after colliding with the advertising boards against Norwich City last week.

Lee Gregory is also unexpected to play after the forward went off injured in the draw with Sheffield Wednesday.

However, O'Neill has announced experienced defender Ryan Shawcross and young winger Thibaut Verlinden will be in the squad for the match, following lengthy lay-offs for the pair.

A physical and imposing striker, Akinfenwa, who styles himself as The Beast, is always capable of causing problems for Championship defenders.

Despite being without a goal in the league this season, the 38-year-old forward can always be relied on to provide some muscle for The Chairboys when deployed as a target man.

The danger man for his side this season, Tyrese Campbell is the leagues fifth highest goalscorer, with six goals and five assists to his name.

Before his side's stalemate last weekend, the 20-year-old had four goals in three games, capable of playing up front or as an inside forward, Campbell is developing into one of the leagues hottest prospects.

Wycombe and Stoke are unfamiliar opponents, having spent the majority of their history in different leagues. The two sides have only ever met eight times.

The Chairboys were victorious in the last meeting between the two sides, taking all three points in a 1-0 victory back in 2002.

Before that Stoke were unbeaten in the previous seven games, winning four and drawing three against the Buckinghamshire side.

For the first time since the first national lockdown, fans will be allowed to attend the match at Adams Park.

Despite the government allowing up to 2,000 spectators at Tier 2 events, Wycombe have announced the game will be a 'pilot game' with a reduced number of 1,000 fans allowed to attend.

To those not lucky enough to attend the game, both clubs will be streaming the match on their own platforms.

Wycombe use the streaming platform 'iFollow', with information available here.

Liverpool 0-0 Manchester United: Shaw and Lindelof shine as United take a point from Anfieldan hour ago

The Warm Down: Plenty of positives for Harder to take from defeat13 minutes ago

Liverpool 0-0 Manchester United: A stalemate which leaves both sides wondering3 hours ago

The Warm Down: Reading Women rebound well against uninspired Arsenal9 minutes ago

Chelsea 2-1 Manchester United: Fran Kirby sends Chelsea to the top of the WSL5 hours ago 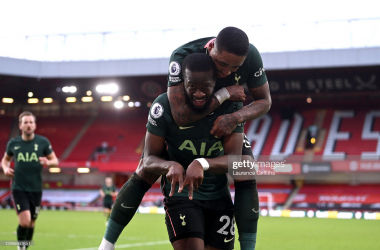