Brendan Rodgers has spoken about the shared workload Jamie Vardy now needs at this stage of his career and he has made it clear that Leicester City will be in the market for a striker this summer.

There has been a list of names that have appeared in the media with many of those names being young strikers with potential to continue developing. Odsonne Edouard especially has been heavily linked with the football club with his contract expiring next summer.

Celtic demanded a £40 million transfer fee last summer but now reports suggest they would be happy to take £25 million for the French u21 international.

With Edouard being one name on the list of candidates to replace Vardy, here is the main target the foxes MUST consider;

Patson Daka is a 22 year old Zambian striker for RB Salzburg in the top flight of Austrian football (Bundesliga). He is valued at £18 million (Transfermarkt)

Daka has been making a lot of headlines this season after scoring 27 goals in 31 games in all competitions with 20 of those goals in just 18 league appearances.

Many football fans have been quick to draw similarities to Erling Haaland who had a similar career path as he too made his name at RB Salzburg before making his switch to Borussia Dortmund.

The frontman has a very similar style to Jamie Vardy as the Zambian has bags of pace and a prolific goalscoring record. His movement is excellent and like Vardy, he loves to run in behind the back line and down the channels.

Daka thrives on making runs into 'half-space', he does this movement regularly in most games he plays. He does this for two reasons; to provide his teammates with a penetrating pass behind the defence or to create space for other players whilst dragging out defenders.

The head coach of Zambia, Milutin Sredejovic, was quoted saying: "I would say he's on the road to replace what Samuel Eto'o once was in representing Africa and African football."

"He could be compared to Sadio Mane or Samuel Eto'o, with the level of skill and speed that he has, with the sense for space, sense of positioning, in the right place at the right time."

Liverpool faced RB Salzburg in a pre-season game last summer and the frontman scored twice producing a superb performance which would have certainly made the Liverpool board take note.

In fact, if reports are to be believed, Daka is a target for the Reds this summer along with other premier league clubs such as Arsenal and Manchester United.

Leicester City will have a lot of competition if they are to bid for Daka this summer but with Rodgers as manager, the club has an impressive reputation for attracting young players and developing their potential.

Analysis: What must Jamie Vardy do in order to terminate his Perennial and Startling goal drought? 18 hours ago 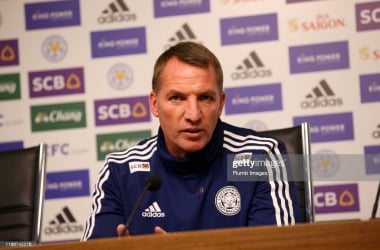 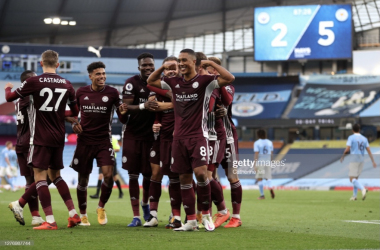 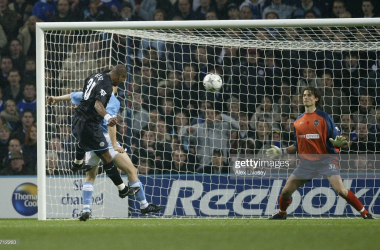