Brighton & Hove Albion will look to take another step towards secuing their Premier League status as they host Everton at the AMEX Stadium.

The Seagulls were beaten 2-1 by Manchester United last time out, but victories over Southampton and Newcastle United put them on 32 points, six clear of the relegation zone with two games in hand on 18th-place Fulham.

The Toffees are winless in their last four matches in all competitions, having not won since a 1-0 away victory against second from bottom West Bromwich Albion. Despite the recent poor run of form, they remain just five points off of a European position.

Dan Burn is a question mark for Brighton as he battles through a thigh injury while Aaron Connolly and Aaron Webster are also doubtful as both are suffering through ankle injuries. Percy Tau is edging closer to a return, but will likely need another week before returning.

Carlo Ancelotti revealed that goalkeeper Jordan Pickford and central midfielder Andre Gomes will miss out while Allan will face a last-minute fitness check. Alex Iwobi is set to return after missing the Toffees' Easter Sunday clash against Crystal Palace with a minor knock.

The reverse fixture at Goodison Park on October 3rd saw a six-goal thriller with Everton coming out on top 4-2. A 16th-minute header from Dominic Calvert-Lewin gave the Toffees a 1-0 lead.

Brighton were level after Jordan Pickford dropped a bouncing ball at the feet of Neal Maupay, who slotted the ball in off the turn. Four minutes later, Yanny Mina restored the hosts' advantage with a header.

James Rodriguez, who set up Mina's goal, slid to finish Iwobi's chipped cross at the back post to double Everton's lead and he put the game to bed in the 70th minute from a pass by Abdoulaye Doucoure.

The Seagulls grabbed a late consolation goal in the second minute of stoppage time through a superb strike by Yves Bissouma.

Adam Lallana has been a class above for Brighton this season, showcasing his intelligence and leadership and probing defenses, which could open up the Everton defense. Leandro Trossard has scored in two of the Seagulls' last three games.

Calvert-Lewin has netted 14 times across 26 appearances in all competitions for Everton while Rodriguez will look to continue his fine form against Brighton after a brace in the prior matchup between the two teams.

This match will be shown on Sky Sports Premier League and Main Event from 8pm with kick-off 15 minutes later.

Ralf Rangnick gives a definition to Manchester United 16 hours ago

The Warmdown: A Diogo double culminates a dominant 4-0 win for Liverpool against Southampton 2 days ago 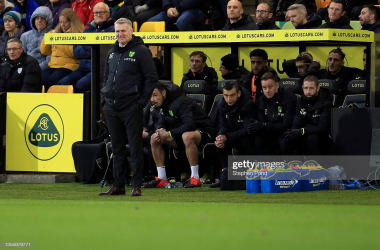