Tranmere recorded their second 0-0 performance of the week as Salford’s regimented defence frustrated Rovers to little chances in the 90 minutes of play.

Neither side were able to take the game by the scruff of the neck in the opening stages, with the ball being passed from one defence to the other in a pinball like game of headed clearances.

Salford registered the first chance of note on 17 minutes as Ian Henderson headed from point blank range, but thirty-nine-year-old Joe Murphy was on hand to get down low and deny the ex-Rochdale man his second goal in as many years at Prenton Park.

The next 50 minutes consisted of offsides and professional fouls as the two sides played out what the casual viewer would describe as an ‘old school’ League Two match. Ball pumped up field, headed into the midfield and volleyed up field again. A poor showing from two sides who between them had more than enough quality to play out an entertaining game.

Rovers recorded their first clear cut chance of the game twenty minutes from time as the ball fell to an onrushing Paul Lewis who hit his effort into the ground and saw it cannon off the upright and out of play.

Substitute Corey Blackett-Taylor had a half-chance at the death but his shot was well blocked.

Where will the next goal come from?

Tranmere have managed to score just one goal in 450 minutes of football and are now 7 games without a win.

They started the year so brightly and looked destined for automatic promotion but since the injury of James Vaughan, Rovers have failed to look a threat in front of goal and are clinging onto the prospect of not having to compete in the lottery that is the League Two Play-offs.

They now sit four points behind Bolton in third and have 12 points to play for before the final day on the 9th May.

The Cameroonian was the only real shining light in today's game as the centre-back was superb from minute one.

He had a real battle with Ian Henderson all game and in particular with Emmanuel Dieseruvwe for the last ten minutes of the game.

The twenty-six-year-old has been in and out of the Rovers defence this season after being a regular last campaign but today's astute performance should do him no harm whatsoever.

Keith Hill's side face mid-table Bradford City on Tuesday night at Valley Parade in what is a gigantic game in their automatic play-off hopes.

The Ammies travel to the Midlands to face 19th placed Walsall. Goals from James Wilson and Luke Burgess secured all three points in the game at the Peninsula Stadium in December.

The Warm Down: Brilliant Magpies stun the Foxes 2 hours ago

The Warmdown: Newcastle stun Leicester at King Power 2 hours ago 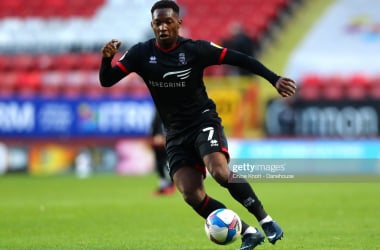 Lincoln City vs AFC Wimbledon preview: How to watch, kick-off time, team news, predicted lineups and ones to watch an hour ago 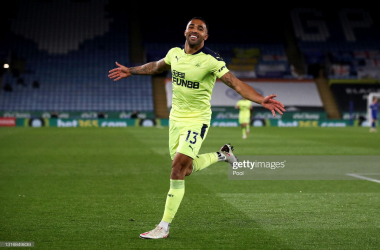 Liverpool vs Southampton preview: How to watch, kick-off time, team news, predicted lineups and ones to watch 35 minutes ago

Bournemouth vs Stoke City preview: How to watch, kick-off time, team news, predicted lineups and ones to watch 5 hours ago

The Warmdown: A final at last for Solskjaer 17 hours ago 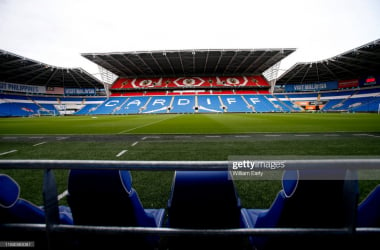 Cardiff City vs Rotherham United preview: How to watch, kick-off time, team news, predicted lineups and ones to watch 5 hours ago

Jurgen Klopp backs 'world-class' Thiago Alcantara to be a success at Anfield – despite disappointing first campaign&nbsp; 17 hours ago

Catarina Macario is showing early signs of brilliance. Can she become a world-class centre-forward?&nbsp; a day ago
//