At the fifth time of asking, Leicester City finally got their hands on the FA Cup trophy after beating Chelsea in a tense final.

After a nervy first half from both teams, the defining moment of the game came in the 63rd minute as Youri Tielemans' shot flew into the top corner to the delight of the 6,000 Foxes fans who were in attendance.

There would be a big finish to the match however, as two outstanding Kasper Schmeichel saves preceded a huge VAR call that denied Chelsea a last minute equaliser.

Due to the VAR decision, Leicester held on to claim the first FA Cup in their history.

Brendan Rodgers spoke to the media in the midst of the celebrations and here are the highlights of what was said.

"It's incredible. It'll probably sink in later. It was the one everyone wanted to win. For Vichai, Top and the family."

After 137 years of trying and after four failed attempts, Leicester have finally won the FA Cup, the one competition that Rodgers knew the importance of within the Foxes community.

After the Premier League success in 2016, the emphasis on the FA Cup grew as it became the single missing piece of silverware missing from the trophy cabinet domestically, so to finish the set and create history for the club is something that Rodgers and his side will be remembered for forever.

"A goal like that thoroughly deserved to win it but you can't mention that without Kasper Schmeichel's save. What a save. To produce that was remarkable."

Leicester had top performers all over the park, but Tielemans and Kasper Schmeichel stood out above the rest as their quality was ultimately the difference.

Tielemans kept the entire side ticking throughout and his goal will go down as one of the most memorable strikes in FA Cup final history, while Schmeichel's world-class saves were more than crucial towards Leicester's victory, something Rodgers was very much aware of.

"He (Top) was a big part of me coming here. It was about going to the right club and a huge part of that is owners who are ambitious and you can work with. For a guy who’s lost his father, to be able to give him that joy and happiness, I’m so so proud."

Leicester's owners have been instrumental to their success and the relationship that is shared between them, the squad, and the community has become the envy of every fan.

Testament to this was when Khun Top joined the players in celebration on the pitch, was handed the trophy, and lifted it to a chorus of cheers from players and fans alike.

Despite not meeting Khun Vichai, Rodgers seemingly understands his importance to everything that has been put in place, as well as how his son has devoted himself to carry on his father's vision, highlighted by his delight to win the trophy for the family.

On what it means for the club

"Everyone talks about trophies but the reality is there are huge clubs judged on winning. For us it's about being successful and challenging them. Now we’ve got to enjoy tonight, refocus and see if we can get a result on Tuesday."

Since coming into the job, Rodgers made it clear that it was his aim to get Leicester challenging and disrupting the 'big six' and this FA Cup victory shows the success the team are having in doing so.

Building on the fifth place finish last season and now with the FA Cup in the bag, the Foxes have a chance to qualify for the Champions League once again as they look to show just how much they have grown as a club and how they will not let the Premier League success be a one off achievement.

If they can finish in the top four at the expense of one of the big guns, it will further solidify that Leicester are on the rise and are looking to stay there.

"I’m very privileged to be their manager. I'm proud to deliver that for them. Have a big celebration tonight, through the rest of the season. They can now say they’re FA Cup winners. Enjoy it, that’s what winning is about."

It will have been a special moment for the players to be able to celebrate with the fans, as it will have been for the fans who, many of whom, have been locked down longer than most in the country.

Rodgers will be well aware of the pride that he has been able to give the city due to how well informed he was of the deperation to win the cup, so to be the person to finally provide that joy at a time when not much joy has been felt around Leicester due to the pandemic will mean everything to everyone involved.

Leicester City announce the signing of Harry Souttar - what will he bring? 17 hours ago

What can Leicester expect from their new Brazilian winger Tetê? 4 days ago 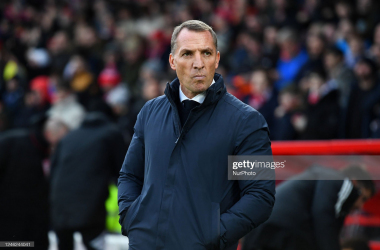 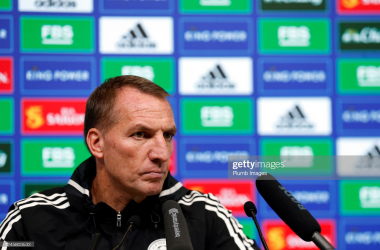