After Barnsley's delightful campaign, key figures in the squad were always going to be targeted if promotion wasn't succeeded.

Callum Styles received deserved praise after a terrific season in the second tier, whilst loanee youngster Daryl Dike stole the headlines after a successful first spell in English football from MLS side Orlando City.

However, for many moons Mowatt has been the architect and midfield maestro, controlling play in the centre for the Tykes.

Are the Forest links there?

The imminent arrival of Dane Murphy and Taymour Roushdi, combined with the unusually quiet transfer proceedings thus far from Forest, suggests little time will be wasted when the former Barnsley boardroom pair arrive on Trentside.

It's yet to be reported that Forest are interested in Mowatt, however, when July comes around, a swoop should certainly be considered given the Championship experience and first team quality Mowatt would offer, with the addition of not having to cough up a fee.

Mowatt started 44 of Barnsley's 46 Championship league fixtures last campaign, and alongside being the captain of the side, offered a generous helping of 15 goal contributions.

His eight goals and seven assists helped guide Barnsley along to a surprising, but deserved fifth placed finish.

Forest would have to fight for the 26-year-old's signature though, after he impressed former boss Valerien Ismael during his time at Barnsley.

French international Ismael did a fantastic job at the Tykes, but is embarking on a new challenge with recently relegated Premier League outfit - West Bromwich Albion.

With a clear fondness of the skipper, and a positive working relationship together in South Yorkshire, it's likely that West Brom will also make a move for Mowatt this summer. However, it remains to be seen whether the player will favour a rekindling with Ismael or opt for a new challenge.

Mowatt has made 216 Championship appearances, which equates to seven full seasons - at the age of just 26. Having that Championship knowhow, and consistency to pull through match defining moments as captain, are traits that should lure manager Chris Hughton into wanting the deal.

With Harry Arter and Fouad Bachirou likely to follow both Samba Sow and Manchester United’s James Garner out of the City Ground exit door this summer, a first team vacancy in central midfield is most certainly available. And, as a free agent this window, Forest should look no further than the Barnsley captain.

It's a signing, that if completed, would add real quality and leadership to the Reds starting XI, but it remains to be seen if Hughton will make the swoop for the talented midfielder. 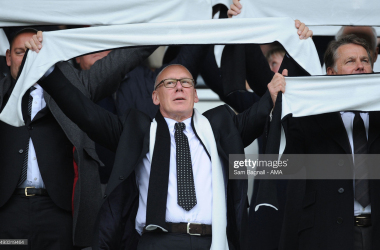 Things need to change, and fast, or Derby won't survive an hour ago

Hull City prepare for two friendlies in one day as Huddlestone set to feature&nbsp; a day ago

Trials and tribulations - Which five trialists should Wayne Rooney sign? 3 days ago

Taylor Perry looking forward ahead of big season 4 days ago

Statistics show how important it is for&nbsp;Preston North End to bring back Daniel Iversen 5 days ago
//