Fortuna Sittard are far from a household name, but the club that finished 11th in the Eredivisie last campaign was the home of 22-year-old Zian Flemming whose captivating performances and impressive numbers from midfield have excited Dutch fans.

The dawn of a new era has begun on Trentside, with Dane Murphy beginning his role as the new CEO of the club, and Taymour Roushdi also joining as football director.

Nottingham Forest's frantic approach to the transfer market in seasons gone by has left them with a huge squad, wage bill and ultimately disappointment.

It's 62 days since Forest fell to a 2-1 home defeat against Preston North End, which drew the curtain on an underwhelming Sky Bet Championship campaign. However, the Reds are yet to sign a player this summer, therefore highlighting a more cautious approach to their transfer dealings.

But who is Flemming, and is he the man that Forest supporters have been waiting for as their first signing ahead of the 2021/22 season?

With a large number of outgoings from the City Ground this summer, recruitment is hugely important to propel Forest back into a comfortable position after a stale 17th placed finish.

An initial £800k bid was rejected for the attacking midfielder, but the Reds have since launched a second bid, and with the player reportedly keen to make the move happen, Forest may have their first signing under the new-look recruitment team just over the horizon.

35-year-old American CEO Murphy has been credited for his approach of signing young players to nurture at clubs, and Flemming would certainly fit the bill of an exciting prospect with potential.

The attacking midfielder, who can also play higher up the pitch as a centre forward option, as well as deeper in central midfield would offer versatility for the Reds, whilst boasting an impressive attacking return in his previous two campaigns.

Flemming began his career at Eredivisie powerhouses Ajax in 2007, and remained at the club until 2017, when he was moved on to - Jong Ajax, otherwise known as Ajax's second team.

With a constant pool of talent coming through at the Johan Cruyff Arena, and opportunities scarce, Flemming moved on in an attempt to showcase his talent and make a name for himself elsewhere.

The youngster joined PEC Zwolle in the summer of 2018, a club that Forest fans may be familiar with due to former recruits - Thomas Lam and Lars Veldwijk spending time there.

However, it was during a loan spell in the 2019/20 season at NEC Nijmegan in the Netherlands' second division - Eerste Divisie, that Flemming would display just what he could do.

In 24 league starts for the now top-flight club, he accumulated an impressive 13 goals and two assists, putting him in the shop window for a move in the summer of last year.

Taking the step up in his stride

His long range shooting ability, strength in aerial duels and versatility around the pitch earned him a move to Fortuna Sittard, where Forest are now probing just a year on for his signature.

Since his arrival in the south of Holland at Sittard, things have continued to positively develop for Flemming. A debut season in the Eredivisie crafted new obstacles for the 22-year-old to mount, but he has shown talent in abundance.

Flemming finished the most recently concluded campaign as Sittard's top goalscorer with 12, and top creator with seven assists, just one shy of a dazzling 20 goal contributions debut campaign in the Dutch top-flight.

A clear change of direction

Forest have been no strangers to delving into the foreign market in recent transfer windows, but under former CEO Ioannis Vrentzos, cast off Olympiacos players and senior players with no experience in the English leagues, helped boost Forest's average age to the second highest in the Championship last season.

Flemming, amongst other recently linked names to the City Ground is a young and hungry player that will help the Reds build for the future rather than arrive as a short term fix.

With a second bid on the table, the ball is in the Sittard's court. Forest have to be patient, but the arrival of Flemming would be a fitting first signing for Murphy, as the new hierarchy looks to give manager Chris Hughton the best possible arsenal heading into the 21/22 season, and beyond. 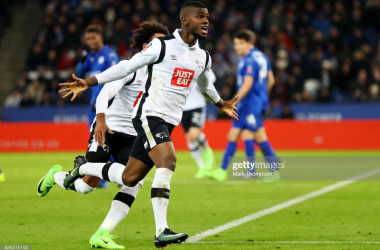 Wayne Rooney: The dramatic decline of England's record goalscorer a day ago

Cardiff City: Which young guns can strive for a first-team breakthrough next term? 4 days ago

Real Betis 0-1 Wolves: Cutrone the difference as Lage gets first win of the season 5 days ago

Things need to change, and fast, or Derby won't survive 5 days ago

Hull City prepare for two friendlies in one day as Huddlestone set to feature&nbsp; 6 days ago