Mick McCarthy will be hoping to progress to the next round of the EFL Cup on Tuesday evening, where his side host newly-promoted Sutton United at the Cardiff City Stadium.

The Bluebirds commenced their 2020/21 Championship campaign with a draw at home to Barnsley on the weekend, and while solidity and team structure came to the fore, they were unable to tactically deconstruct their opponents.

Meanwhile, Sutton- who gained promotion to the EFL for the first time in their history last term- endured a rocky start to life in League Two, losing out 2-1 at Forest Green Rovers courtesy of Ebou Adams' last-grasp winner.

Both sides are in a quest to chalk their first competitive victories of the season on the board and generate momentum for their upcoming league fixtures; Cardiff travel to Blackpool on Saturday afternoon, whereas the U's' plunge into the deep end continues with a trip to Salford.

City supporters were subdued to pre-season panic amidst a lengthy injury list, however, a number of the club's key players are now returning from varying setbacks.

Talismanic forward Kieffer Moore has successfully recovered from COVID-19 and featured in their opening fixture against Barnsley, while young star Rubin Colwill has dealt his own issues with the illness.

Perry Ng and Leandro Bacuna were both also struck down by COVID, however, both made a positive recovery in the off season and started the first showdown.

Isaac Vassell, Lee Tomlin and Josh Murphy are all sidelined and are expected to miss out on Tuesday's encounter.

On the other hand, Sutton currently do not have any injuries within the first-team fold and were able to field a full-strength side at The New Lawn.

Despite only recently arriving at the club on a season-long loan from Wolverhampton Wanderers, versatile wide man Ryan Giles has made an instant impression at Cardiff and looks set be be handed a key role this term.

His dynamism and endeavour facilitates City with an extra dimension going forward, as the blistering speed possessed by the youngster is ideal for a side that often look to utilise quick transitions and hit teams on the break.

He was their standout player against the Tykes and created a match-high six chances, coupled with an assist for Marlon Pack's opener.

It is imperative for Sutton that, if the rocket-heeled 21-year-old features, they double up and prevent him from taking the ball into dangerous wide areas, where he looks to optimise his pace and crossing ability.

Tricky winger Enzio Boldewijn could prove to give Cardiff a whole host of problems if he is not negated from early on.

He enjoys one on one situations and getting in behind, meaning the City backline will have to keep close tabs on him- and doing so may well nullify the entire dynamic of Sutton's attack.

The flying Dutchman joined the side in the summer in order to spearhead their League Two survival mission, having obtained plenty of experience at that level in previous stints with both Crawley Town and Notts County.

It was in Sussex where Boldewijn showcased his best form, though, hitting 10 goals and four assists across the 2017/18 campaign to earn the interest of then-County boss Kevin Nolan.

Sutton supporters will be hoping that their new recruit can hit the ground running quickly and translate his talent, as well as his know-how to their team this year.

Interestingly, Cardiff and Sutton are yet to lock horns and Tuesday will mark as the first ever clash between the two.

The showdown is scheduled for 19:00 BST, but unfortunately it cannot be watched in the UK, as is the norm with the majority of the upcoming EFL Cup matches.

However, there is the option to purchase an audio match pass for tomorrow's fixture.

Brighton 2-1 Leicester: Brighton continue to defy expectations in emphatic victory an hour ago

Wolverhampton Wanderers 0-2 Brentford: The Bees continue to dazzle amongst England's elite a day ago

Wolverhampton Wanderers v Brentford Preview: How to Watch, Kick-off Time, Team News, Predicted Line-ups, and One to Watch 2 days ago

Burnley vs Arsenal preview: How to watch, kick-off time, team news, predicted lineups and ones to watch 2 days ago

The Warmdown: Saints defend religiously in 0-0 stalemate 7 hours ago 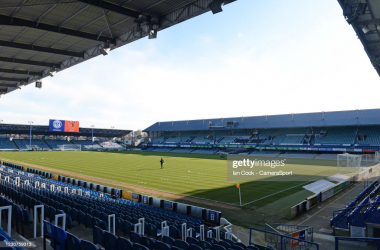 Portsmouth 1-2 Cambridge United: U's into top half after Fratton Park victory 21 hours ago 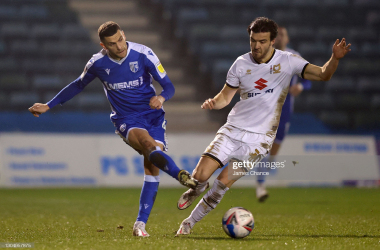