On paper, Roberto De Zerbi's first home game in charge of Brighton looked a mouthwatering prospect. A Saturday tea-time kick-off under the lights, his in-form side facing off against one of the big boys who have been out of sorts recently; it seemed the perfect recipe for a big performance for the home side.

Instead, the Seagulls produced a tepid display, failing to seriously test Hugo Lloris at any stage. Despite enjoying 59% of possession they did not create any clear chances and could not sustain consistent pressure on the Tottenham goal, until the last 5 minutes at least.

While it may be a tad harsh to criticise a side who have performed superbly this season after a narrow defeat to a big six side, De Zerbi's teams are known for their high-risk and highly entertaining style. Those traits were conspicuously absent from this performance.

The Italian has spoken about his reluctance to implement his own ideas too quickly after Graham Potter's successful tenure, though on this evidence he may want to expedite that.

One man who did bring some excitement to proceedings for the hosts was Kaoru Mitoma. Emerging from the bench to replace Pervis Estupinan in the 67th minute, the Japanese winger immediately injected life into his side's stale display with his trickery and direct running.

For a short period in the second half yesterday, it felt like the world revolved around Mitoma. Brighton looked to pick him out at every opportunity and the crowd were audibly excited whenever he received the ball on the left flank, willing him to pick the lock of a stubborn Spurs defence.

He appeared to have the beating of the retreating defenders every time he ran at them, nearly getting through on goal on one occasion after jinking past Matt Doherty and Eric Dier.

Mitoma signed for the Seagulls in the summer of 2021 and spent last season on loan in Belgium, so has gone under the radar somewhat at the start of this year. On this form, it will not be long until he is being spoken about as one of the most exciting talents in the league.

Antonio Conte sprung a surprise with his team selection here, abandoning the 3-4-3 formation Spurs have used in every game so far this season in favour of a 3-5-2. Yves Bissouma came in as the extra man in midfield with Richarlison dropped to the bench.

Spurs have looked vulnerable in recent matches but the extra presence in the middle of the pitch gave them greater control and solidity. They bossed the opening 25 minutes and though they did not create many clear openings, when you have Harry Kane in your team, one is usually enough.

Famously, in Chelsea's title winning 16-17 season, Conte switched formation to a 3-4-3 after his side were humbled away at Arsenal and it had a transformative effect - they promptly won 13 games in a row and stormed to the top of the table.

It's early days but after their own humiliating loss at the Emirates last week, Tottenham would be delighted if he can achieve a similar result this time.

There is only one striker anyone wants to talk about at the moment - a certain Norwegian lad who plays in Manchester.

While Erling Haaland continues to demolish all who dare stand in his way like an evil supervillain, Harry Kane is quietly putting together his best season for some time. Under normal circumstances, we would be talking up his 8 goals in 9 games as evidence of an imminent World Cup triumph for England, but Haaland's numbers this year have made such an achievement look decidedly average.

Perhaps it is no bad thing for Kane to be working in the shadows. His own goals record has dipped sightly in recent seasons; he bagged more than 20 in every season between 2015-2018, but has done so only once since then.

He is well on course for a return to his most prolific days this year. Conte - and Gareth Southgate - will be hoping the knock he hobbled off with in the closing stages yesterday is not serious. 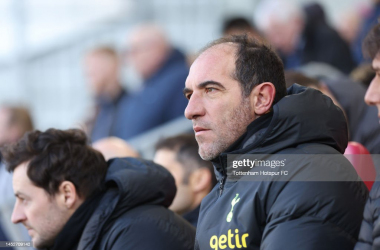