A game that was 12 years in the making showed that lightening can strike twice as a missed penalty from Andre Ayew and a brace from De Arrasceta wasn't enough as both teams crash out of group H.

Ati-Zigi 6 – Did well to get close to both Uruguayan shots but could possibly have done better with the opening goal. He will be disappointed not to have got more on the ball from the first goal as he could only deflect it into the path of De Arrasceta.

Seidu 5 – Struggled impacting the game at either end of the pitch and was partly at fault for the first goal after letting Suarez past him much too easily.

Amartey 6 – A poor first half conceding two goals and struggled to deal with Nunez’s physicality. However, a world class tackle in the second half to deny Nunez kept his side in the game.

Salisu 6 – Made a fantastic clearance to keep the scores level at the time and looked much more comfortable than his center back partner.

Baba 6 - Similar to Seidu, the Reading fallback didn’t offer any impact going forward or back in the first half. However, he did manage to help cause problems for Uruguay in the second half with some good overlapping runs.

Partey 6 – Did well at times to cope with the energetic Uruguayan mid-field but was not as commanding as he had been in previous games. The Arsenal midfielder looked much more comfortable in the second half once Ghana started having more of the ball.

Abdul-Samed 5 – Failed to help Partey control the middle of the pitch for Ghana and went missing for large parts of the game. Even when he was offered more time and space in the second half he still struggled to offer any impact.

Kudus 7 – Ghana's biggest threat causing problems for the Uruguayan defense and winning a penalty for his team. His influence waned as the game went on but still offered a threat for the Black Stars. 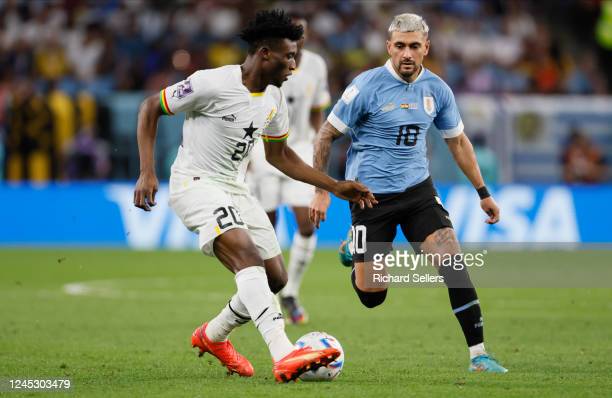 A. Ayew 4 – The forward will be haunted by that penalty miss for the rest of his life, and while he created some openings for his team, he failed to handle the pressure from the spot. His half time substitution summed up his performance.

J. Ayew 5 – Was not as impactful as he had been in the previous group games. His biggest contribution was his tireless running. Will be disappointed he couldn’t offer more.

Williams 6 – While you cannot fault his work rate, he got limited chances within the game and will wish he had a bigger impact. Looked surprised to be taken off with 15 minutes to go but did very little to justify him staying on the pitch.

Sulemana 7 - Was Ghana's biggest threat in the second halk, linking up well with kudus and Bukari.

Bakari 6 - Helped Ghana get more control in the second half and string together more consistent attacks but failed to add any direct goal threat.

Issahaku N/A - Came on to waste time in the final minutes of injury time.

Rochet 7 – Poor handling resulted in a rash challenge and the conceding of a penalty. However, he made up for it with a fantastic save to keep the scores level and keep his team in the game. 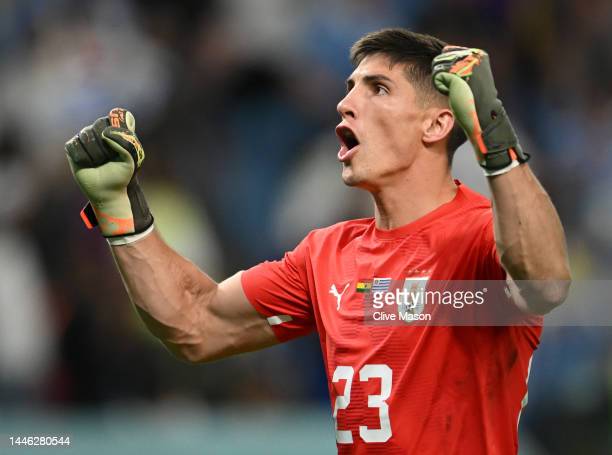 Varela 7 – May consider himself fortunate to have been on the pitch as long as he was. However, the former Manchester United full back demonstrated quality contributing to the defense and attack.

Gimenez 7 – Made up for Godin's absence with a commanding display at the heart of the Uruguayan backline in what appeared to be a changing of the guard at centre half.

Coates 6 – Formed a great partnership with Gimenez to help keep the Uruguayan defense tight and hard to break down.

Olivera 6 – Offered a number of good attacking runs while also dealing with the roaming Kudus. Had more problems in the second half from the Ghanaian substitutes.

Bentancur 6 – Offered less going forward than we have seen for both club and country this season but helped shield the back four and limit the space for Ghana’s attackers.

De Arrasceta 8 – Scored the opening two goals with a well taken finish for the second. Was all action from his first minute to his last and helped give Urugay a healthy lead by half time.

Valverde 7 – A much quieter performance than was to be expected by the most inform mid-fielder in the world. However, he still caused numerous problems for the Ghanaian mid-field.

Pellistri 7 – Gave a huge amount of energy to the South American sides forward line and offered just as much as his more reputable strike partners.

Suarez 7 – The veteran striker was heavily influential throughout the whole game, before being substituted for fresher legs, and created the opening goal of the game. The only question is why didn’t he start the first two games for Uruguay? 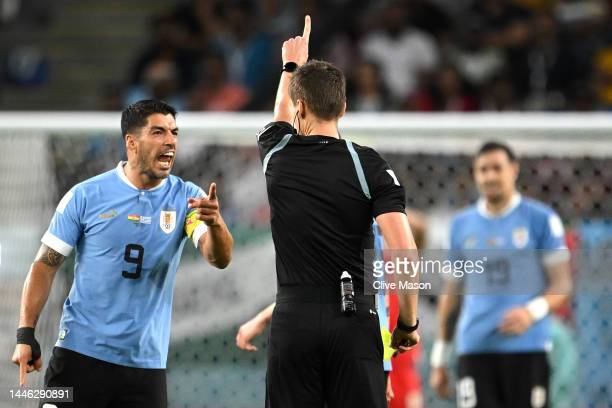 Nunez 8 – Had a brilliant chance to open the scoring which was unfortunately cleared off the line, and he may feel aggrieved not to have won a penalty for his side just before the hour mark.

De La cruz 6 - Had the last effort of the game with a free kick that lacked any venom and offered next to nothing else during his time on the pitch.

Cavani 6 - Had an effort that was brilliantly saved by the Ghana goalkeeper but just failed to help his team get the crucial goal in the dying minutes.

Gomez 6 - Came close with a long range effort that was smartly saved and looked the most threatening of the Uruguay substitutes.

Canobbio N/A - did his best to help his side get the crucial third goal but ultimately failed.

Blackpool vs Huddersfield Town: Championship Preview, Gameweek 30, 2023 an hour ago