90+4' The referee blows for time. Argentina breathe a sigh of relief as Messi scores a late, late winner. Iran should take pride in the way the played today though.

90+1' GOAL! Argentina claim it at the death! Zabaleta on the right plays the ball inside to Messi, who skips past one and curves it just inside the post. Nothing Haghigi could have done about that.

90' Four minutes have been added, can anyone find the breakthrough?

84' Javier Mascherano finds the head of Palacio with a long ball but Haghigi does well to meet his near post header and tip it away for a corner.

82' Rojo shoots from out on the right but his shot swerves away from goal. Time running out for Argentina to find a winner.

75' Changes for both sides as the booked Masoud Shojaei makes way for Khosro Heydari. Argentina bring off Higuain and Aguero for Ezequiel Lavezzi and Rodrigo Palacio.

74' Di Maria finds some space for a shot inside the box but the angle is tight and he shoots straight at Haghigi.

73' The resulting costless-kick is just the wrong side of the post for Lionel Messi as it bulges the side netting.

72' Masoud Shojaei is shown the yellow card for a late sliding tackle on Di Maria on the edge of the 18 yard box.

67' Dejagah forces Romero into a brilliant save as he meets a long ball with a looping header. Romero gets his fingertips on it and it goes for an Iran corner but nothing comes of it.

65' Safi makes a run down the left flank and although his cross doesn't look too pretty, Garay slices it and out it goes for a corner.

63' Haji Safi's effort from some distance is deflected. Gago manages to clear somewhat of a scramble in front of goal.

59' Messi picks the ball up in the middle of the park and decides exploit the space in front of him but his effort on the outside of the area skips past the post.

54' Zabaleta brings down Askan Dejagah as he tries to clear but the referee ignores all penalty claims from the Iranians.

52' Javad Nekounam is the first player to enter the referee's book after tripping Gago.

51' Goochannejhad with a great chance for Iran but his powerful header is straight at Romero, who manages to gather it after spilling.

49' Messi does well to beat his man and find Pablo Zabaleta, who tries to go across goal with his shot but he can't find the target.

45' The match is back underway. No changes as of yet for either side.

45+2' The referee blows the whistle for half time. The score as the players head to the changing rooms is Argentina 0-0 Iran.

45' The fourth official has signalled that two minutes will be added at the end of the first half.

36' The Benfica defender probably should have scored there; he climbed high above everyone else and met the ball just outside the 6 yard box.

36' Just inches over the bar from Garay as Messi opts to cross rather than shoot.

35' Messi may get another go as Gago is brought down by Reza Goochannejahdabout 25 yards from goal.

32' Messi hits the costless-kick over the wall, but unfortuantely for Argentina, it's also over the bar.

30' Andranik Teymourian trips Messi on the edge of the area. Costless-kick in a great position for Argentina.

25' Aguero plays a ball over the top to Di Maria on the left, but his shot is blocked. The subsequent Argentina corner comes to nothing.

23' Marcos Rojo heads just wide from Aguero's corner. Looking like it's only a matter of time before La Albicelste score.

21' A fantastic passing move from Argentina as Higuain lays it off for Aguero, who is equalled by Haghigi in goal with a one handed save.

19' Higuain lays the ball off to Di Maria, who tries to pick his spot first time, but his shot is high and wide.

17' Argentina clear an Iran corner and Di Maria tries to spearhead the counter attack but it comes to nothing.

13' Fernando Gago plays a long through ball in behind the defence to Gonzalo Higuain but Haghigi is quick off his line to stop the striker scoring.

8' Argentina's approach seems very direct so far, much quicker on the ball than on Sunday evening against Bosnia.

4' Jalal Hosseini struggles to make contact with the in-swinging costless-kick and his header goes wide.

3' Rojo's weak cross is too close to Alireza Haghigi.

14:51. "He was asked how he likes to play and he answered what he thinks in a respectful way. We respect each other, we have a very strong team spirit. It is good to have an open dialogue with my players." Sabella said.

14:48. Meanwhile, Argentina boss Alejandro Sabella has played down talk that Messi criticised his tactics after the match against Bosnia.

14:45. Queiroz: ""I think our primary mission is to go beyond our limits, to put in an outstanding performance because we're up against a team of great quality."

14:41. Iran's Portuguese manager Carlos Queiroz has said that this is the most "eagerly anticiapted" match in the nation's history.

14:37. That means that Napoli hitman Gonzalo Higuain should start up front with Messi and Sergio Aguero.

14:35. Argentina are expected to start with a 4-3-3 formation this evening. A back five ensured a boring first half against Bosnia when they lacked any attacking creativity but switched to 4-3-3 in the second half and looked much more lethal up front.

14:29. Injury news now; Rodrigo Palacio is expected to return the Argentina squad, while Iran's Sardar Azmoun is expected to miss out after picking up an injury in the game against Nigeria.

14:23. Lionel Messi scored only his second goal in a World Cup finals last Sunday against Bosnia. Can he make it three today? 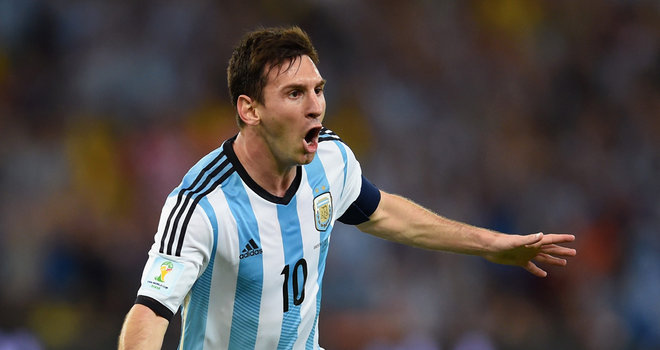 14:19. Victory over Bosnia in their opening game means that a victory today will see Argentina qualify for the last 16.

14:13. Today's match opens the second round of round robin play in Group F. Argentina defeated Bosnia 2-1 in their opening match, while Iran played a 0-0 draw against African champions Nigeria.

14:10. And here is a picture of the Estadio Mineirao, courtesy of Stadium Guide 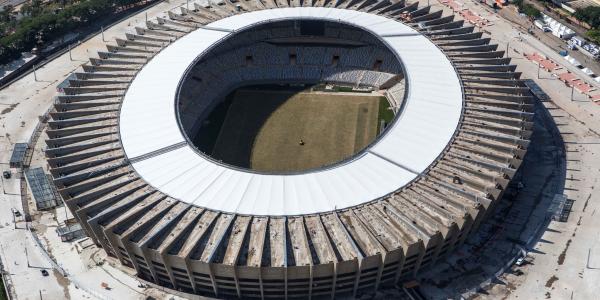 14:03. The game will take place at the Estadio Mineirao in Belo Horizonte. The stadium has already hosted two matches at this World Cup; Colombia's victory over Greece last Saturday and Belgium's opening win over Algeria on Tuesday.

14:02. Welcome to VAVEL's live text commentary of Argentina - Iran. Kick off is scheduled for 5 o'clock.

Why Are Spanish Clubs So Dominant In Europe? 9 days ago

"We've got to be completely ruthless" - Southgate 6 days ago