Bundesliga side VfB Stuttgart have confirmed the signing of free agent Holger Badstuber, who signs a one-year contract with the club he began his youth career with back in 2000.

The 28-year-old will wear the number 28 shirt for the Swabians this season as he looks to put his injury problems behind him once and for all.

Speaking to the club's official website following the announcement, the former Stuttgart youth player said that "nobody should forget their roots".

Badstuber continued by saying that "VfB was and is something special for me" and added that he "can not wait" to pull on the Stuttgart shirt ahead of the new Bundesliga season.

Last season's 2.Bundesliga champions have made this signing in a conscious effort to add top-flight experience to their defence, with youngster Timo Baumgartl the only central defender in the squad to have tasted Bundesliga football thus far. 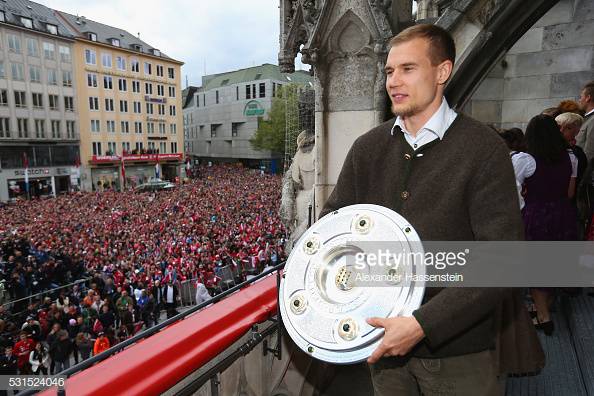 Defender hoping to put his injury troubles behind him

Stuttgart's marketing director Jochen Röttgermann also spoke to the club's website, describing Badstuber as "​a player of exceptional quality" who "knows the Bundesliga and VfB".

Röttgermann added that Badstuber "brings a wealth of experience to our squad", and stated that the club are "delighted that he'll soon be wearing the VfB shirt again."

Since breaking through to the Bayern Munich first-team in 2010, Badstuber has had a lot of bad luck with injuries and missed 217 games due to various different injuries while contracted to the Bavarians.

After spending the first half of last season on the fringes of Bayern's squad the centre-back was sent out to FC Schalke 04 on loan, and made 12 appearances for the Gelsenkirchen side before being released from his Bayern contract at the end of the season.

Badstuber has also appeared for the German national team 31 times since making his debut against Hungary in 2010, although his most recent appearance for Joachim Löw's men was against Australia in March 2015.

Bundesliga: Three things to watch out for ahead of Matchday 4 9 days ago

Borussia Monchengladbach vs Wolfsburg Preview: How to watch, kick-off time, team news, predicted lineups and ones to watch 9 days ago

Freiburg vs Werder Bremen Preview: How to watch, kick off time, team news, predicted lineups, and ones to watch 9 days ago

Koln vs Borussia Monchengladbach preview: How to watch, kick-off time, team news, predicted lineups and ones to watch 22 days ago
Restore your password
Please enter your user name or email.
Login Member or Writer Panel
Enjoy your own Customized Newspaperwith VAVEL topics' carousels!