The Borno Army started with a good momentum, and in the 3rd minute they nearly got the opener when Hussaini Bata latched on to a cross with a volley which failed to beat Rivers United goaltender, Abiodun Akande who stood in for Rotimi Sunday. 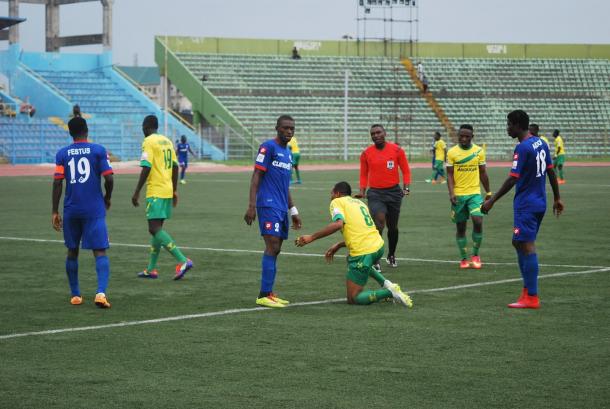 Within the space of a few minutes Suleiman Dori attempted an effort when he pulled the trigger on a free kick but once again Abiodun Akande remained alert to deal with the threat.

Occasionally, Victor Alegbe provided a glimmer of hope for the side from the Garden City but none resulted into a goal as El-Kanemi controlled the game and maintained momentum.

Nigerian league veteran, Isiaka Olawale was the orchestrator for El-Kanemi in the middle of the park as he continuously pulled the strings in the midfield with his excellent range of passing. Despite, the host's best efforts the first-half ended as a goalless affair. 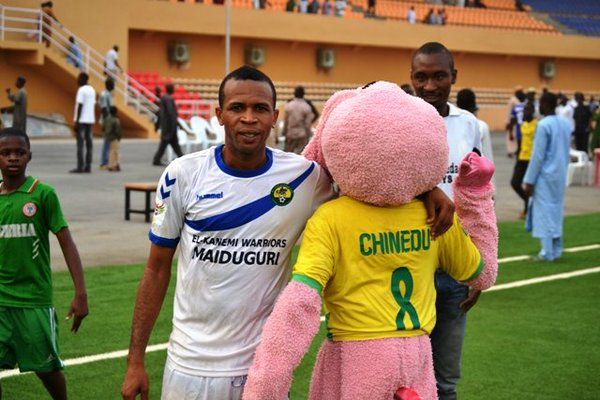 Hostilities resumed in the second-half with the home-side picking up from where they left off in the first 45 minutes. With just 5 minutes into the restart, Akande was called into action when he prevented a goal-bound effort from Isiaka Olawale.

Olawale was at his threatening best again and this time around El-Kanemi got the much needed goal they had been yearning for- when the midfielder sent an inch perfect pass to Chinedu Ohanachom who made no mistake to send a sublime chip past an onrushing Akande. 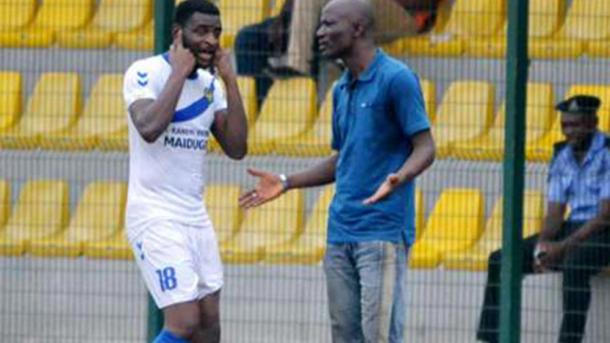 Thereafter, the Borno Army maintained their dominance over the game by holding possession for long stretches of time, thus, starving Rivers United of any opportunity of getting an equaliser as the minutes wore on.

Chances were few and far between for the home-side and virtually nonexistent for the visitors who were looking towards closing the points-gap on league-leaders Rangers International of Enugu and second-placed Wikki Tourists.

Except for the 61st goal from Ohanachom the game became a torrid affair as El-Kanemi continued their impressive home run at Maiduguri to climb to the 12th position on the league table while Rivers United remained in third.

Man of the match - Abiodun Akande

As it happened: Argentina progress into the knockout stages ahead of Nigerian counterparts 5 years ago
Nigeria vs Argentina Preview: Sampaoli hoping to avoid embarrassment with victory over Super Eagles 5 years ago

Osho rallies Remo Stars for first away victory 6 years ago