The baller plan seems to be back in action, and it has been confirmed that the Big Baller Brand has been officially relaunched.

With LaMelo Ball and Lonzo Ball yet to commit to the family brand, LaVar Ball decided to launch the website BigBallerBrandInc.com. It seems to be that the only son on board the baller path is LiAngelo, considering he's the only one that features in the website modeling his own collection, the 'G3'. 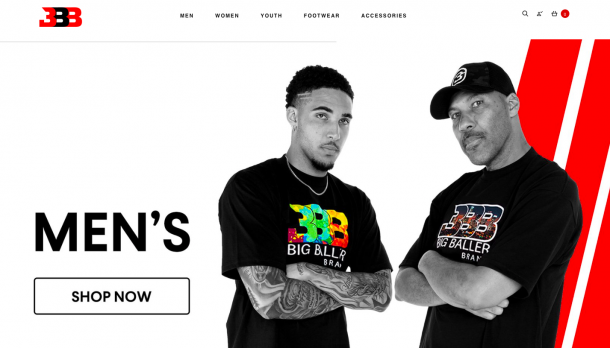 The prices are still pretty high considering the brand just relaunched. Men's Hoodies are set at $60 while the Gelo 3s go from $179 to $189. The brand also seems to have added a women's section, including Razerback tank tops and v-neck t-shirts.

Last year everything went south for LaVar, after his business partner Adam Foster stole more than $1 million from the company. The oldest brother of the Ball family, Lonzo, cut ties with Big Baller Brand last summer, and even covered up his “BBB” tattoo.

This will be an important summer for the brand, considering both LaMelo and Lonzo are sneaker free agents.