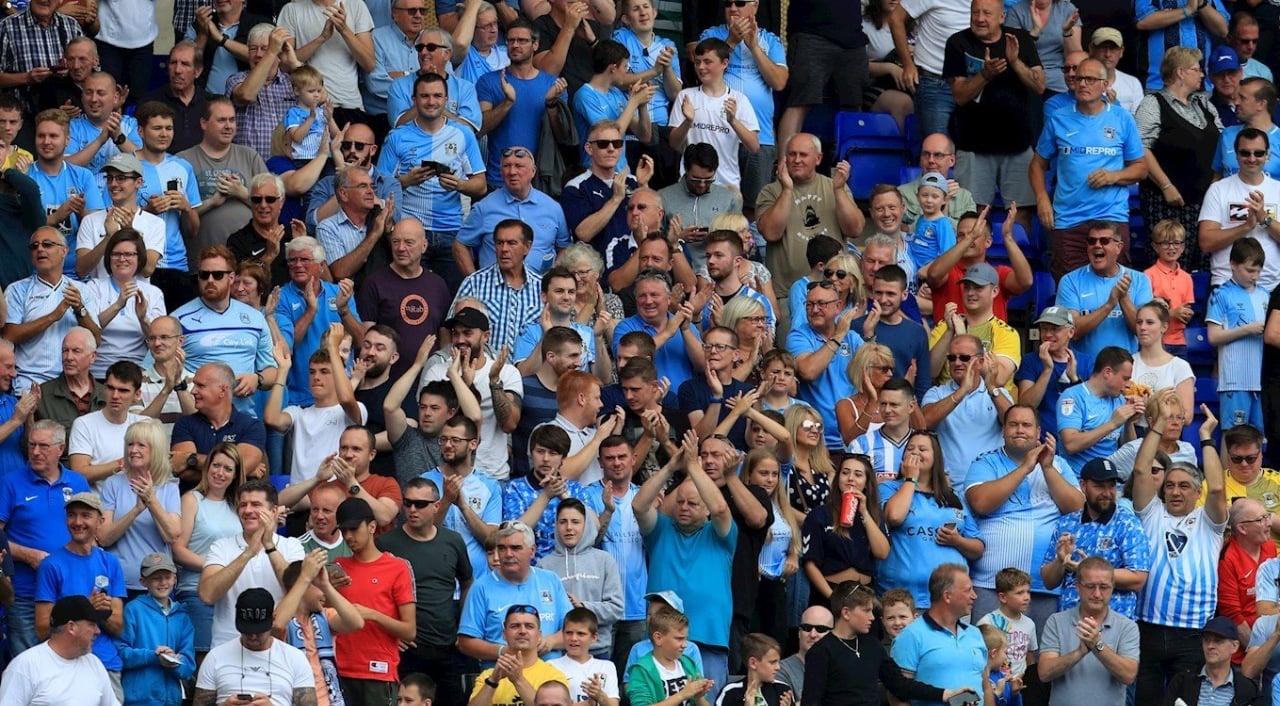 Coventry City Football Club is a professional association football club based in Coventry, West Midlands, England. The team compete in the Championship, the second tier of the English football league system. The club play at the 32,609 capacity Coventry Building Society Arena. The club is nicknamed the Sky Blues because of the colour of their home strip. From 1899 to 2005, Coventry City played at Highfield Road. The 32,609-capacity Coventry Building Society Arena (originally named the Ricoh Arena until 2021) was opened in August 2005 to replace Highfield Road. However, the club left the arena on two occasions having ground-shared with Northampton Town between 2013 and 2014 and Birmingham City between 2019 and 2021.