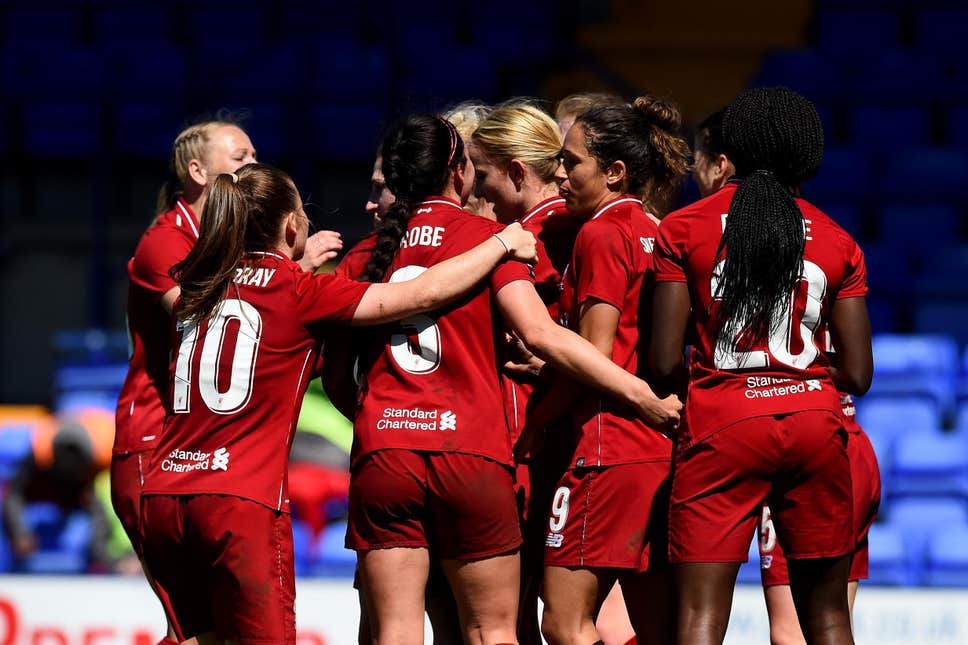 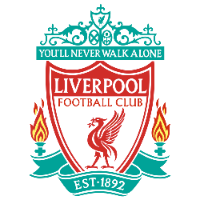 Liverpool Football Club Women are an English football team currently competing in the FA Women’s Super League, the top division of Women's Football in England. They play their games at Prenton Park, sharing the stadium with the Tranmere Rovers FC from EFL League One the men’s third division.

The team was founded in 1989 under the name of Newton LFC, but in 1991 it changed to Knowsley United WFC. With this new title, they became a founding member of the National Premier Division, organised by the Women’s Football Association. They were runners-up in 1993 and 1994, losing to Arsenal and Doncaster Belles.

In 1995, Knowsley was included as Liverpool’s women’s team, although they were Liverpool Ladies Football Club. The Reds started competing in the FA Women's Cup and were also runners-up in the following two seasons. Due to a lack of support and investment they were relegated to Northern Division in 2001.

The team rejoined the Women’s National League in 2006 and after their first season back, they sacked manager David Bradle, appointing Robbie Johnson.

During the next four seasons, the team was relegated once more to Northern Division and won the title and the FA Fair Play Award. In April 2011, the first professional women’s football league was created in England and Liverpool was one of the eight founding teams. In June 2012, Johnson left Liverpool after winning only two games in the previous two seasons. Assistant manager Andy Williams took over for a short period before Chelsea’s manager, Matt Beard, was signed for the next two years.

Beard made significant changes to the team in from order to promote them and signed high profile payers like Whitney Engen and changed stadiums from the West Lancashire College Stadium in Skelmersdale, to the Halton Stadium in Widnes.

Finally, in 2013, Liverpool managed to win the Super League title and again the following season. Matt Beared announced his departure in 2015 after finishing seventh in the domestic league, reaching the semi-finals of the FA Cup, fifth round of the FA Women's League Cup and round of 32 in the Women’s Champions League.

His assistant manager, Scott Rodgers, lead the team for the next three years before leaving by mutual consent.

Neil Redfearn took on the responsibility of the team in 2018, but after his first match resulting in a 5-0 loss he resigned. Chris Kirkland, goalkeeper’s coach at the time, was appointed caretaker manager until Vicky Jepson signed in October 2018.

Her journey with LFC began in 2009 when she was asked to work in the club’s Foundation and spent seven years with women and girl’s football.

Her work around so many areas of the club such as development squad manager, first team analyst or level one coach educator at the FA, gave her the opportunity of being nominated for the FA female development coach of the year in 2014. She finally won the award in 2015.

On April 2017, Liverpool Women became the first British team in the Super League to wear a different advertising company on their shirts than the men. In this case it was Avon Products, a cosmetic company, who signed a three-year contract and became the team’s main partner.

In July 2018, the club was re-branded Liverpool Football Club Women.

Last season, Liverpool Women saw a decrease of 29% in their attendance rates, just below Everton who had the lowest rates of the league. Both teams have had these problems, part of this for Liverpool was due to sharing stadiums with Widnes Vikings in an area not that close to Liverpool.

Prenton Park, Liverpool FC Women’s current stadium, is 108 years old and has a capacity for 16,567 fans. In 2018, they signed a contract to play there for the next three seasons leaving Widnes and setteling 15 minutes away and over the River Mersey from Liverpool.

Tranmere Rovers allowed Liverpool’s men Under 23 and Under 19 play at their stadium and were glad to share it with Liverpool Women as well. The women are now using their facilities for all their home fixtures and trainings sessions.

The quality of the pitch was on the front page of the news in 2019 after Liverpool played Chelsea in what was, literally, a mud bath. Emma Hayes, the Blues’manager, said she expected more from Europe’s champions.

The club then offered Anfield to the women for the first time in November against Everton, where the Toffees were 1-0 victors in front of over 20,000 fans.

As mentioned above, Vicky Jepson is Liverpool’s manager working with Emma Humphries as the first team’s coach. Jen Herst is the current goalkeeper’s coach; Jordan Kevan is the team’s analysis studying each player’s performance. The medical deparment of the team is formed by Hina Chauhan, physiotherapist; David Robshaw, physical performance coach and Phil Clelland, club doctor.

The Liverpool Ladies Regional Talent Club (RTC) is currently coaching 60 footballers from the North West by youth managers. The main aim is to promote female players to the best programmes and enables England Scouts to keep track of the best women in the country. Liverpool Ladies RTC has been awarded Tier One status, the highest level of excellence.

The RTC has teams in Under 10, Under 12, Under 14 and Under 16 categories and play against other RTC’s, such as Manchester United or Aston Villa.