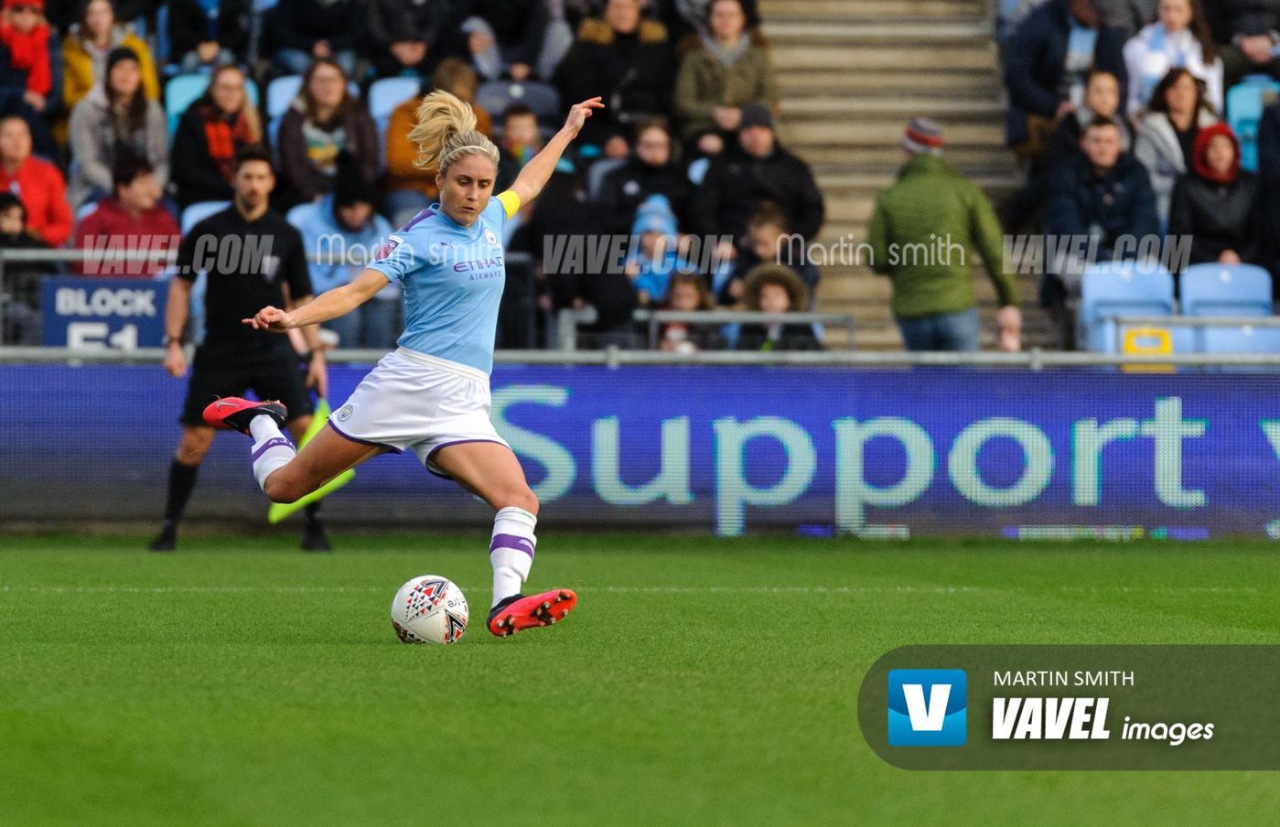 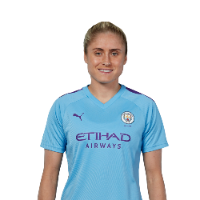 Stephanie Jayne Houghton MBE is a 31-year-old professional footballer from Durham, England, who captains Manchester City in the Women’s Super League as well as England and Team GB’s women’s football teams. She has played across a number of teams, and is one of the highest capped players in British women’s football. In 2014, she made history by becoming the first female footballer to be featured on the cover of Shoot magazine.

Houghton grew up in South Hetton in County Durham in the north-east of England where she first started to play football whilst in school. In an interview with the BBC, she said:

"Playing with the boys made me a better footballer, it made me more competitive and made me want to win even more. You were playing against the boys and wanted to prove how good you were."

Houghton started her footballing career as a teenager playing for Sunderland Ladies, where she had come through the ranks as a young player. Across her five years as a senior footballer, she helped the Wearside club to win promotion from the FA Women’s Premier League Northern Division to the national tier and was awarded the FA Young Player of the Year for her efforts during 2006-07. In that same season, Sunderland were relegated and Houghton faced interest from giants such as Arsenal and Everton, eventually opting to join Leeds United Ladies after five years playing her football in the north-east.

Playing predominantly as a left-sided defender, Houghton carried on impressing and gained a reputation for being a versatile footballer who could be utilised in many different areas of the pitch whilst playing in Yorkshire.

She spent three years with the Lilywhites between 2007 and 2010, helping Leeds to win the FA Women’s Premier League Cup in her final year that she was at the club. At Leeds, she played alongside women’s football greats such as Sue Smith, Carly Telford, Sophie Bradley and Ellen White. In 2010 and with the advent of the new Women’s Super League, the Yorkshire side opted not to apply for a license and Houghton made the move down south, and to Arsenal after making 45 appearances.

Houghton joined the Gunners in August of 2010 alongside fellow-Sunderland product Jordan Nobbs. Arsenal was the perfect fit for the defender who was now a regular England starter, a side who were one of the greatest in the women’s game and a team who regularly were challenging for silverware. Talking about her experience at the club in 2015, she said:

"It was the launch of the Super League and unfortunately Leeds weren't going to be a part of that. The only club I was really interested in was Arsenal, I didn't need encouragement to be part of a winning side.

"I wanted to win trophies and no other side was winning more than Arsenal at the time."

Whilst playing in London, she helped Arsenal to lift the WSL title, the FA Women's Cup and the WSL Continental Cup, with the latter two achieved as Captain of the side, before she transferred to new Super League side Manchester City after 74 appearances in which she netted 11 goals.

On 1st January 2014, Houghton made the move to Manchester City where she was to become captain for the club in their first season playing WSL football. City brought in a number of successful players such as Jill Scott and Toni Duggan, becoming an exciting prospect who could compete in the transfer market, and one whose players had access to top-level facilities at the City Football Academy that many other clubs could not compete with.

Her time so far with the blues has been an extremely successful one, and she lifted the Continental Cup in her first season.

In 2016/17, she won a domestic treble at the Academy Stadium - lifting the Women’s Super League, FA Women’s Cup and Conti Cup all in the same year.

During the 2018/19 season, City won a double of the FA Women’s League Cup and FA Cup, although they narrowly missed out on a league title to Arsenal.

On 24th January 2020, Houghton signed a two-year contract extension with City that would keep here in Manchester until the end of the 2021/22 campaign.

Houghton featured for England at U16 schools, U19, U21, U21 and U23 level. She first received a callup for the senior side on 25th October 2006 for a match against Germany in Aalen where she was an unused substitute. She made her debut in the Lionesses’ next match, where she replaced Emily Westwood during a 6-0 win against Russia in Milton Keynes. Her first start came three days later, in a 1-0 win over Scotland at Adams Park in Wycombe.

She missed the 2009 FIFA Women’s World Cup in China and UEFA Women’s Euro 2009 in Finland due to injury.

She played in all three games at WEURO 2013 where England bombed out in the group stage of the competition and was named as the new captain in January of the year after under head coach Mark Sampson, starting with a 1-1 draw against Norway in La Manga.

In November of 2018, she won her 100th cap in a friendly against Sweden held at the New York Stadium in Rotherham.

She was selected to captain the side at the 2019 WWC in France and scored an indirect free-kick in the round of 16 against Cameroon.

In 2012, Houghton was selected to represent Great Britain at the London Olympics. She scored in all three group games from a left-back position to help her country win all of their group matches including at Wembley Stadium against Brazil in front of over 70,000 supporters.

All information is correct as of 5th April 2020.