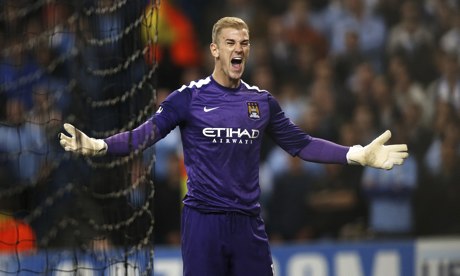 Dropped from the starting eleven in November after a string of uncertain performances between the sticks, Joe Hart will look back on a season that could have ruined a proposed summer in Brazil. Comical gaffes against both Chelsea and Bayern Munich threatened to derail Manchester City's promising start to the 2013/2014 campaign, but his reinstallation into the side after two months on the sidelines reassured Manuel Pellegrini that those mistakes would be a thing of the past. His distribution has to improve, but not many keepers approach the one-on-one battle with more confidence than Hart and his age hints at a promising future.

The considerably sized Romanian had his time in the limelight, but once Hart was ready to return to the starting eleven, Pantillimon's tenure between the sticks was never going to last. Manuel Pellegrini presented Pantillimon with twelve league appearances in which to stake his claim at Manchester City's first choice goalkeeper, but the fans were never really behind him and although he never allowed the Hart-like errors to enter his game, he wasn't able to display the spark that Joe often does. A sound option between the sticks, but there was never a feeling that he'd replace Hart on a permanent basis. Set to leave this summer.

Passion, pride and persistence; three words that perfectly summarise Pablo Zabaleta and his dedication to Manchester City. It's difficult to accept that the Argentine was once a clumsy 24-year-old susceptible to a blunder and a telling off from the referee, but six years in sky blue has injected a potent dose of 'Manc' into the South American's blood - a dose that has undeniably rendered the ex-Espanyol man one of the best full-backs in European football. Zabaleta has added a carnivorousness in attack to his game and his six assists this season contributed to City's admirable total of 102 league goals. Arguably City's most consistent performer of the year, Pablo Zabaleta will go down in history as a true sky blue legend.

Once Manchester City's most prized local possession, Micah Richards has fallen at the unforgiving hands of injury. The 25-year-old is set to leave the club this summer after falling irrepairably behind Pablo Zabaleta in the race for a starting position at right-back, but a series of muscle injuries has not helped his cause. The Englishman made just two league appearances under Manuel Pellegrini this season - heartbreakingly rendering the City legend unable to qualify for a league winners medal. Charisma and charm has characterised Micah in his entertaining interviews over the years, but not even City's second title win in three years could slap a smile onto the face of the defender who knew that his time was up in a post-match interview with City TV. Gone, but never forgotten, City fans wish the full-back every success in the future.

A titan in the heart of City's defence providing a rigid basis on which City's attacking players were allowed to attack with relentlessness. Often a victim of his own strength, Kompany resorts to recklessness in the tackle when the ball is unexpectedly taken from him and his indiscretion almost cost City on a number of occasions this season. However, City's back four looked a lot more approachable without the Belgian in it, and the captain's leadership and determination played a critical role in his side's title win.

The pony tail became the holy grail as the season progressed, and who would have thought that back in February? After contributing significantly to Manchester City's downfall in both the Champions League and FA Cup, Martin Demichelis treated a frusrated sky blue following to three months of assuredness and solidity in the heart of Manuel Pellegrini's defence. A titanic display against Hull City in Kompany's absence initiated a fruitful run of form that began to win over the Etihad and the 33-year-old deservedly picked up his Premier League medal on the 11th May.

First team opportunities were always going to be limited, but he seized his opportunities with professionalism and spurred the team on from the sidelines when he could. A fantastic servant to the club, and one every City fan will be disappointed to see leave.

Plagued by injury all season and never looked confident in the defensive system adopted by Manuel Pellegrini when he was available. A huge season lies ahead for the young Serbian and with the blues set to spend big on a new centre-back, Nastasić will have to resurrect the form he reached under Roberto Mancini.

He may be a better defender than Kolarov, but Clichy could never offer the excitement his Serbian counterpart installed into the side in their 2013/2014 title winning campaign. Pellegrini's attacking intent possibly demanded a little too much of the Frenchman who prefers to play in a deeper role and as a result the 28-year-old was mainly utilised away from home. A relatively disappointing season for Clichy who will be watching the World Cup from home as a result. 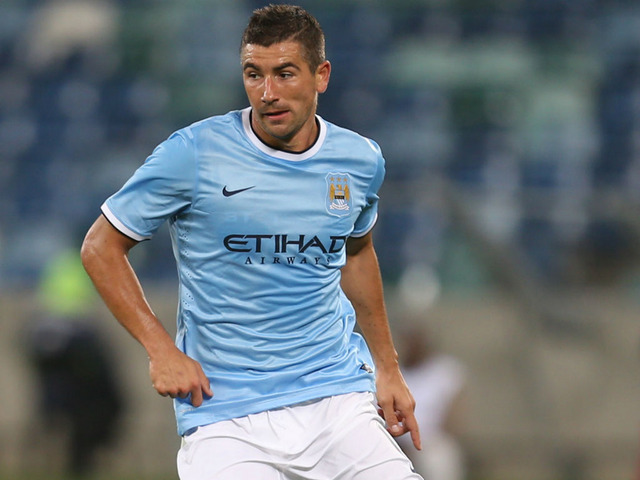 Flourished in an attacking system that was never encouraged by Mancini and Manchester City fans were introduced to the Aleksandar Kolarov that twinkled in Serie A five years ago. The Serbian offered width, pace and a wicked whip into the box whenever the blues pushed forward and although he may struggle defensively, Kolarov became one of the club's most important attacking minions this season. The 28-year-old continues to be linked with a move away from the club, but his many attributes could prove useful once again next term.

"I am very pleased, it was a perfect afternoon": The Key Quotes from Pep Guardiola's Post-Newcastle United Press Conference 3 months ago