Arsenal have recently taken a big step in their future and signed Chilean forward Alexis Sanchez. The club also allocated jersey number 17 to the new signee. That gesture by Arsenal elicits questions such as “Which Arsenal players have worn number 17?” and “Who is the greatest Arsenal player to wear 17?”. Today, we shall take a look back at all of the Arsenal players who have worn the number during the Premier League era of the club.

The Danish defensive midfielder was signed by the Arsenal manager George Graham soon after he led his country’s shocking Euro 1992 trophy-winning campaign. In the final of that tournament, Jensen did something that he only did once for Arsenal - score. He finally scored for the club in December of 1994 against Queens Park Rangers. It was a curling effort that eventually prompted fans to make t-shirts that said “I saw John Jensen score”. Despite his shortcomings in front of goal, Jensen still made over 130 appearances for the club and was a part of the cup double winning side in 1992-93 and the Cup Winners’ Cup winning side in 1993-94.

Hillier joined Arsenal as a trainee in 1984 and eventually worked his way into the first team in the late 80s. His ascent into the team was cut short by untimely injuries which made him miss crucial parts of Arsenal’s seasons. By the time he switched into to jersey number 17 in 1996, he was already on the decline. A failed drug test and a stolen money incident effectively ended his tenure at Arsenal.

The French midfielder was one of the most important signings of the beginning of the Arsene Wenger regime. He cost the club £2.5 million and immediately formed an effective midfield partnership with compatriot Patrick Vieira. Petit won the League and Cup Double during his first season and made himself a mainstay in the Arsenal midfield. By the time he was sold to Barcelona (for £7 million), he had already contributed a great deal to the success of the club. Still to this day, Petit is one of the most renowned Arsenal players. 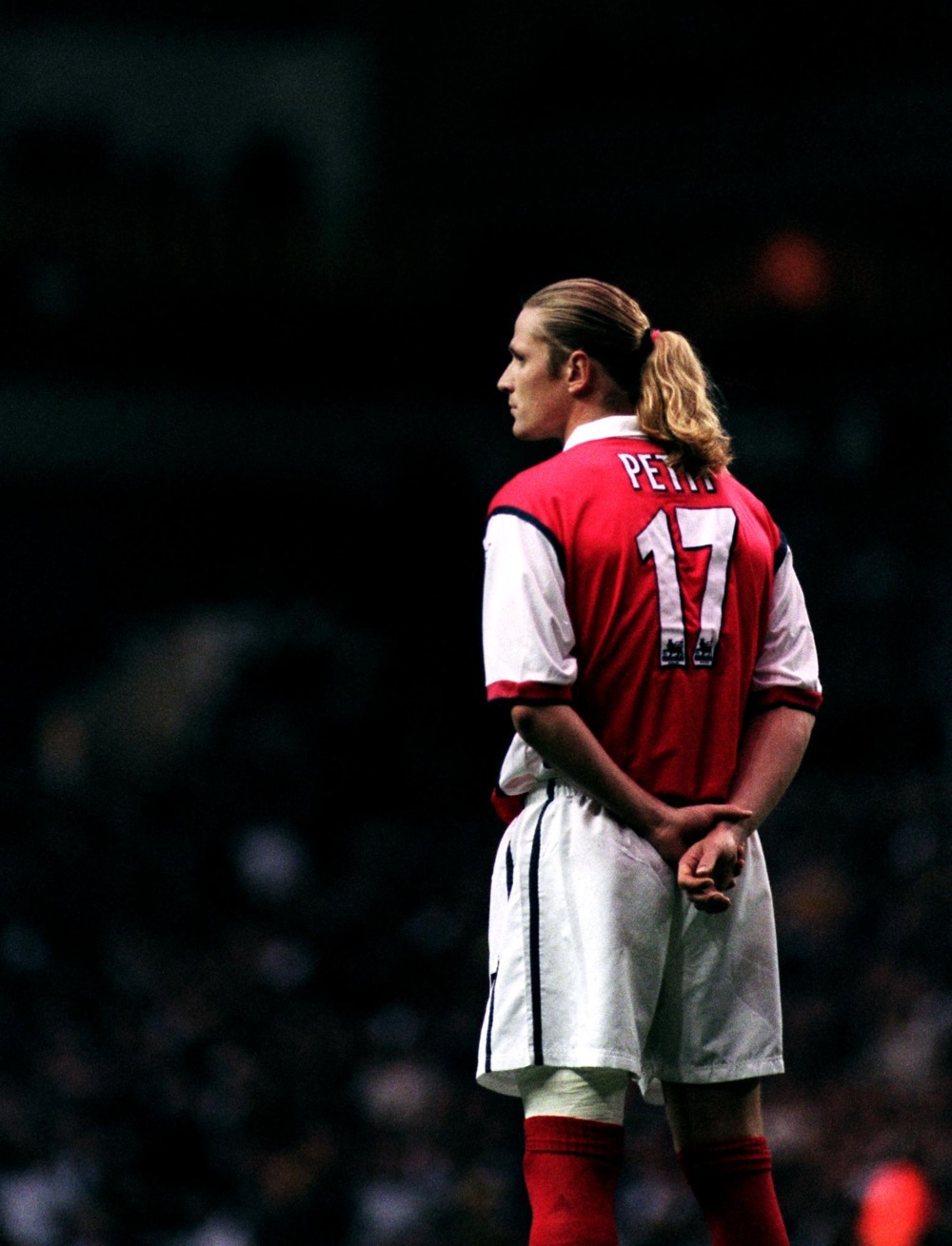 Brazilian midfielder Edu made himself a beloved household name to Arsenal fans all over the world with his play over the span of five seasons. He made over 100 appearances for the club in the centre of the park. He was an instrumental part of two Premier League winning sides, including the famous “Invincibles” from the 2003-04 season. He won three FA Cups as well, and scored in the famous 5-1 drubbing of Inter Milan in the Champions League. Edu was one of the most important and indispensable players of the Wenger era.

The Cameroonian midfielder continued the Arsenal tradition of giving the number 17 shirt to central midfielders. He first joined the team on loan in 2005 and was signed permanently a year later. His incredible passing ability is what made him a valuable asset to the club. In fact, he is known for his chipped pass that Robin van Persie volleyed to defeat Everton in the 2011-12 season. He was also the provider to one of the most famous goals at the Emirates Stadium, when against Leeds United, he slipped a through ball to the loan signing Thierry Henry. The legend promptly scored and sent Arsenal into the next round of the 2011-12 FA Cup. When Song signed for Barcelona in 2012, the fans were sad to see such a valuable player move on.

The Spaniard has had a short career at Arsenal, but has made nearly 50 appearances for the club since signing from Malaga. Despite this, he will have a hard time securing a permanent spot on the backline, due to the emergence of Kieran Gibbs. He will be switching to number 18 for the upcoming season.

Alexis Sanchez will be the first forward to wear 17 for Arsenal in the Premier League era. He will be expected to carry more scoring responsibility than all of these players. But all Arsenal fans do hope that Sanchez will be able to carry on a great legacy as some of these 17s have. Expectations for him this upcoming season are high.

The hidden importance of beating Slavia Prague a day ago

Folarin Balogun: Arsenal's Next Hitman a day ago

Slavia Prague v Arsenal preview: Team news, Ones to watch, Predicted line ups, and how to watch. a day ago

Miguel Azeez: Arsenal’s next midfield maestro a day ago

Does Ainsley Maitland-Niles have an Arsenal future? 2 days ago

Why Martinelli can be the difference for Arsenal 5 days ago

Martin Keown: "Arsenal players need someone to punch them in the face" 6 days ago