Manchester United beat West Bromwich Albion 2-0 last weekend and in the process extended their record to five games in all competitions without conceding a goal. It is now four league games without conceding, stretching back to the hammering at Arsenal. They sit just two points from the Premier League summit in fourth place. In addition, their midweek victory over CSKA Moscow means victory in the next fixture at home to PSV Eindhoven, and they will qualify through to the knockout stages. All in all, things are pretty good if you are a United fan, right? Wrong.

There is still a lot of discontent on the terraces, and whilst Louis van Gaal believes the criticism has been drummed up by comments made by Paul Scholes, he would be wrong. Scholes' comments may have caused a few more anxious fans to voice their opinions in the stadium or via their keyboards, but he merely caught the mood. To a degree, some of the criticism is a little over the top but you cannot blame punters who are paying a substantial amount of money for tickets to complain about a lack of entertainment, when there is so little on show.

Teams not willing to open up

The Russians came to Old Trafford with no attacking intent. Considering they are a force in their own country, and have consistently done well in Europe, their lack of ambition was appalling. They had no thoughts of building attacks, and merely hoped to catch United on the break. They so nearly did, and but for a wonderful save from David De Gea and an incredible block from Chris Smalling, then United fans may have gone home even more disgruntled. The 'Attack' chants came out during the game, but in truth United did carve out openings and they were camped out in the CSKA third for the majority of the game. When Wayne Rooney scored the winner with little over 10 minutes left, the stadium erupted and you sensed the main emotion was relief.

West Brom came to Old Trafford with little more ambition. They sat back with a minimum of seven defenders in their own penalty area and created a tough wall for United to break down. Again, United dominated but at half time they really only had a Juan Mata effort that went wide and an Anthony Martial snapshot that was straight at Boaz Myhill. Jonny Evans needed to block a Jesse Lingard effort too, but goalmouth incident was at a premium. It took a wonderful moment from Lingard to break the deadlock, and score United's first goal in open play outside of the penalty area since December 2014. That's some statistic, and maybe a hint at how to break down a stubborn rearguard. Shoot.

West Brom did at least pile forward when they sensed a counter, and Smalling was again on top form to repel most of the balls played up to Salomon Rondon, and yet the Baggies could also have took something from the game had Saido Berahino not fluffed a header from six yards. They did become slightly more adventurous as time ticked away, and a United counter sent Martial away and West Brom were undone. On the face of it, it was job done. A tough Tony Pulis side, who had only conceded to Crystal Palace on their travels, parking the bus. Even in the 'glory' days, that was hard to overcome, and patience was always the key unless you were able to score early. Yet, despite it being a good result and a reasonable performance, United still look restricted and inhibited.

There appear to be two issues. One is Wayne Rooney. The other is a general lack of confidence. Rooney has been made the scapegoat for several under par performances by United, and whilst he has not played particularly well it is unfair for him to be singled out. He needs to find some form because it seems clear that the manager likes him and so do the players, but the fans need to see more from him. He has previously gone on scoring droughts and when he ends them he normally starts scrorng consistently and fluently. Now, it just isn't happening. The hat-trick at Club Brugge didn't kickstart him, his goal at Everton didn't and despite scoring the winner against CSKA, he never really threatened to net against West Brom in the league. 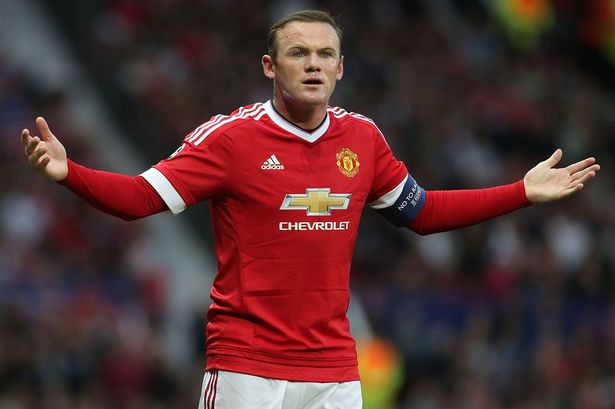 It is not just the goals, his all round play is not really of the standard he has set himself. His touch is poor, he loses more than his fair share of duels and he just isn't able to knit the players around him. He works hard, he always will, but it is almost as if he is trying too hard on occasions. He cannot get around the field as quickly as he once did, but he doesn't seem to choose the right opportunities to press or make a run. If Rooney plays well, then United tend to also, so the captain finding form will provide a huge boost. Right now, he and several others are looking shorn of confidence. Players are reluctant to gamble, to make a run and try and hurt defences. The safe pass is the only option taken.

Ironically, two of the younger players are prepared to get beyond defences and run at defenders. Martial and Lingard have done that to good effect in recent weeks, and Lingard especially has been unlucky not to open his account before doing so against West Brom. The other midfielders and forwards need to look at themselves, because although van Gaal sets out the team, United have a lot of experience in their ranks and the players have to take responsibility for lifting the gloom. They need to take a chance on a forward pass, on getting beyond their opponents, or maybe just having the odd shot here and there. In the olden days a crunching tackle could get the crowd going, but with the British game becoming less British with every season, then the players need to show their class and start creating.

It's easier said than done of course, as the Premier League is getting much tougher. Manchester City, with their squad packed with quality, settled for a point in the derby - at half time. They were happy to see the game out and were awful in their approach to the second half. That is the attitude from the leaders of the division. Last years champions, Chelsea, are finding that nothing is going their way right now, but the top teams never relied on luck in the past. A bad decision may cost you in the odd game, but not continuously as they are experiencing in almost every game. They can't seem to overcome a setback. United aren't suffering too many setbacks, but they are also only making steady progress and almost doing the minimum to get over the line in games. And if they don't score, well at least they never got beat. That has to change. There has to be some risk taking, and the more experienced players need to grasp the nettle.

The younger players are showing the way and it should be the other way around. The example should be set by Rooney and the other players around them. Watford away is the next fixture after the international break, and it may prove to be a good one. The Hornets have come up from the Championship and showed no fear. They are playing on the front foot, and United may well find space of their own. Probably two of the better performances from United this season have come away at Everton and Southampton, although they chased shadows for 20 minutes at St Mary's and still needed some De Gea brilliance to hold onto the win. If United can find their shooting boots at Vicarage Road, then maybe the players can kick on. Van Gaal's system is restrictive, but the players are the ones that go out on the field and they need to be the ones to provide the fans with performances that they deserve.

Crystal Palace vs Manchester United preview: How to watch, kick-off time, team news, predicted line-ups and ones to watch.&nbsp; a day ago

Chelsea 0-0 Manchester United: Another stalemate for United against a 'Big Six' side 3 days ago

Chelsea vs Manchester United Preview: How to watch, kick-off time, team news, predicted lineups, ones to watch 4 days ago

The Warmdown: Vocal Henderson commands Manchester United into Europa League Round of 16 6 days ago