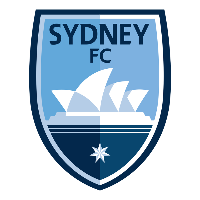 Arsenal started their pre-season with a 2-0 victory over A-League champions Sydney FC on Thursday morning.

The North London side were impressive in the first half, as Per Mertesacker opened the scoring on four minutes, before Alexandre Lacazette rounded things off with his first strike for the club. There were meanwhile impressive debuts for many of the club's academy players.

Arsenal start with three at the back

For the Gunner's first game of pre-season, Arsene Wenger opted to go with the formation that served his team so well towards the back end of the 2016/17 campaign. There was a debut for Sead Kolasinac at left centre-back, who was starting alongside Mertesacker, and talented Polish defender Krystian Bielik, who had a loan spell with Wigan last season.

In midfield, Francis Coquelin started next to Joe Willock, who's brother, Chris, has just left to join Benfica. Willock was making his senior debut for the club, along with two others; Cohen Bramall, signed from non-league Hednesford, and Reiss Nelson, who were operating as wing-backs.

Arsenal's first half tempo and sharpness was hugely impressive, especially for a first outing in seven weeks for the players, and it was summed up by the Gunners taking the lead early on.

After just four minutes on the clock, the captain Mertesacker was on hand to give his team the lead. The big German is set to become the head of Arsenal's academy next season, but he showed no signs of a man reaching retirement with his goal. Ozil's corner bounced off a Sydney player, before Mertesacker found the net brilliantly on the turn inside the six yard box.

Arsenal were causing plenty of problems in the first half, and Sydney were lucky not to go further behind throughout the opening 45 minutes. Sydney were struggling to pick up their markers from corners, and learned no lessons from Mertesacker's strike, as twice the Gunners came close from Ozil deliveries, with Walcott and Bielik unable to find the target.

Willock looked very good in the middle of the park, as Arsenal seemed sharp and composed on the ball in their first pre-season friendly. It was Nelson however that really stood out. The 17 year old looked highly effective on the right, with his tricky and direct play causing troubles for the Sydney backline. He was keen to get on possession and looked very comfortable during his senior debut.

Sydney on the other hand gave Arsenal a rather untroubled half for the most part. There were two chances which came in the same phase of play however which could have meant the two teams went in at the break all square. Joshua Brillante burst past Mertesacker just after the half hour mark before forcing Petr Cech into a save. The follow up from Matt Simon then struck the post.

It was the Sydney goalkeeper, Andrew Redmayne, who had a trial with Arsenal when he was a teenager, that kept his side in it for much of the game. His performance in the latter minutes of the first half was particularly good, as he made a solid double stop from Walcott and Coquelin on 35 minutes, before denying the impressive Willock one-on-one just before half time.

However a penalty save early in the second half was where he really earned his call. A poor back pass allowed Welbeck to pick up possession before he slid the ball to Walcott. His shot looked to have been blocked by the arms of defender Sebastian Ryall, but replays showed it had actually hit his back.

Nonetheless a penalty was given, and justice was done for the incorrect decision, as Redmayne saved well from Welbeck.

Lacazette finds the net on debut

The second half of pre-season fixtures can usually end up as drawn out affairs with wholesale changes made to each sides. Wenger made ten past the hour mark, one of which was Lacazette. Arsenal's second half performance wasn't as fluid, and that was to be expected with all the changes, but it did allow the Frenchman to score his first for the club with under ten minutes remaining.

Alex Iwobi got down the right hand side, and then picked out Lacazette who had made a late run into the box before sliding the ball home. It was a goal that all the Arsenal fans wanted to see from their new record signing, and the paying customers got just that.

Before that however, there were chances for another of Arsenal's debutants; Eddie Nketiah. With his first chance he fired wide, before striking Granit Xhaka's corner against the post.

Like the first half, there wasn't much joy for Sydney going forward. That was despite a makeshift back-line of Ainsley Maitland-Niles, Mohamad Elneny and Nacho Monreal for the final 20 minutes or so.

Their best chance arguably came in injury time as Elneny's back pass was latched onto by John Iredale but Emi Martinez came out well to smother him.

The key quotes from&nbsp;Mikel Arteta’s post-match interview a day ago

Pierre Emerick-Aubameyang: Slow start is nothing to worry about a day ago

The Warm Down: Manchester City 1-0 Arsenal 3 days ago